Lunar ice crucial for a moon base explains NASA expert

Britain will head to the Moon not once, but twice in 2021 thanks to pioneering firm Spacebit who hope to change the way we explore space. The UK-based company will see its first mission in July when it will use a Vulcan Centaur rocket to blast into space. The firm will then return to the Moon a few months later, with the second launch scheduled for October via a SpaceX Falcon 9. Express.co.uk spoke with Spacebit CEO, Pavlo Tanasyuk, about the “first UK adventure to the Moon” and what it could mean for space exploration in the future.

He said: “This is unique because we are the only company in the world as far as we know, to have secured two flights [to the Moon in 2021].

We are the only company in the world as far as we know, to have secured two flights to the Moon

“And the reason why we did that is simple: because we promised Britain we will successfully land our rover on the Moon – and in order to deliver that promise, we have to make sure that we have some alternatives in case something goes wrong with the first one.

“That’s why to have two missions in the same year, almost at the same time, is actually quite hard for a company in terms of technology, in terms of finding money to pay for that, but in order to fulfil our promise, it’s really a must.”

Spacebit’s Asagumo four-legged walking rover will be the first to fly on that first Commercial Lunar Payload Services (CLPS) mission. 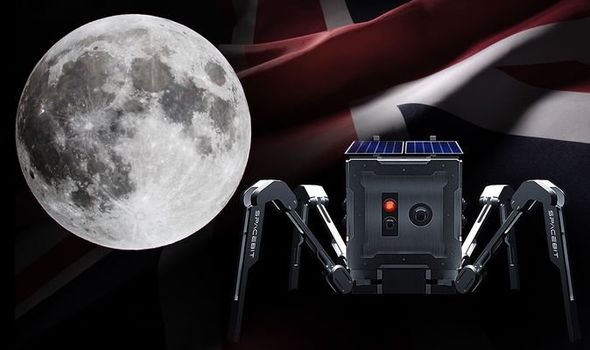 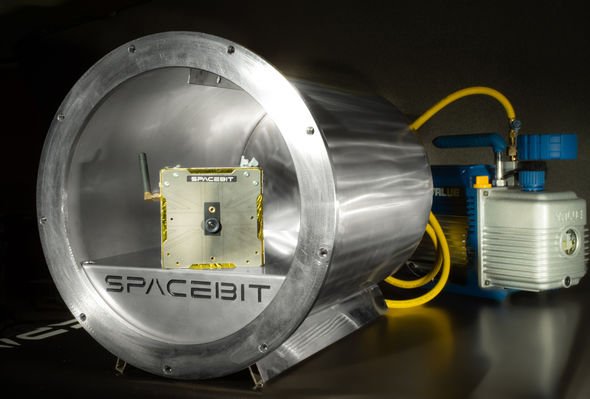 This was created by NASA to involve commercial partners to send both experiments and cargo to the Moon ahead of its Artemis crewed lunar missions.

Mr Tanasyuk said it was time “the first time a rover is using legs instead of wheels”, allowing the unmanned probe to search for future Moon bases.

He said: “Why [the rover] has legs is because we want to go and explore terrain, which is not accessible for rovers using wheels, such as lava tubes.

“We believe there is a network of lava tubes on the Moon, similar to what you can see somewhere like Tenerife. 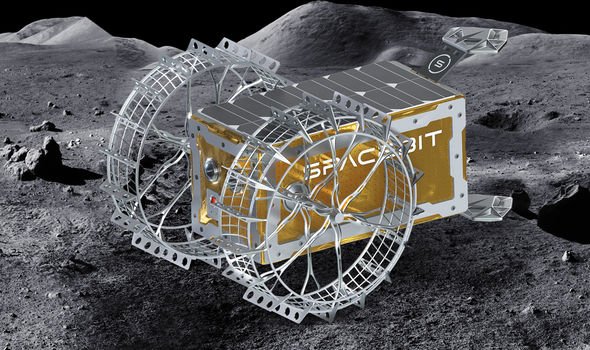 “The actual benefit of having legs is you can go to places where you cannot really go with wheels.

“Lava tubes are important because they are fine to live [in].

“And there are some people in the world scientists who would agree this reason, it’s one of the safest places for the future settlements on the Moon.

“If you want to build a structure on the moon using regolith, well, it’s a very difficult process.

“But if you can find a lava tube’s entrance, then you are shielded from all the radiation and deviation in temperature inside lava tubes should be stable – around minus 30 [C].

“So it’s a bit cold, but it’s sustainable. But on the surface, you have minus 70 to plus 130 [C] in some places, so it’s really harsh environment.”

However, the Spacebit head admits success is not guaranteed due to the complex nature of the mission.

He said: “I’m not a hundred percent sure that we will be able to enter lava tubes on our first rendezvous with the Moon.

“The reason for that is because Astrobotic [Peregrine lander] is having a flight plan, where certain decisions will be made just before the landing.

“So we don’t [yet] really know the exact spot where it’s gonna land. 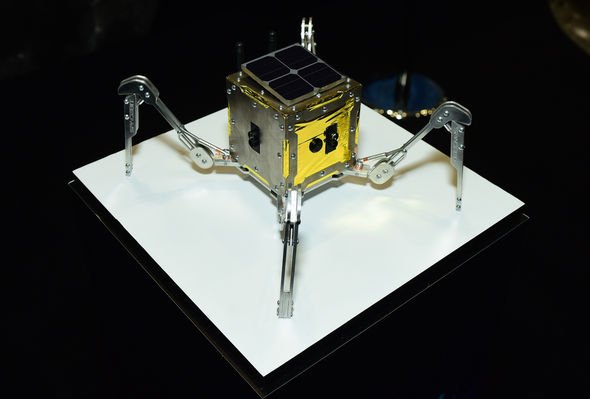 “So if we land in the proximity of the lava tube, that we are lucky, and it will go and explore.

“And if not, then it’s basically a technology demonstrator, something that we can walk on the Moon, and also to use our sensors to gather scientific data as well.”

This rover has a more general purpose of assessing which resources are available on the lunar surface, with the aim of providing support for NASA’s Artemis program.

Mr Tanasyuk said: “If you want to go long distance, you use wheels.

“[If] you want to get to Brighton from London, you take a car and that’s what most people do. And the same applies to rovers.

“So we will be using rovers with wheels to get us somewhere and then rovers with legs to get out and explore.”

Taken in tandem, this pair pf probes are expected to provide multiple opportunities for better understanding the Moon’s makeup and the location of future manned lunar habitats.