Fifty-three years ago today, NASA made history by taking the first “small step” towards putting a man on the Moon for the first time. On July 16, 1969, Apollo 11 was blasted into orbit by a Saturn V rocket from Kennedy Space Center in Florida, as it took about four days to reach the Moon. While the world celebrated the moment Neil Armstrong took “one small step” for man, NASA scientists were left confused after realising that due to a miscalculation, the lander had overshot and was far from where the astronauts were supposed to land.

Speaking to Science Digest, Apollo 11 scientist Professor Farouk El-Baz, the leading geologist on the program, admitted that NASA had no idea where they landed.

As the descent began, Armstrong and Aldrin found themselves passing landmarks on the surface two or three seconds early, and reported that they were “long” – Eagle was travelling too fast and the consequences could have been unspeakable.

Speaking exclusively to Express.co.uk, Professor El-Baz explained: “Because there was something that we didn’t really know happened is that two spacecrafts that are together, are then separated by a push from the lunar orbiter, the thing that stayed in orbit.

“So they pushed the lander towards the sky. Then there was an over-estimated push, they added a great deal of velocity towards it. 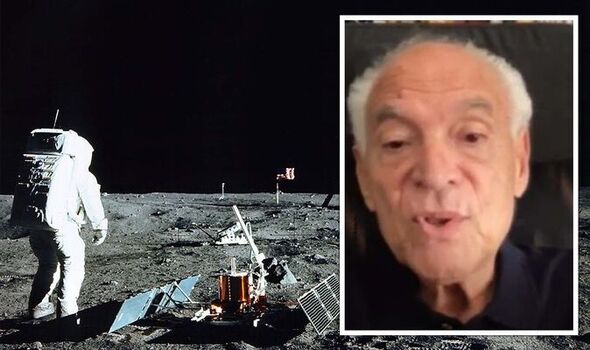 “So instead of going towards where it was supposed to land, it landed far away and we didn’t know where it was because as we started looking at the picture that they took, and none of the pictures was anywhere near the landing site at all.”

Prof El-Baz noted that following the confusion, NASA gathered the “entire geological community” of about 18 geologists in a single room to figure out exactly where the astronauts landed.

He continued: “We said we must be able to figure out where they landed from their pictures, around their spacecraft.

“Then they started looking at the spacecraft and they tried to make it fit anything that we know about where they landed, and we got nothing. 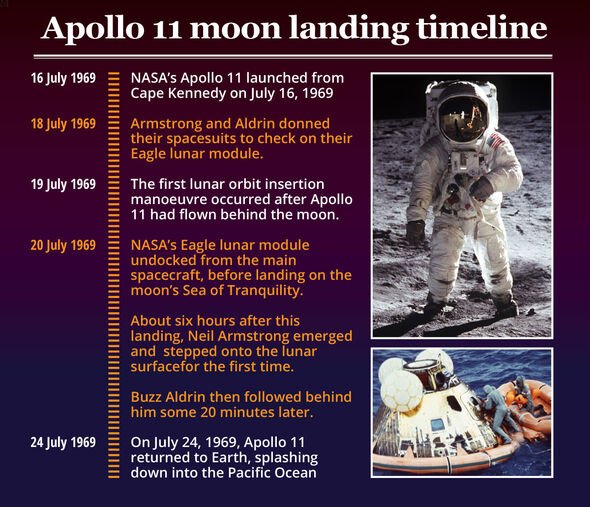 “We couldn’t figure it out, not at all. Until the very last time when the astronauts actually left with the spacecraft and moved up and began their journey towards the Earth and we found out exactly where they landed based on detailed pictures.

“It was really crazy that the astronauts landed, they picked up the rocks, they took all kinds of rocks, we saw by television, and we did not know at all until they moved out.” 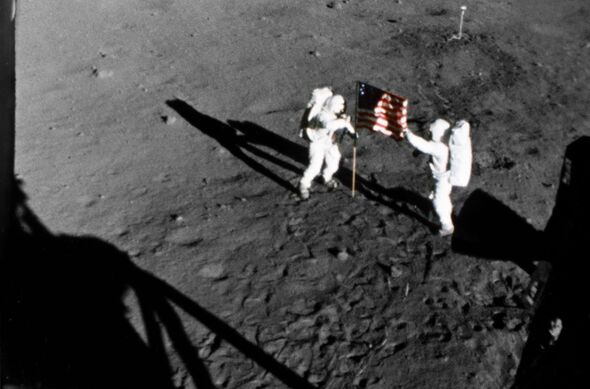 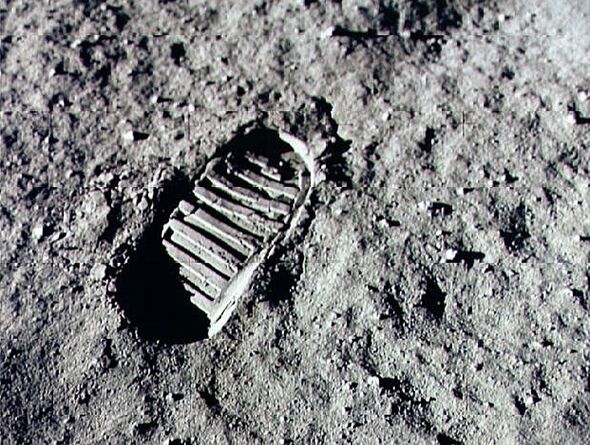 Five minutes into the descent burn, and 6,000 feet above the surface of the Moon, the guidance computer distracted the crew with the first of several unexpected 1201 and 1202 programme alarms.

Inside Mission Control, computer engineer Jack Garman told Guidance Officer Steve Bales it was safe to continue, and this was relayed to the crew.

But when Armstrong looked outside, he saw that the computer’s landing target was heading for a huge crater and so he was forced to take over control.

The former test pilot cleared the crater and found a patch of level ground with just seconds of fuel remaining, but, what later became Tranquility Base, was actually miles from where they should have been.