On Thursday, a small Israeli nonprofit, SpaceIL, will attempt to make history and become the first private organization to land a spacecraft on the moon.

This is a feat that has only been accomplished by three nations — the United States, the former Soviet Union and China. The SpaceIL lander is named Beresheet, which means “Genesis” or “in the beginning” in Hebrew.

The mission costs about $100 million, far less than government-sponsored spacecraft that have been to the moon, although it is designed to survive just a few days, and it is not carrying sophisticated payloads.

If the landing succeeds, it would validate the faster and cheaper approach that space agencies and private companies seeking lunar business opportunities want to pursue. A failure would point out that these small missions are also inherently riskier and that backers must be willing to accept periodic failures.

When will Beresheet land and how can I follow it?

Landing is scheduled for 3:25 p.m. Eastern time. That’ll be 10:25 p.m. in Israel. SpaceIL will stream its coverage on YouTube from a site near Tel Aviv that is home to the mission’s command center.

Where will it land?

The landing site is within a lava plain known as the Sea of Serenity. The spacecraft is aiming at an 86-mile-wide target area in the northeastern section of the plain, chosen largely because it is flat with few craters.

How will Beresheet land on the moon?

The spacecraft is in an elliptical orbit that brings it as close as 10 miles from the surface, looping around once every two hours.

As it approaches the moon, at a distance about 525 miles, an automated sequence will fire the main engine to slow the spacecraft down. If for some reason the engine does not fire, the spacecraft can abort and go around the moon for a later attempt.

But once the engine powers up, “We’re at the point of no return,” said Opher Doron, the general manager of Israel Aerospace Industries' space division, which collaborated with SpaceIL on building Beresheet.

When it is less than a mile above the moon, the spacecraft will rotate to descend vertically. Then, when it just 16 feet above the surface, the engine will shut off, allowing the lander to fall slowly to the ground.

This is the riskiest part of the mission.

Beresheet is using a laser to measure its altitude. “It's a system that was quite challenging in the development and arrived quite late,” Mr. Doron. That limited the amount of testing.

Even if everything works as designed, the landing could still fail if by chance Beresheet sets down on a boulder or on a steep slope. The spacecraft has no means to identify obstacles and avoid them.

What will it do once it gets to the lunar surface?

An instrument built by the Weizmann Institute of Science is to measure the moon’s magnetic field as the spacecraft approaches for landing. That information could reveal something about the iron core far below the surface.

NASA provided the spacecraft with retroreflectors, essentially, mirrors that reflect light in the same direction as the incoming beam. Lasers on Earth shined at that spot will bounce back, enabling precise measurement of the distance between Earth and the moon. Apollo astronauts left similar devices on the moon nearly 50 years ago.

The spacecraft is also a time capsule containing hundreds of digital files including the Torah, the Israeli flag, artwork contributed by the public and a children’s book that was inspired by SpaceIL’s mission to the moon.

It also will ferry a digital archive containing 30 million pages of information — including a full version of the English-language Wikipedia encyclopedia — provided by the Arch Mission Foundation, a nonprofit seeking to create a backup of humanity’s knowledge.

But the mission won’t last long. Beresheet is not designed to operate for more than a few days. It will land at the beginning of a lunar day. The electronics are not designed to survive the hotter temperatures that prevail on the moon’s surface as the sun gets higher in the moon’s sky.

Why did it take so long for the probe to get to the moon?

The spacecraft, launched in February, took a long but fuel-efficient route. Instead of blasting out of Earth’s orbit, it gradually elongated its elliptical orbit until it passed close enough to the moon to be captured by lunar gravity. Then it spent a few more days making its orbit around the moon more circular before attempting a landing.

What other moon landing plans are happening this year and in the years ahead?

India is planning to send a robotic lander later this year. NASA is also planning to hire commercial companies to send experiments to the moon. In January, a Chinese spacecraft became the first to make an intact landing on the far side of the moon. 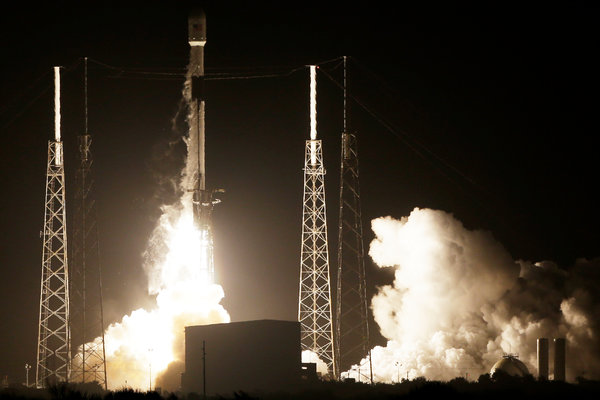 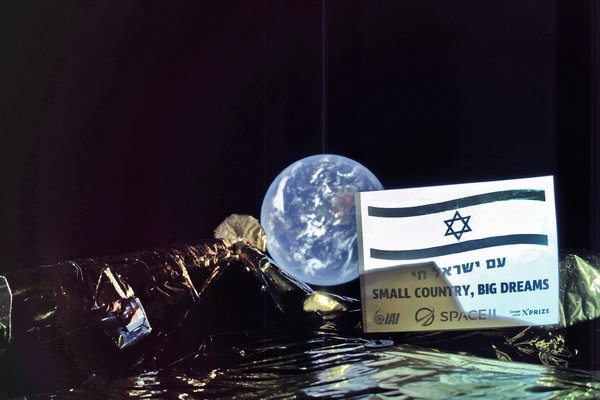