In mid-November, headlines were made when authorities spotted a mysterious shiny, metal monolith in the middle of the Utah desert. In the following weeks, similar structures began popping up around the world, with one appearing in Romania and another in California. Now, a fourth has been found, with the shiny structure being spotted in the Isle of Wight.

The Isle of Wight monolith, which was found on Compton Beach on the southwest of the island, is around 10ft tall and much more reflective than the other monoliths which have been discovered.

Walkers along the beach discovered the strange structure, with photographer Lee Packham posting on Twitter: “Strange monolith on Compton Beach today. Any ideas?”

Local Catherine Tregear spotted the monolith while on a walk with her husband.

She told local media outlet On The Wight: “It had a foundation and was completely vertical. The glass had no sign of weathering. It was perfect!” 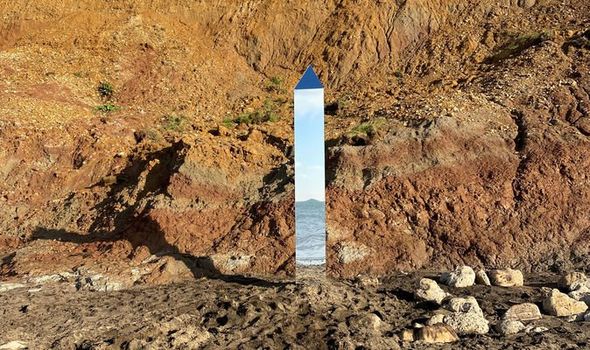 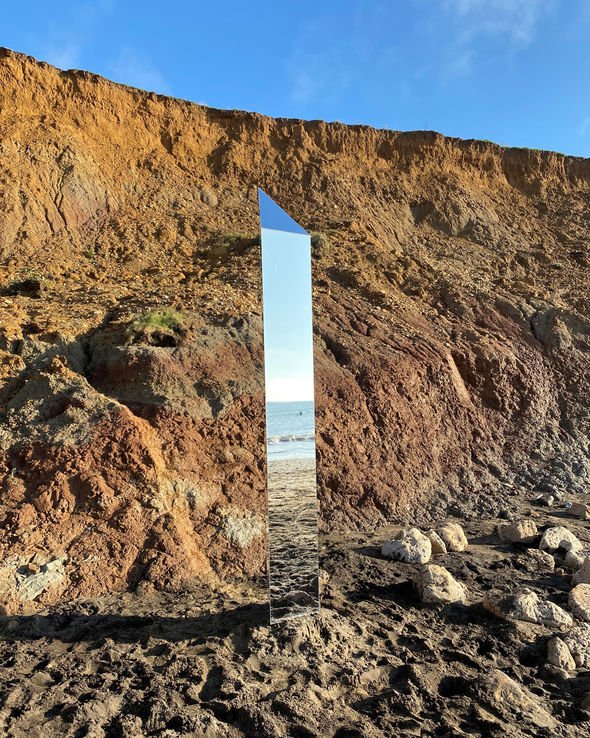 Another local Tom Dunford, 29, described his experience when he spotted the monolith to Sky News: “We went down the steps and to the right about 100 yards in front of us we saw this big reflection of the sun.

“I knew about all the monolith stories recently, so I recognised it straight away.

“The person who put it there knows what they’re doing. It’s really reflective. It’s someone playing a practical joke, I don’t believe in any of these conspiracy theories.”

While the monoliths in the Isle of Wight and Romania remain a mystery, an art collective group has claimed responsibility for those found in the US. 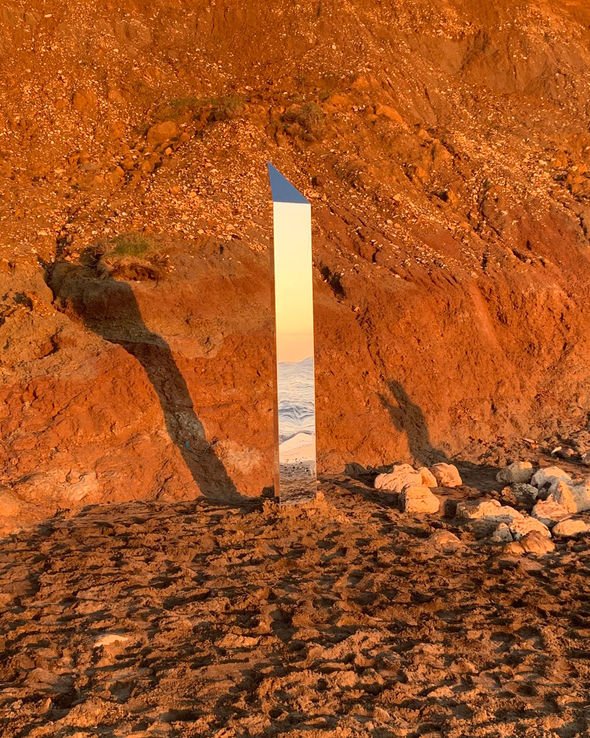 The group, known as The Most Famous Artist, is now selling replicas of the monoliths on its website.

The group’s founder, Matty Mo, said the monoliths in the US were planted to cheer everyone up after a miserable year.

Mr Mo told Mashable: “What better way to end this year than let the world briefly think aliens made contact only to be disappointed that it’s just The Most Famous Artist playing tricks again. 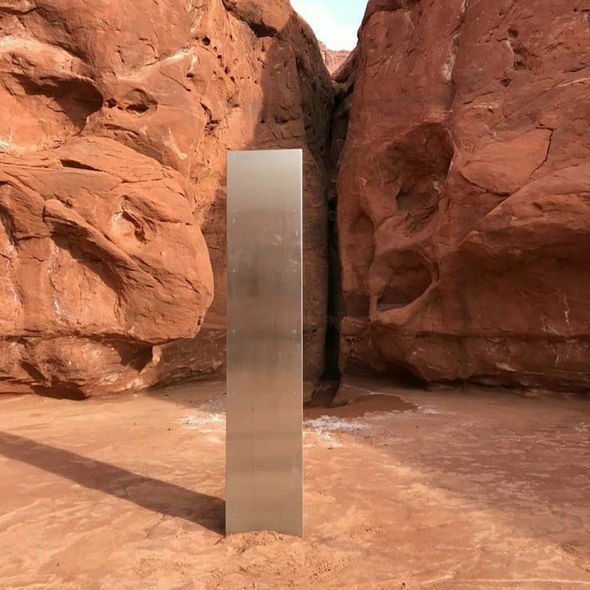 “I can say we are well known for stunts of this nature and at this time we are offering authentic art objects through monoliths-as-a-service.

“I cannot issue additional images at this time but I can promise more on this in the coming days and weeks.

“We have several interested collectors and expect to close a sale within the week.”

The Most Famous Artist collective has also claimed responsibility for several high profile stunts in the past. 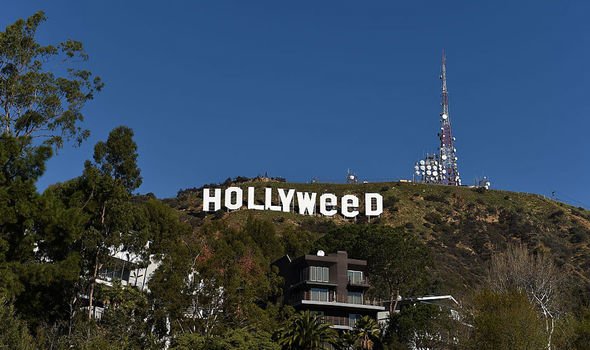 On New Years Day, 2017, residents of Los Angeles were shocked when they woke up to find the historic Hollywood sign had been changed to read ‘Hollyweed’.

Artist and videographer Zachary Cole Fernandez, who is seemingly part of the Most Famous Artist collective, said he did it simply for fun.

Mr Fernandez told Buzzfeed News at the time: “It was something to smile and laugh out loud about.

“Just lift their spirits and let them live because 2016 was a crazy year, dude.”