Moment giant ‘slingshot’ hurls payloads 25,000 feet above Earth’s surface: Colossal accelerator with an arm that spins 5,000 miles per hour is set to launch satellites into orbit by 2026

The moment a massive slingshot-like accelerator that hurls payloads into the stratosphere with more force than a rocket launch has paved the way for a unique method to send satellites into low Earth orbit – and the feat could happen by 2026.

The suborbital accelerator, which stands four feet taller than the Statue of Liberty, features a rotating arm that moves at 5,000 miles per hour and shoots projectiles 25,000 feet above Earth’s surface.

The facility is the brainchild of SpinLaunch, a company aiming to provide easy access to space, which is being developed to send 440-pound satellites  200,000 feet above Earth’s surface.

The test included payloads from NASA, Airbus, Cornell University and satellite maker Output Space and was conducted to see if such items could withstand 10,000 g – a rocket carrying humans to space only has three g because the body can only stand so much acceleration at a time.

G-force, or gravitational force equivalent, is the measure of force and acceleration of an object. 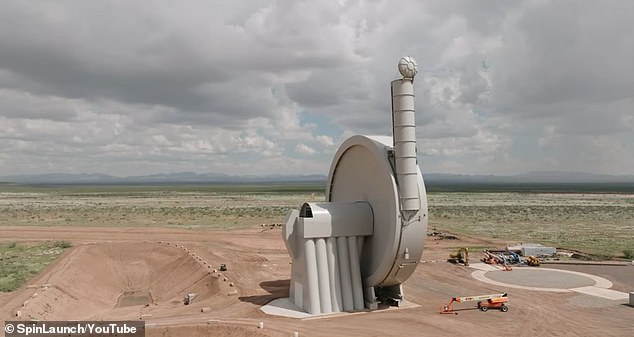 The giant accelerator, which is taller than the Statue of Liberty, sits at Spaceport America in the Jornada del Muerto desert of New Mexico 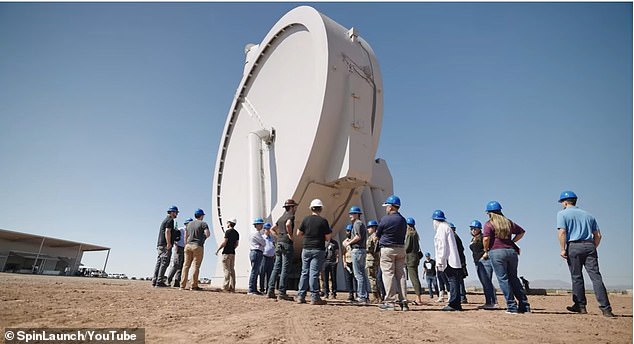 It has a rotating arm that moves at 15,000 miles per hour, spinning payloads inside in order to hurl them at significant speeds

Jonathan Yaney, founder and CEO of SpinLaunch, said in a statement: ‘Flight Test 10 represents a key inflection point for SpinLaunch, as we’ve opened the Suborbital Accelerator system externally for our customers, strategic partners, and research groups,

‘The data and insights collected from flight tests will be invaluable for both SpinLaunch, as we further the development of the Orbital Launch system, and for our customers who are looking to us to provide them with low-cost, high-cadence, sustainable access to space.’

The accelerator is located at Spaceport America in the Jornada del Muerto desert of New Mexico, which is the same place Virgin Galactic launches its orbital flights. 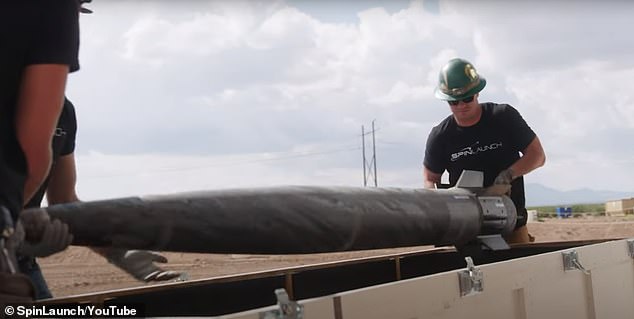 NASA, Airbus, Cornell University and a satellite manufacturer provided different technologies for the payload. They all survived the launch and the fall back to Earth 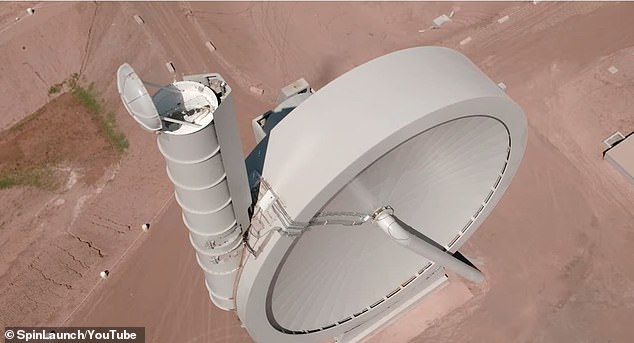 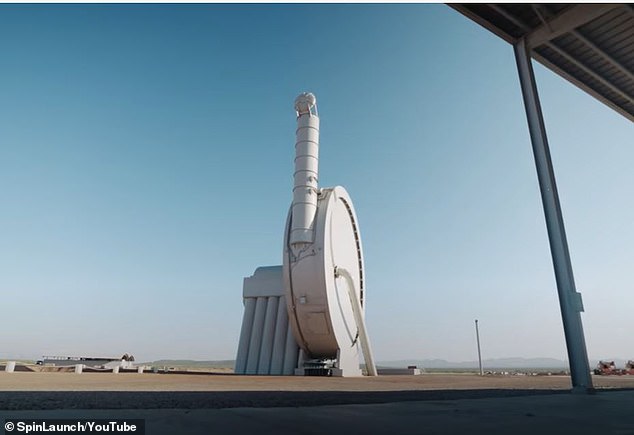 The facility is the brainchild of SpinLaunch, a company aiming to provide easy access to space, which is being developed it to send 440-pound satellites 200,000 feet above Earth’s surface

The system includes a disc-shaped accelerator powered by an electric drive that hurls payloads around at thousands of miles per hour before releasing it at the top through the launch tube.

Earlier this year, SpinLaunch signed a Space Act Agreement with NASA to develop, integrate and fly a NASA payload, providing the agency with the information necessary to determine the potential of future commercial launch opportunities with SpinLaunch.

The sensor suite was equipped with two accelerometers in addition to a gyroscope, magnetometer and sensors for pressure, temperature and humidity.

Flight Test 10, which took place on September 27, was successfully recovered and removed from the Flight Test Vehicle.

SpinLaunch test engineers retrieved the data and reviewed it with NASA personnel from their Flight Opportunities program, who were onsite to observe the Flight Test in person.

Payloads from Airbus, Cornell, and Outpost Space also survived being shot from the launch tube.