Worms will be sent into space to be studied aboard the International Space Station (ISS) in a bid to study muscular dystrophy.

More than 360,000 one millimetre long roundworms will be launched into orbit in a container no bigger than a matchbox.

The experiment, the first developed by the UK Space Agency to be tested aboard the ISS, hopes to analyse the worms’ rate of spaceflight-induced muscle loss.

The extreme environment of space triggers a number of negative health changes, with astronauts typically losing around 40 per cent of their muscle after six months.

Scientists believe that combating the health impacts for astronauts in space could  lead to a greater understanding of the ageing process on Earth – and might help researchers improve treatment of diabetes and ageing muscle loss. 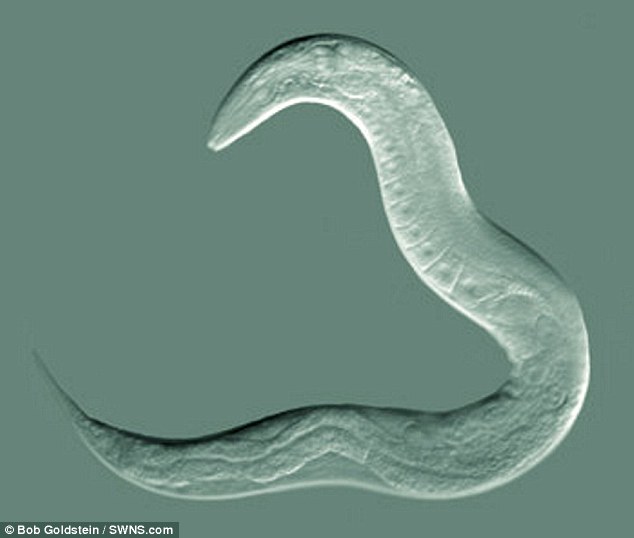 The UK Space Agency, which is based in Swindon, Wiltshire, has chosen to use the microscopic Caenorhabditis elegans species for the experiment.

The species, known as C. elegans, shares many of the same essential biological characteristics as humans.

In fact, we share almost 80 per cent of the same genes with C. elegans, which are highly similar at the metabolic level, and have muscles that act much like our own.

As such, the worms will be affected by the same biological changes in space, including alterations to muscle and the ability to use energy.

These worms are also ideal specimens to send to space because they are small, quick to mature, and easy to keep alive.

Thousands of purpose-bred nematodes have now been sent to the US and will be launched on the Space X Dragon capsule in November as part of the programme titled Molecular Muscle Experiment.

Sue Horn, head of space exploration at the space agency, said: ‘I’m really pleased to have experiments ready to be conducted on the ISS.

‘It was difficult to get this approved as only the best ideas are selected.

‘We have put a lot of research into finding this specific species for the experiment and we believe this will show great results.’ 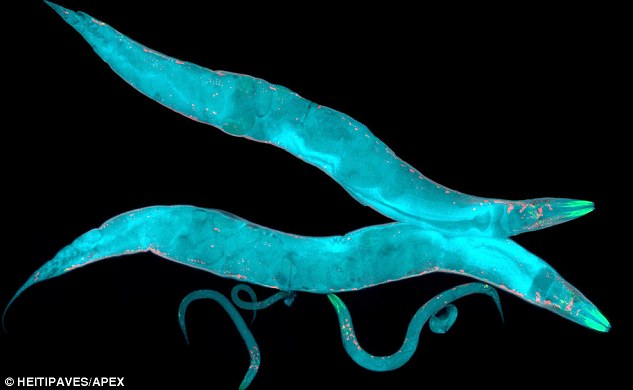 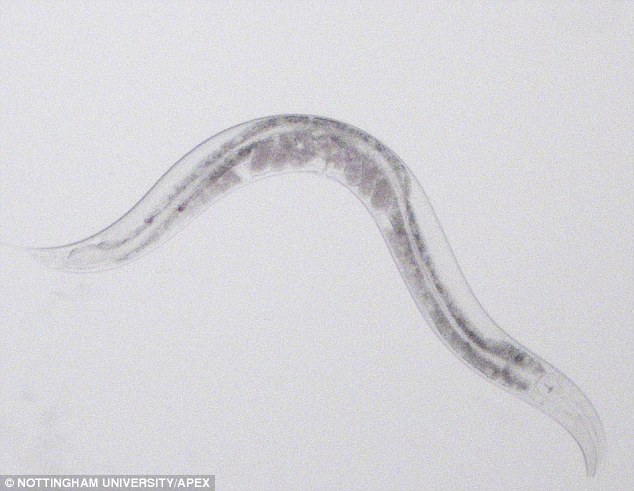 The microscopic worms, C elegans, being used in the experiment share many of the essential biological characteristics as humans

Ms Horn added: ‘Understanding changes to provide opportunities to understand how humans age on earth and develop countermeasures for this is essential to the test.

‘If this works it will help in so many ways with contributing to medicine on earth and it will also help astronauts.’

Scientists have previously looked to C. elegans to study genetics.

MP Sam Gyimah, the Minister for Universities, Science, Research and Innovation, said: ‘It’s not every day that you hear of the potential health benefits of sending worms into space, but this crucial project which is also the first of its kind, could lead to better treatment for muscular conditions for people on Earth as well as improving the wellbeing of our astronauts.’ 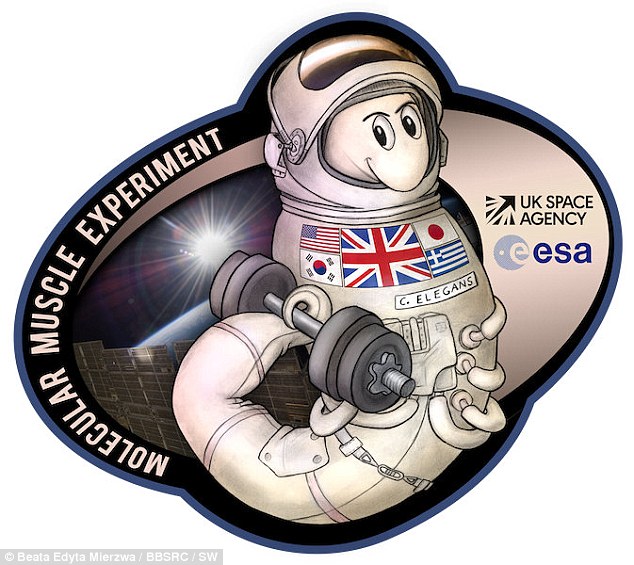 This is the project logo for the UK mission to send worms to space. The worms will be bred again at the space station and samples of medicine will be administered to them before they are frozen and brought back down to earth

The worms will be bred again inside the International Space Station.

Samples of medicine to combat muscle loss will be administered to the worms before they are frozen and brought back down to earth.

Experiments are expected to take around ten days and will be carried out over three months. Preparations to send worms into space in November have already started.

The worms reproduce in space and after growing to adults (a process which takes around 6.5 days) they will be frozen until returning to Earth.

The Molecular Muscle Experiment is the first UK-led experiment to take place on the International Space Station.

UK scientists are able to carry out this research thanks to the UK Space Agency’s membership to the European Space Agency’s exploration programme, which contributes to the costs of the International Space Station. 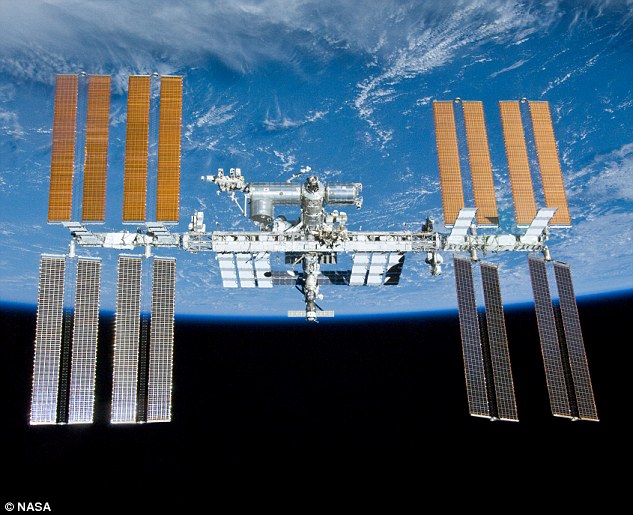 The worms, which were found in a rubbish tip, will be blasted into space in the UK’s first experiment on the International Space Station (pictured)

‘At the molecular level, both structurally and metabolically they are highly similar to that of humans and from a space flight specific perspective – they provide a lot of practical advantages.’

They are very small, quick to grow, cheap and easy to maintain which makes them good to work with, he said.

‘Spaceflight represents the accelerated human model of the ageing condition and so, hopefully, by understanding the molecular changes it may provide the opportunity to understand human ageing on earth’.

Libby Jackson, Human Spaceflight and Microgravity Programme Manager at the UK Space Agency said: ‘This is the first of many exciting experiments heading to the International Space Station from the UK, thanks to our contributions to ESA.

‘The Molecular Muscle Experiment will provide knowledge that will benefit our understanding of muscle aging and help to improve life on Earth.’

WHAT IS THE INTERNATIONAL SPACE STATION?

The space station is currently home to two Russians, three Americans and one Japanese.