The mysterious rock arrangement on England’s Salisbury Plain features two distinct types of stone slabs in half circles. Researchers have traced the massive 30-foot boulders forming Stonehenge’s outer circle to nearby woodlands, while the inner circle of smaller, 9-foot bluestone monoliths likely came from a site in Wales more than 140 miles away.

While Stonehenge’s builders left no indication of how the monument came to be there or why they erected it, new research into the stones’ places of origin are offering new insight into the monument’s purpose.

A recent study in the journal Antiquity suggests that Stonehenge’s bluestone circle was first built at a site called Waun Mawn in Wales, then moved to its final resting place centuries later. When Stone Age farmers migrated east across the island, they brought the 2- to 4-ton slabs stone circle with them piece by piece, the study authors said.

“One theory for why prehistoric people might have dismantled a stone circle in west Wales and transported it all the way to Salisbury Plain proposes that the stones were the embodiment of those people’s ancestors,” Mike Parker Pearson, an archaeologist at University College London and co-author of the study, wrote in The Conversation. 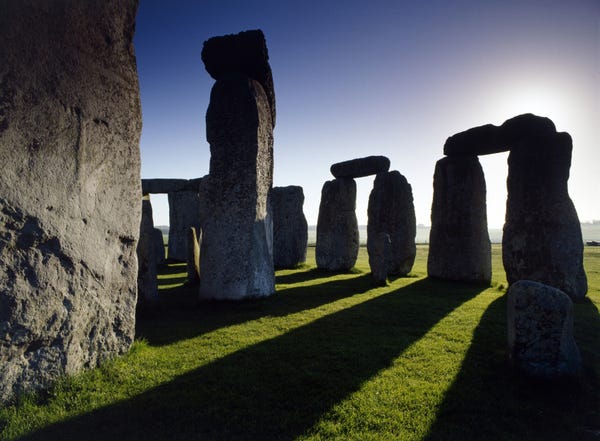 Arthurian legend claims that the wizard Merlin transported Stonehenge to England after stealing the stones from a monument built by Irish giants. The new study suggests one part of that narrative wasn’t quite as far-fetched as archaeologists thought.

Researchers figured out in 2015 that Stonehenge’s 43 bluestones came from two quarries in Wales’ Preseli Hills, but Pearson’s team confirmed that people were quarrying there about 400 years before Stonehenge’s initial construction started 5,000 years ago.

That led his group to look into where the hewn bluestones went during those four centuries. At Waun Mawn, which is just three miles from the Preseli Hills quarries, they found remnants of a stone circle dating to about 3,400 BCE — which matched the bluestones’ quarrying age.

Distinct divots at the site matched the size and shape of the bluestones at Stonehenge, and fragments of rock there matched the monument’s bluestones. This suggests the builders of that stone circle deconstructed it then rebuilt it as Stonehenge more than 140 miles away.

Indeed, according to the study authors, the Waun Mawn stone circle and the ditch surrounding Stonehenge are exactly the same diameter: 361 feet (110 meters). 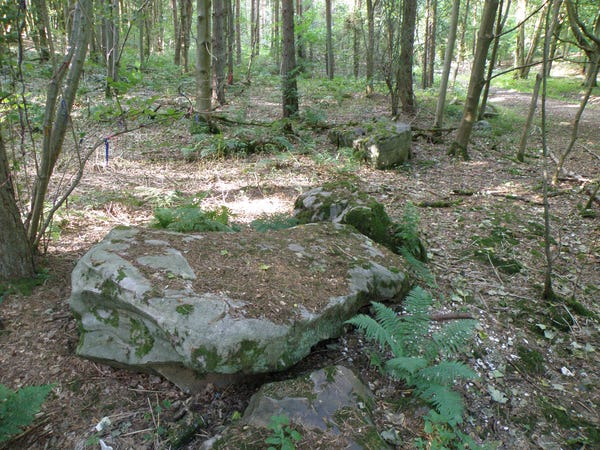 While the bluestones were imported, the source of Stonehenge’s 25-ton sandstone boulders, called sarsens, was a bit closer to the current site.

Stonehenge once had 80 sarsens erected in square-shaped archways encircling its bluestones, but only 52 remain. According to a July study, Stonehenge’s builders dragged most of the stones from a nearby area called the West Woods. It’s more than 15 miles (25 kilometers) from the monument — “which is insane really if you think about it,” David Nash, an archaeologist from the University of Brighton and co-author of that study, previously told Insider.

Nash said Stonehenge’s builders likely used some sort of roller or dragged the heavy sarsens on a slippery surface like vegetation or frosty ground.

“There’s no evidence they used animals to do it, but we don’t know,” he said.

Nash added that the builders probably raised the sarsens into their standing positions in Stonehenge’s rock circle at the same time, around 4,500 years ago, after transporting them en masse.

A burial ground or a celestial calendar 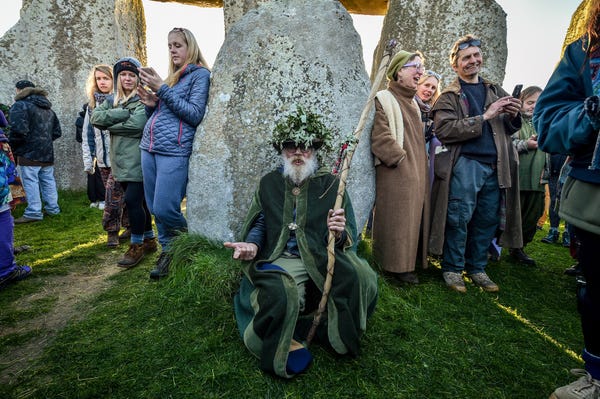 Ideas about what Stonehenge might have been used for run the gamut from a celestial calendar that tracked the sun to a sacred graveyard.

The new study lends credence to the idea that it was erected as a burial ground: The researchers examined 25 people whose cremated remains had been buried at the site 5,000 years ago. By peeking at the chemical composition of those remains, Pearson’s team concluded that four of the cremated individuals had “lived the last decades of their lives” in Wales.

“It therefore seems highly likely that people came with the bluestones — and stayed with them,” Pearson wrote, adding, “burials suggest Stonehenge was a place of the dead.”

Leivers’ team recently uncovered 4,500-year-old graves belonging to a baby and young woman less than a mile from the monument, underscoring this theory. Both individuals were part of the Beaker culture, a group who lived in Europe between 4,000 and 5,000 years ago.

Stonehenge was also a place of spiritual and political power, Leivers said: “Think of Washington, DC, with a big dollop of religion.” 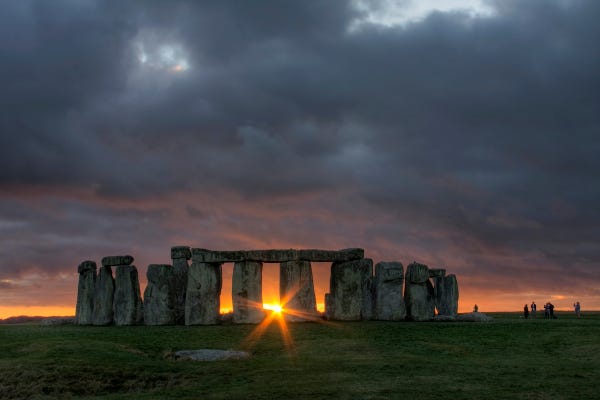 Stonehenge’s main entrance aligns with sunrise on the summer solstice — the longest day of the year. This suggests the monument could have also served as a celestial calendar, or a site for rituals that celebrated the changing seasons. The Waun Mawn stone circle had that same alignment.

“It provided an assurance that — no matter how the seasons cycled and the skies darkened, no matter how the days shortened — there was a pattern and that people knew what it was,” Leivers said, adding, “Stonehenge guaranteed that the sun would always come back.”