Microsoft gave gamers the most comprehensive look to date at what its upcoming Xbox Series X will be capable of.

Among the major premiers was the first look at gameplay for an upcoming installment of the newest Assassin’s Creed, titled ‘Valhalla’ and and the racing game franchise, Dirt 5, which was rendered ‘in-engine’ – meaning it used the same engine that will power the game.

The gameplay was meant to showcase a suite of new and more powerful hardware featured in the Series X, including a solid-state hard drive and a 12 teraflop GPU.

In addition to premiering gameplay, Microsoft also announced a new ‘badge’ that lets customers know when a game has been optimized to perform best on the Series X.

Among other things, those games will signal to customers that they take advantage of the Series X’s beefed up hardware and the ability to support 4K resolution, 120 frames-per-second, and faster loading times.

The distinction appears to be more comprehensive than a current ‘enhanced’ distinction for games that could be given for broader tweaks on games including the use of the latest developer tools according to The Verge.

In an interview last week, Xbox’s executive Vice President, Phil Spencer told Microsoft that the company expects the Series X to be released on schedule despite obstacles created by an ongoing coronavirus pandemic.

‘Overall, I think we’re in line with where we thought we would be,’ Spencer told CNBC.

On the other hand, Spencer said that game production could be a different story altogether, meaning some titles may take longer to materialize than previously anticipated.

‘Game production is a large scale entertainment activity now, you have hundreds of people coming together, building assets, working through creative.’

Among the forthcoming titles for the Series X is Dirt 5 (pictured), a racing game that Xbox showcased in-engine gameplay of during the event on Thursday

Microsoft had previously listed ‘Thanksgiving 2020’ as the Series X’s potential release date on many of its official sites but has since clarified to give a looser release date of ‘Holiday 2020.’

Microsoft has already given a detailed rundown of hardware on its upcoming console.

The Series X will be using a an AMD Zen 2 CPU with eight cores which run at 3.8GHz each in addition to a custom AMD RDNA 2 GPU with 12 teraflops of power.

In addition to the heavy processing power, Microsoft said it will also have room for removable storage in the back of the console – specifically 1TB removable expansion cards. 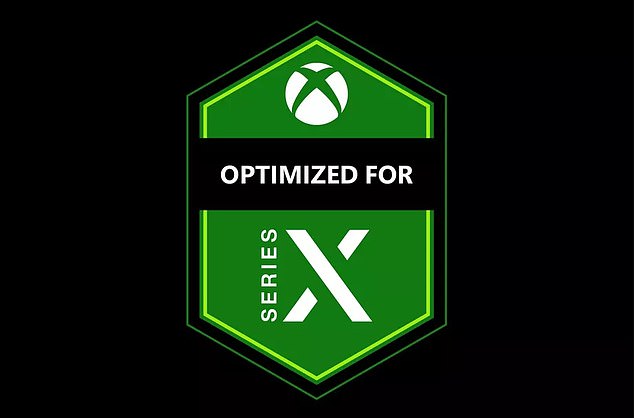 Thanks to a new solid state hard drive, Microsoft says the Series X will also be able to pause and resume multiple games instantly.

As was previously revealed, this means that players will also be able to instantly start playing their favorite games even after a system reboot.