Microsoft is cracking down on players who use ‘notorious iconography’ in the popular racing game, Forza.

According to a statement on Twitter, Microsoft’s new rules encompass the use of the confederate flag, Nazi symbolism, and the rising sun – a flag symbolizing Japanese imperialism.

A statement from Forza support says the decision was made in an effort ‘to preserve and promote a safe, secure, inclusive and enjoyable experience for all Forza Community members, and provide offenders a chance to change their behavior following enforcement action.’ 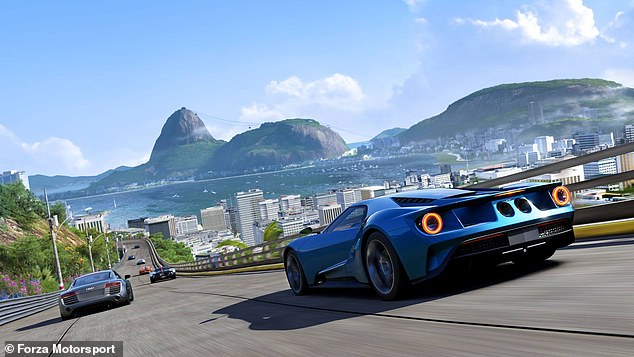 The move is significant when it comes to Forza since players are able to customize their cars in the game to display self-made designs.

Forza has also included an option to race as the General Lee, an iconic car from the 1979 TV series, The Dukes of Hazzard, that bears the symbol, since 2007.

Microsoft reportedly won’t ban players automatically, but will take action against players if they’re reported by ‘submitting a ticket’ online.

The decision to explicitly ban players who use hate symbols, especially in a racing game, comes with particularly apt timing.

NASCAR has been part of an ongoing debate over the use of the confederate flag after it decided to ban its use in all races and events last month. 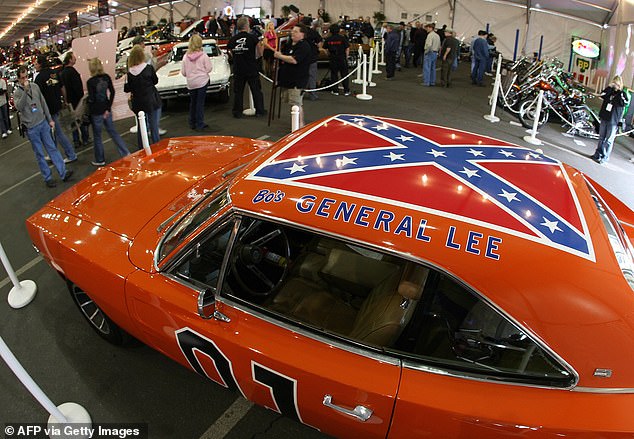 The General Lee (pictured) was from the 1979 TV series, Dukes of Hazzard, and was a playable car in Forza since 2007

‘The presence of the Confederate flag at NASCAR events runs contrary to our commitment to providing a welcoming and inclusive environment for all fans, our competitors and our industry,’ NASCAR said in a statement at the time.

Unlike NASCAR, Microsoft doesn’t appear to have received much backlash for it’s decision to ban the flag from games like Forza.