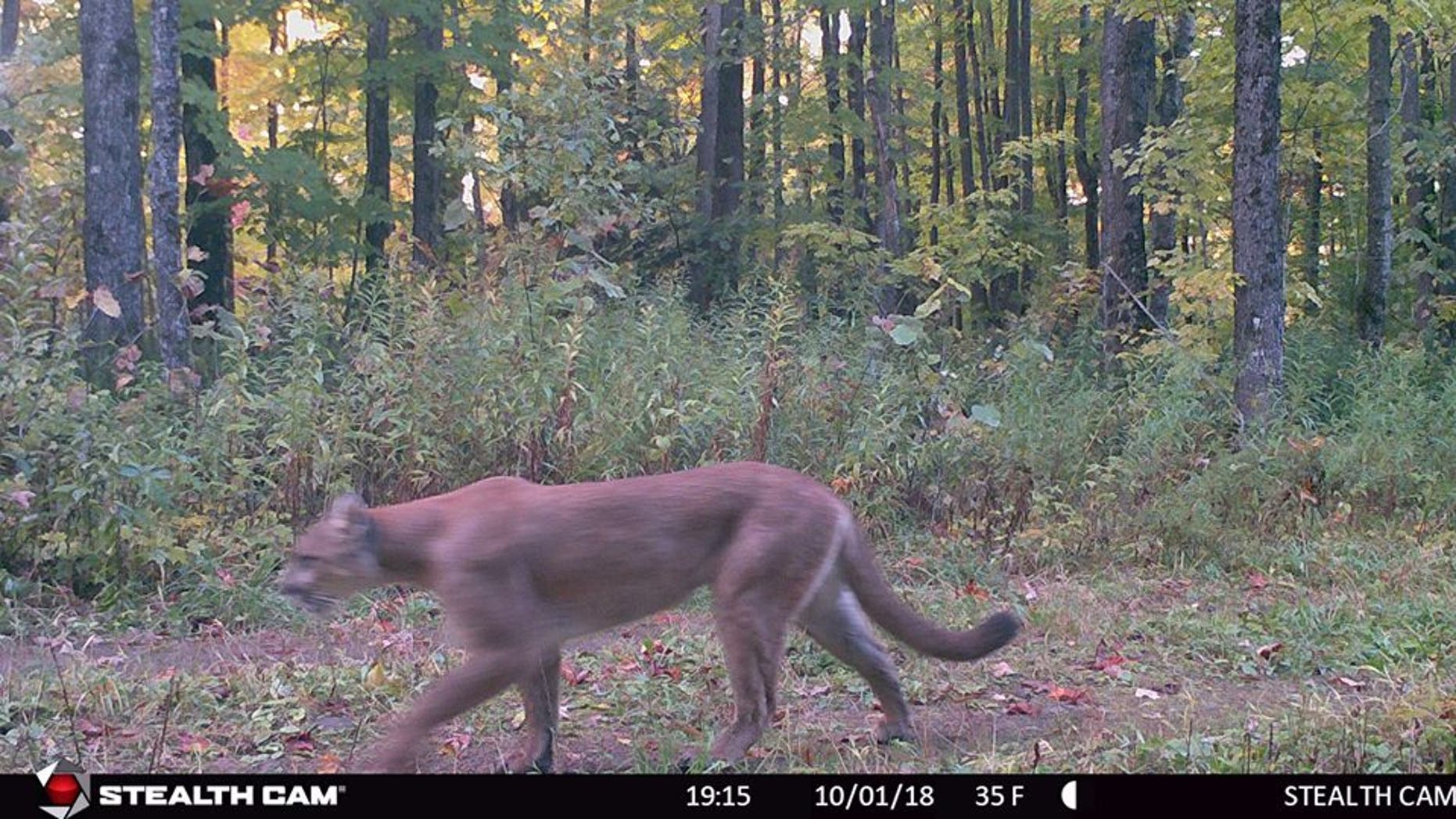 Cougars are an endangered species in the state, the DNR said.
(Michigan Department of Natural Rescources)

In a rare and exciting spotting, an image of a cougar was captured on a Michigan Department of Natural Resources (DNR) game camera this month, officials announced Thursday.

The photo of the cougar — an animal considered to be an endangered species in the state, according to the DNR — was captured Oct. 1 on a camera set up in Gogebic County to monitor deer movement.

“Since 2008, the DNR has confirmed 38 cougar reports, with all but one of those occurring in the Upper Peninsula,” the Michigan DNR said in a statement, noting multiple sightings are likely of the same cougar, “not 38 individual animals.”

The event “illustrates how rare cougars are in the Upper Peninsula,” Brian Roell, a wildlife biologist with the department, said in a statement, adding the sighting is “the first time we’ve ever caught a cougar on more than three million game camera images we’ve collected in our studies since 2009.”

The cougar was not wearing a tracking collar and officials were unable to tell if it was a male or female.

In the past, wildlife officials have confirmed cougar sightings from trail camera video, photographs and tracks, among other methods.

The cougar population in Michigan was largely affected around the turn of the 20th century when the felines were hunted and trapped, the DNR said, adding “there remains no conclusive evidence of a Michigan breeding population of mountain lions" at this time.