Turkey: 'Fireball' meteor lights up the sky as it falls

When small space rocks enter the Earth’s atmosphere and burn up, they are known as meteors or “shooting stars”. Residents in northern Utah said that they heard a loud boom early on Saturday. The same sound was also reported in the neighbouring state of Idaho.

Wendi Melling is a resident of South Salt Lake, in the middle of Utah state.

She told Sky News that she was just heading out of the door when she heard the strange sound caused by the disintegrating space rock.

The noise, she said, was a “loud, deep booming sound”.

The boom, she added, was succeeded by a few seconds of low rumbling. 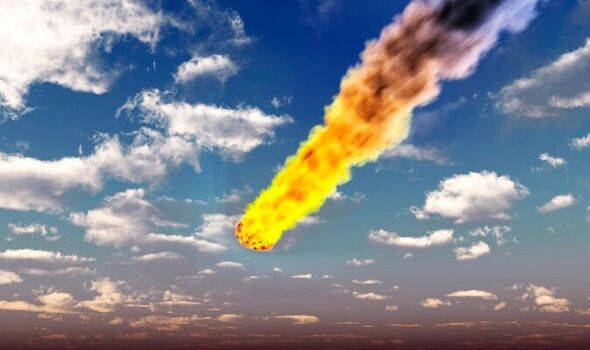 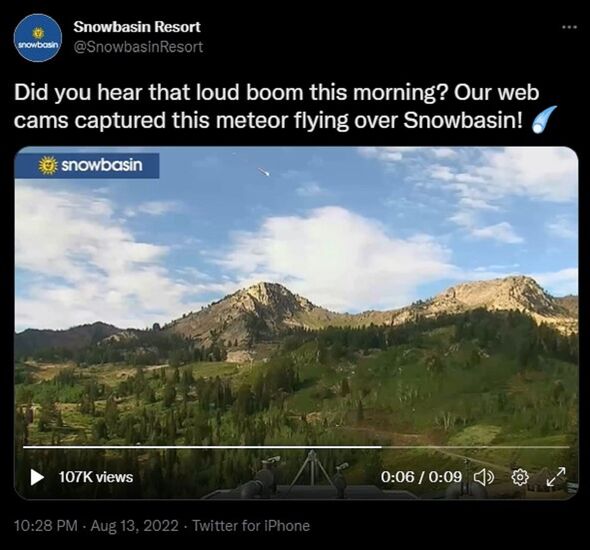 Ms Melling said: “It did sound similar to sonic booms I’ve heard before.”

It was followed, she added, “by a short incident of a sound similar to low rolling thunder.

On Twitter, engineer Matt Blank posted a clip recorded by his doorbell camera in which one can hear the sound of the meteor. 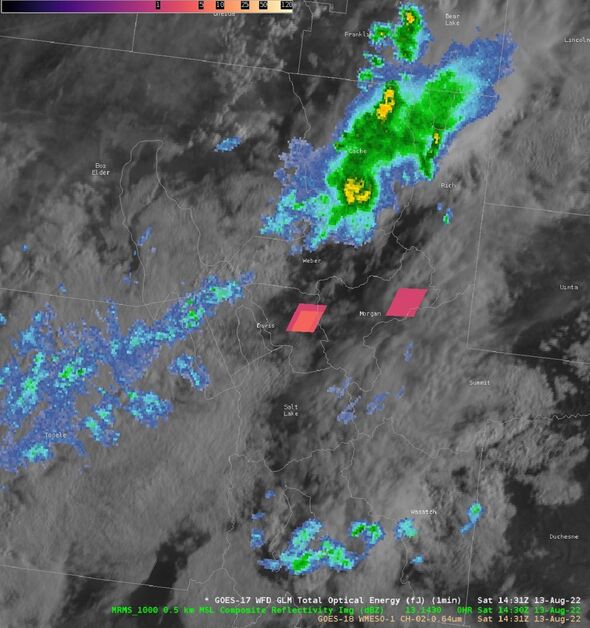 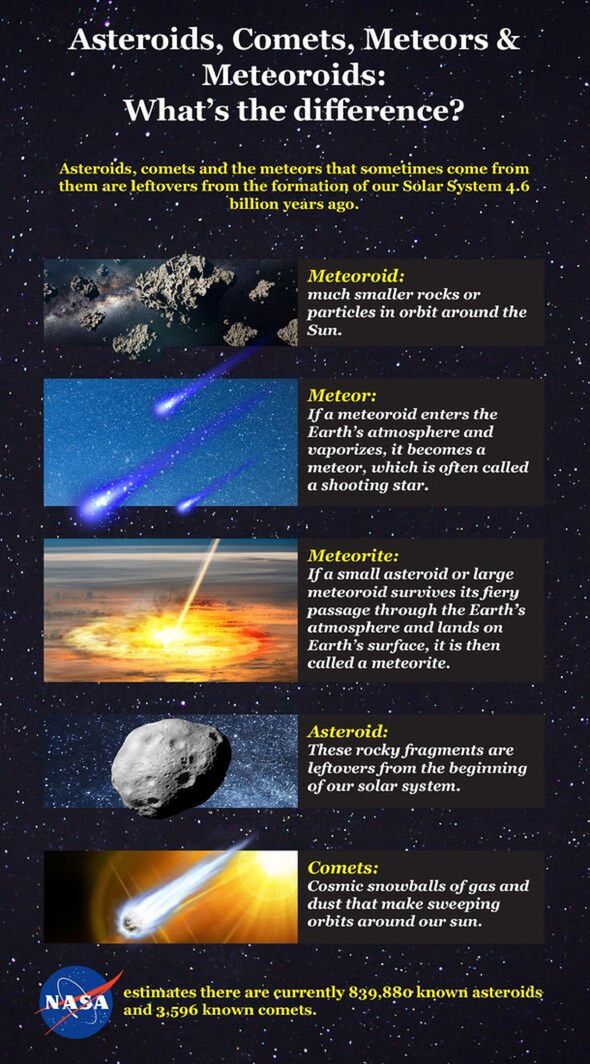 Mr Blank said: “My money is on [a] high altitude meteor that blew up when it hit the atmosphere.”

Utah Governor Spencer Cox wrote on Twitter that he also heard the sound of the meteor while out on a run in Salt Lake City.

He said: “We have confirmed it was not seismic/earthquake [in origin] and not related to our military installations.”

Mr Blank’s suggestion that the sound was caused by a high-altitude meteor, he added, “is likely the best theory”. 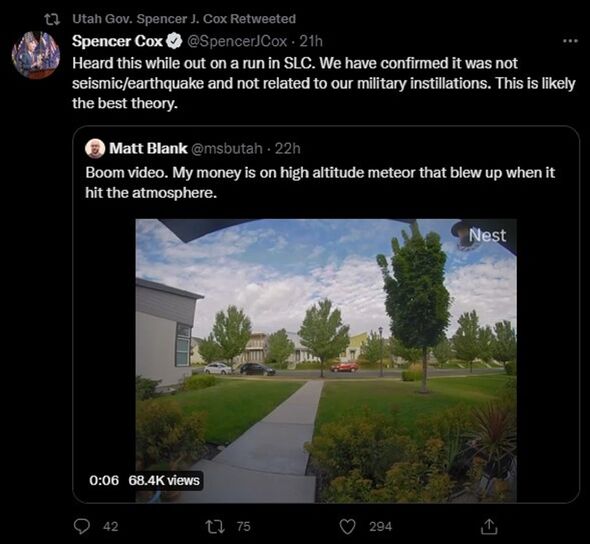 In confirmation of this hypothesis, a video clip captured by Utah’s Snowbasin Resort shows a light source streaking across the sky above mountainous terrain.

The resort account tweeted: “Did you hear that loud boom this morning?

“Our webcams captured this meteor flying over Snowbasin!”

The Salt Lake City office of the US National Weather Service also reported that the flash of the meteor as it burnt up was picked up by a satellite detection system.