Meta is still making a major push into building the metaverse – committing to devote 20% of its costs to the much-maligned effort at the company’s Reality Labs division – despite the company’s stock price dropping 60% and a top metaverse executive departing.

‘Meta began 2022 with a new name and a new vision for the future, and at Reality Labs it’s our job to bring that vision to life,” wrote Reality Labs CTO Andrew Bosworth in a blog post. ‘We never thought it would be easy or straightforward, but this year was even harder than we expected.’

Fewer than half the expected 500,000 users have signed up for Horizon Worlds, the firm’s main virtual reality world, while other tech executives like Apple’s Tim Cook have said consumers are unlikely to fully adopt to something they don’t even understand.

Over the course of a year, the firm has lost at least $30 billion in its bid to build virtual worlds where up to one billion users will ultimately shop, relax and work with the aid of VR devices like the Meta Quest Pro. 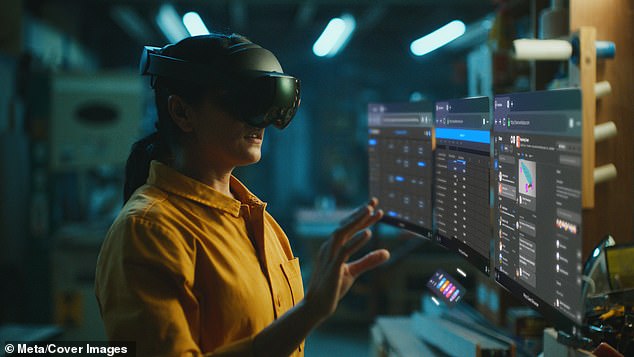 ‘Economic challenges across the world, combined with pressures on Meta’s core business, created a perfect storm of skepticism about the investments we’re making,’ Bosworth explained.

In November, Meta laid off more than 11,000 employees, with an ashen-faced Zuckerberg delivering the news via video conference.

However, macroeconomic challenges aren’t the only hurdles the company faces. Gaming industry veteran John Carmack, 52, who served as chief technology officer at Oculus and was an executive consultant for VR at Meta, resigned on Friday.

According to a resignation note seen by Bloomberg, Carmack said he never felt adequately able to influence the company’s virtual reality endeavors in the right direction.

‘There is a notable gap between Mark Zuckerberg and I on various strategic issues, so I knew it would be extra frustrating to keep pushing my viewpoint internally,’ Carmack said on Twitter.

The ‘metaverse’ is a set of virtual spaces where you can game, work and communicate with others who aren’t in the same physical space as you.

Meta founder Mark Zuckerberg has been a leading voice on the concept, which is seen as the future of the internet and would blur the lines between the physical and digital.

‘You’ll be able to hang out with friends, work, play, learn, shop, create and more,’ Meta has said.

While Meta is leading the charge with the metaverse, it explained that it isn’t a single product one company can build.

According to Bosworth, 20% of Meta’s overall investments went to Reality Labs, with the other 80% going to its core businesses: Facebook, WhatsApp and Instagram.

‘It’s a level of investment we believe makes sense for a company committed to staying at the leading edge of one of the most competitive and innovative industries on earth,’ Bosworth wrote.

To be sure, Meta’s family of apps are still wildly popular, even with the overall advertising downturn gripping the tech industry. Both Instagram and WhatsApp have 2 billion monthly active users.

Bosworth said the company remains invested because it believes the long-term value of these new technologies will ultimately grow from how they’re adopted by developers, creators and builders.

The firm’s Meta Quest Pro, which was released in October and starts at $1,499.99, is a big step in that effort.

The virtual reality headset has been described as a productivity device, aimed at designers, architects and other creative professionals.

‘This is a game changer for scaling the metaverse’ in businesses, said Accenture CEO Julie Sweet at the time.

The device is 40 percent thinner than the Quest 2 due to new pancake lenses that also delivers 75 percent more contrast and includes new self-tracking controllers that ‘work like an extension of your hand.’

‘Mixed reality is a key part of the journey toward full augmented reality devices, and eye and face tracking is an essential piece of the technology stack needed for AR and VR devices to reach their full potential,’ the firm said.

Even so, the metaverse project has struggled to gain traction and faced a barrage of criticism from outside the company – about everything from what happens in Horizon Worlds (harassment or people just bored) to the original avatars being legless and amateur-looking.

One expert has warned the digital world could be used for ‘brainwashing’ the population.

Brian Shuster, who has 17 years of experience with the metaverse and also created his own digital world called Utherverse, told DailyMail.com that a more dystopian version of the metaverse will happen if it is used to inflict public dominance.

‘It is the ultimate extension of the ‘echo-chamber’ of current social media, in which people naturally tend to associate with others who share their viewpoints, and therefore those viewpoints are reinforced, and users tend to conclude (wrongly) that those views are consensus,’ said Shuster.

‘In this dystopian metaverse, this artificial echo-chamber actually changes the reality for the user so that the viewpoint desired by the controlling entity is forcibly made into consensus.’ 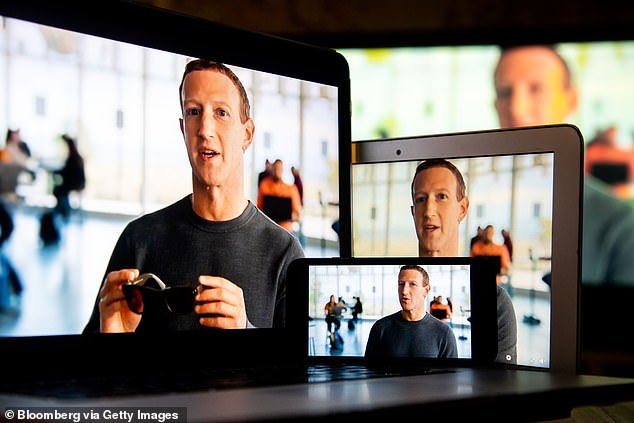 In November, Meta laid off more than 11,000 employees, with an ashen-faced Mark Zuckerberg (seen above during Meta Connect in NYC) delivering the news via video conference