It was deemed the ‘first modern car’ when it was released back in 1902. Now, Mercedes-Benz has transformed its Simplex vehicle for a futuristic spin on the classic.

Called Vision Simplex, the new concept electric car pays homage to its retro hot rod predecessor with the same bucket-shaped body, but boasts more modern features – including some straight out of a comic book.

The vehicle sports a rose gold frame, two seats and a 3D display board in front that provides information in the form of messages and animations. 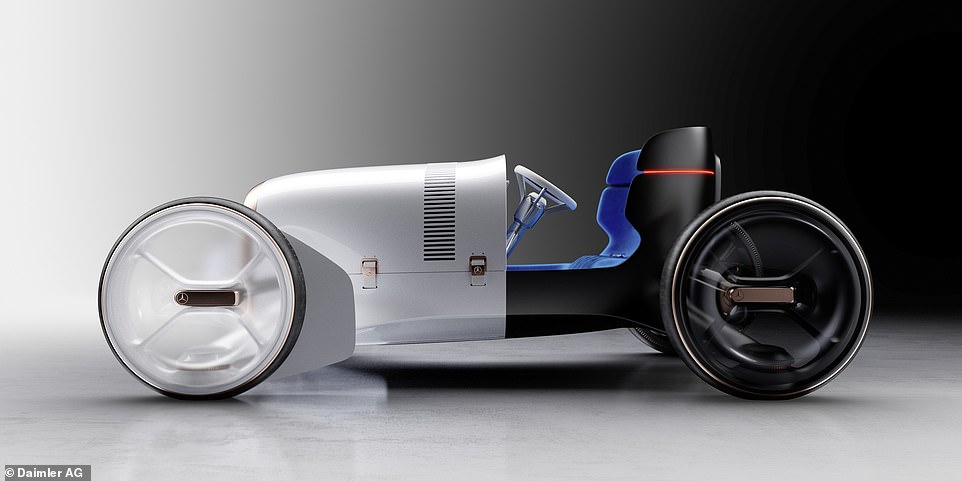 Vision Simplex is an electric car that pays homage to its 1902 hot rod predecessor, equipped  with the same bucket-shaped body, but boasts modern day features straight out of a comic book

Vision Simplex has no doors or windshield and only two seats – just like its predecessor.

However, instead of headlights, it sports a large 3D display where the radiator grille was.

This flashes messages and animations to provide information about what the vehicle is doing.

The original Simplex was produced from 1902 to 1909 by the Daimler Motoren Gesellschaft and designed by Wilhelm Maybach in Germany.

The original Simplex boasted a large and wide Saloon outer-body with low center of gravity and was equpped with powerful engines that ranged from 40 to 60 horsepower.

It was unlike anything of its time, as it was one of the first automobiles that didn’t look like a carriage without a horse.

And now the German car company is back at it again with the redesign of this ‘first modern car’.

Presented as a sculpture, the design is a way for the company to remember its beginnings while shedding light on its future, Digital Trends reported.

Similar to the original, Vision Simplex has no doors or windshield and only two seats, but it has traded in the large round headlights for a sleek 3D display where the radiator grille was.

This screen flashes messages and animations to highlight what the vehicle is doing.

The Vision Simplex isn’t the only revamp of an old classic, as students from Daimler AG revealed its take on a futuristic roadster.

Built by 150 trainees, the car combines traditional design features with the latest technology.

The project was created to train the junior employees in alternative drive systems. 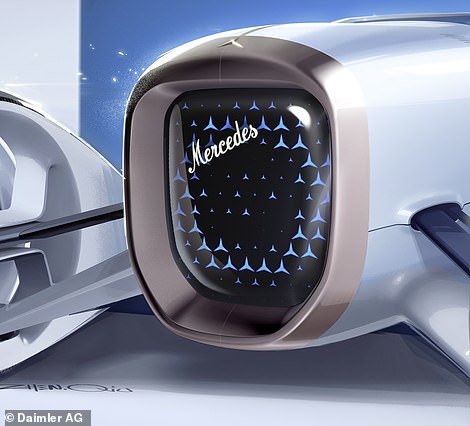 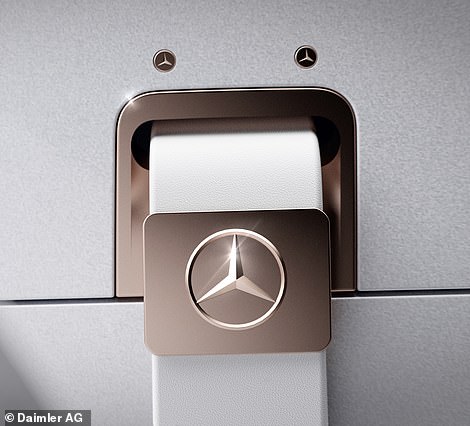 The roadster is controlled with drive-by-wire technology, and a joystick takes the place of a conventional steering wheel.

‘I am delighted to see how much initiative and creativity the young people have put into this project,’ Labor Relations Manager Günther Fleig said.