Men worry about the economy during COVID-19 while women are more concerned about the wellbeing of their friends and family, study finds

The ongoing COVID-19 pandemic is causing heightened stress levels among Britons, but the reasons why vary dramatically depending on gender, a new study finds.

According 2,500 UK residents, men’s primary concern is the impact on society and the economy while women worry more about the impact of COVID-19 on loved ones. 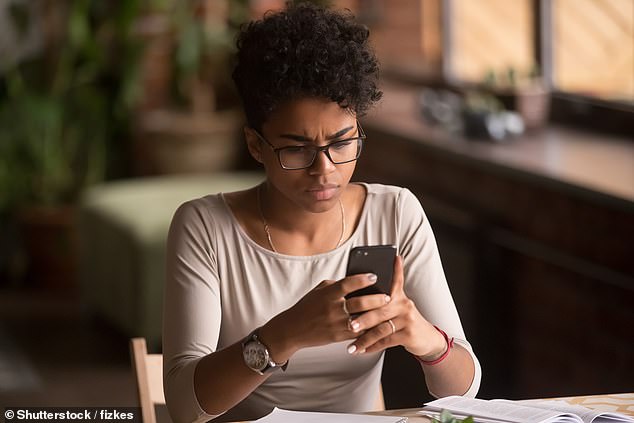 According to a survey of 2,500 UK residents, men are more concerned about the economy while women worry about the direct impact on their friends and family.  (stock)

In the research, which has been published online as a pre-print but has not yet been peer-reviewed, participants were asked to write down their feelings about the coronavirus situation.

Britons in the study were quizzed on April 6 and 7, when Boris Johnson was in hospital and a day after the Queen gave an unprecedented speech the pandemic.

Each individual answer was categorised into one of several themes, including: ‘national impact’, ‘family and friends’, ‘sickness/death’, ‘health worries’ or ‘other’.

Women’s responses were roughly twice as likely to fall into the catagory of ‘friends and family’ due to the use of words such as ‘friends’, ‘family’ and ‘anxious’ a.

In total, 7.77 per cent of words used by women fell into this field. The figure dropped to just 3.94 per cent for men.

On the other hand, men were more than twice as likely to say their chief concerns were related to words such as ‘country’, ‘countries’, ‘govern’, ‘world’, ‘China’, associated with the ‘national impact’ category.

Men are twice as likely to die from coronavirus as women, the biggest-ever study into the disease’s risk factors has found.

Elderly, obese and ethnic minorities are also substantially more likely to fall victim to the illness, according to NHS England analysis of 17.4million patient records.

It revealed that black and Asian people are 1.7 and 1.6 times more likely to die from the virus than white people, respectively.

This is in line with a finding from an Office for National Statistics report  which found ethnic minority groups were more vulnerable to the disease.

The latest study, by scientists from Oxford University and the London School of Hygiene and Tropical Medicine, also suggested smoking has a protective effect.

Those who had never smoked were twice as likely to die from the virus compared to current cigarette users.

Almost seven per cent of all words used by men pertained to the bigger picture and involved the impact the pandemic is having on society as a whole.

In contrast, only 2.59 per cent of words used by women were to the same effect.

Women expressed more anxiety and sadness than men overall, but both sexes reported high levels of concern, the authors claim.

Dr Bennett Kleinberg from the UCL department of Security and Crime Science, said: ‘This gender divide when it comes to Covid-19 reflects a general difference in the way men and women use language.

‘Women tend to talk more about friends and family, while men focus on money and work.’

Co-author Isabelle van der Vegt, also from UCL, added: ‘In our study the magnitude of the difference is much greater.

‘One potential explanation is that a crisis situation such as Covid-19 exacerbates this language gap between men and women.’