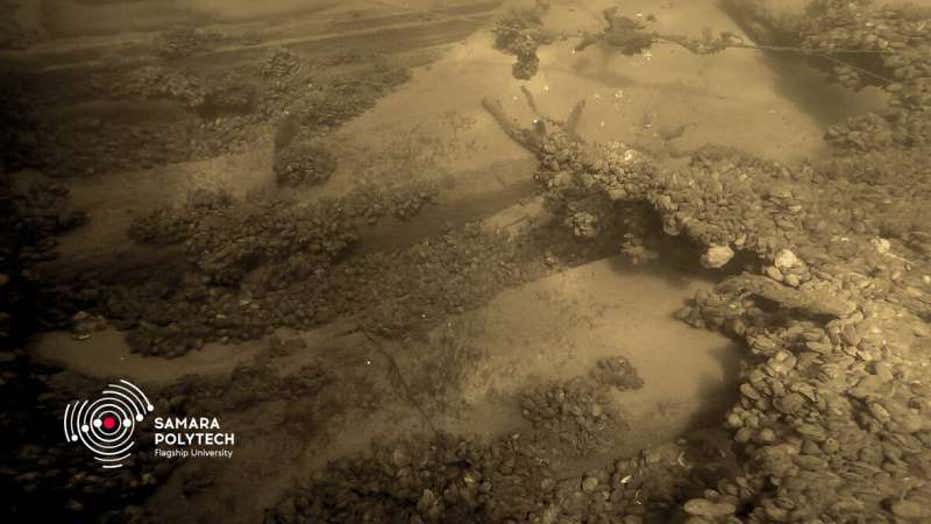 A medieval shipwreck has been discovered in the depths of Russia’s Volga River.

Workers from the Holy Mother of God's Kazan monastery in the village of Vinnovka discovered the wreck in the spring. Archaeologists from Samara Polytech in Russia were called in to examine the wreck, which dates back to the 14th or 15th centuries.

Using underwater ultrasound scanners and a submersible drone, experts found the ship, which measures about 164 feet by 66 feet. “Most of the sunken ship is in the sand, but the ultrasound images clearly show [the] aft end and preserved frame timbers, and in the video you can see a large chain and old ropes,” scientists said in a statement.

Radiocarbon analysis of a piece of wood from the wreck dated it to some time between 1330 and 1500. This makes the ship older than the nearby city of Samara, which was founded in 1586. 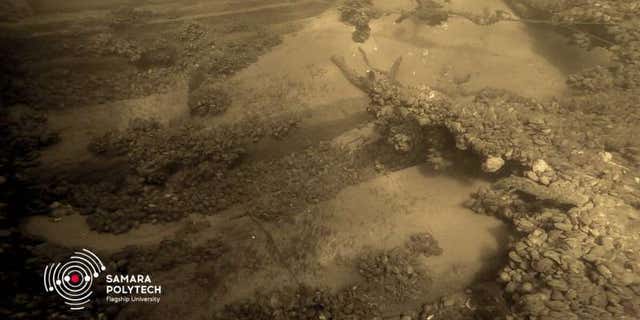 The medieval ship discovered in the Volga River.
(Samara Polytech)

A nail recovered from the wreck site was found to be 99.5 percent iron, which also indicates that it was produced in the medieval age.

It is unclear whether the ship was a military or trade vessel, according to experts at Samara Polytech, who say that it could be of Asian, Scandinavian or Western European origin.

Earlier this year a farmer in Russia discovered a 2,000-year-old burial mound containing the remains and artifacts of an ancient royal.

In 2018 archaeologists discovered an ancient prince’s tomb in southern Siberia.

A DNA analysis recently confirmed the identity of a mysterious one-legged skeleton discovered beneath a dance floor in Russia earlier this year.

As suspected, the skeleton is French general Charles-Etienne Gudin de la Sablonniere, who was struck by a cannonball during Napoleon’s ill-fated invasion of Russia in 1812.