Meta has admitted that Mark Zuckerberg’s virtual legs on show during its online event this week weren’t quite the real deal.

At the annual Connect conference on Tuesday, the Meta CEO appeared as a cartoonish digital version of himself to announce new products and features.

He said avatars in Horizon Worlds, the firm’s virtual social app, would be getting legs soon, and demonstrated his own virtual pair by jumping up and down.

But Meta has since admitted that the demo ‘featured animations created from motion capture’.

Motion capture involves using sensors to record a person’s movements in real life, and translating them into computer-animated images.

The legs that Zuckerberg’s avatar demonstrated in the video demo may therefore be more lifelike than legs in the metaverse. 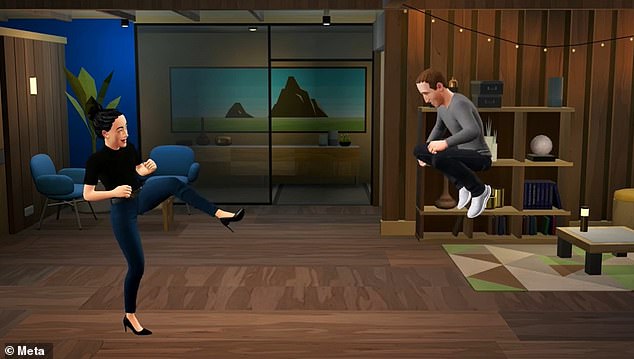 Zuckerberg said avatars in Horizon Worlds, the firm’s virtual social app, would be getting legs soon, and demonstrated his own virtual pair by jumping up and down 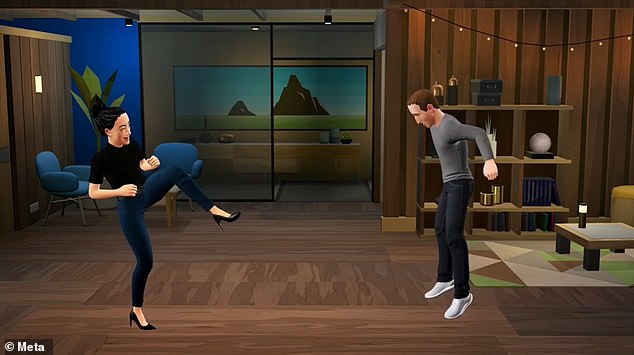 Meta said: ‘To enable this preview of what’s to come, the segment featured animations created from motion capture’

WHAT IS HORIZON WORLDS?

Horizon Worlds, released by Meta on December 9, is a gaming app that allows users in the US and Canada to gather with others, play games and build their own virtual worlds.

Users have to be at least 18 years old and have the proper equipment – a Quest 2 virtual reality (VR) headset.

An early tester of Meta’s Horizon Worlds metaverse app said her avatar was virtually groped by a stranger.

Early avatar models introduced by Meta, as well as Microsoft, have been ridiculed for appearing as legless, waist-up bodies floating around their virtual environments.

Meta has therefore been focused on bringing legs to avatars within the metaverse, although the firm’s CEO said doing so is ‘hard’.

‘There’s one more feature coming soon that’s probably the most requested feature on our roadmap – legs,’ Zuckerberg said during the presentation.

‘I think everyone has been waiting for this. But seriously, legs are hard. Which is why other virtual reality systems don’t have them either.’

Meta will be bringing full body avatars, complete with legs, to Horizon Worlds first, then to Meta’s other products, he said.

Horizon Worlds was released by Meta in December last year, and allows users to gather with others, play games and build their own virtual worlds.

The biggest announcement from Connect on Tuesday was the launch of the Meta Quest Pro VR headset, targeted at professionals in creative fields.

The £1,499 headset, aimed at architects, engineers and designers, among others, boasts new features that are meant to improve users’ perception of actually being in the presence of others.

It is 40 per cent thinner than the Quest 2 due to new pancake lenses that also delivers 75 per cent more contrast and includes new self-tracking controllers that ‘work like an extension of your hand’.

Quest Pro, which was touted by Zuckerberg as a ‘gamechanger’ for bringing the metaverse to life, will be available on October 25. 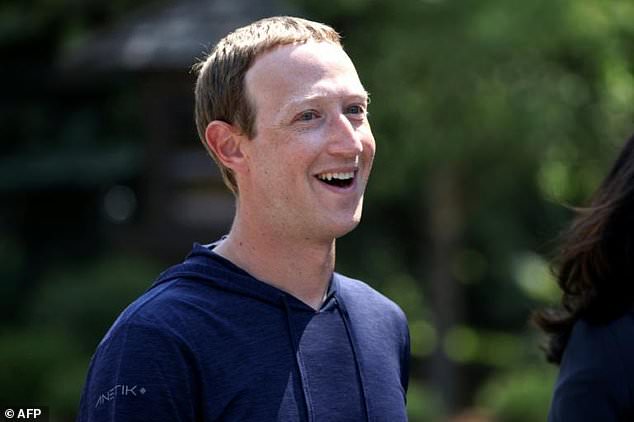 It’s now a year since Zuckerberg’s firm announced it was renaming itself, as part of its long-term project to turn its social media platform into a metaverse.

Zuckerberg, who co-founded Facebook in his dormitory room at Harvard University in 2004, has described the metaverse as an ’embodied internet’.

Within years, Facebook users will be able to use the platform not on their phones or computers, but by donning a headset.

Rather than swiping the screen of a device, they could potentially meet up with a Facebook friend in a virtual shared space – like an ultra-realistic simulation of another planet or an idyllic garden – and vocally chat to each other’s avatars.

THE FACEBOOK ‘METAVERSE’: A VIRTUAL WORLD WITHIN A WORLD

In a recent interview, Mark Zuckerberg said that over the next five years, he wants people to think of Facebook not as a social media company, but a ‘metaverse’ company.

That is one that is akin to a virtual environment where people can work and play for most of their 24 hours without leaving their home.

‘And my hope, if we do this well, I think over the next five years or so, in this next chapter of our company, I think we will effectively transition from people seeing us as primarily being a social media company to being a metaverse company,’ Zuckerberg said in the interview with The Verge.

‘And obviously, all of the work that we’re doing across the apps that people use today contribute directly to this vision in terms of building community and creators.

‘But this is something that I’m spending a lot of time on, thinking a lot about, we’re working on a ton. And I think it’s just a big part of the next chapter for the work that we’re going to do in the whole industry.’

So what exactly is the metaverse?

As Zuckerberg describes it, it’s a ‘vision’ that spans the entire tech industry, calling it the successor to the mobile internet.

‘But you can think about the metaverse as an embodied internet, where instead of just viewing content — you are in it,’ he continued.

‘And you feel present with other people as if you were in other places, having different experiences that you couldn’t necessarily do on a 2D app or webpage, like dancing, for example, or different types of fitness.’

The Facebook CEO says his vision – which he has been working on for several months – would not only reach into virtual reality, but augmented reality, computers, mobile devices and game consoles as well.