Dr. Adam Zeman didn’t give much thought to the mind’s eye until he met someone who didn’t have one. In 2005, the British neurologist saw a patient who said that a minor surgical procedure had taken away his ability to conjure images.

Over the 16 years since that first patient, Dr. Zeman and his colleagues have heard from more than 12,000 people who say they don’t have any such mental camera. The scientists estimate that tens of millions of people share the condition, which they’ve named aphantasia, and millions more experience extraordinarily strong mental imagery, called hyperphantasia.

In their latest research, Dr. Zeman and his colleagues are gathering clues about how these two conditions arise through changes in the wiring of the brain that join the visual centers to other regions. And they’re beginning to explore how some of that circuitry may conjure other senses, such as sound, in the mind. Eventually, that research might even make it possible to strengthen the mind’s eye — or ear — with magnetic pulses.

“This is not a disorder as far as I can see,” said Dr. Zeman, a cognitive scientist at the University of Exeter in Britain. “It’s an intriguing variation in human experience.”

The patient who first made Dr. Zeman aware of aphantasia was a retired building surveyor who lost his mind’s eye after minor heart surgery. To protect the patient’s privacy, Dr. Zeman refers to him as M.X.

When M.X. thought of people or objects, he did not see them. And yet his visual memories were intact. M.X. could answer factual questions such as whether former Prime Minister Tony Blair has light-colored eyes. (He does.) M.X. could even solve problems that required mentally rotating shapes, even though he could not see them.

I came across M.X.’s case study in 2010 and wrote a column about it for Discover magazine. Afterward, I got emails from readers who had the same experience but who differed from M.X. in a remarkable way: They had never had a mind’s eye to begin with.

I forwarded the messages to Dr. Zeman, who surveyed 21 of my readers. In a 2015 report on those findings, he and his colleagues proposed that those readers all shared the same condition, which the researchers called aphantasia. I reported on this second study for The New York Times, as did other journalists at their own publications. The growing attention turned Dr. Zeman’s trickle of emails into a torrent.

To better understand aphantasia, Dr. Zeman and his colleagues invited their correspondents to fill out questionnaires. One described the condition as feeling the shape of an apple in the dark. Another said it was “thinking only in radio.”

The vast majority of people who reported a lack of a mind’s eye had no memory of ever having had one, suggesting that they had been born without it. Yet, like M.X., they had little trouble recalling things they had seen. When asked whether grass or pine tree leaves are a darker shade of green, for example, they correctly answered that the leaves are.

On the other hand, people with aphantasia don’t do as well as others at remembering details of their own lives. It’s possible that recalling our own experiences — known as episodic memory — depends more on the mind’s eye than does remembering facts about the world. 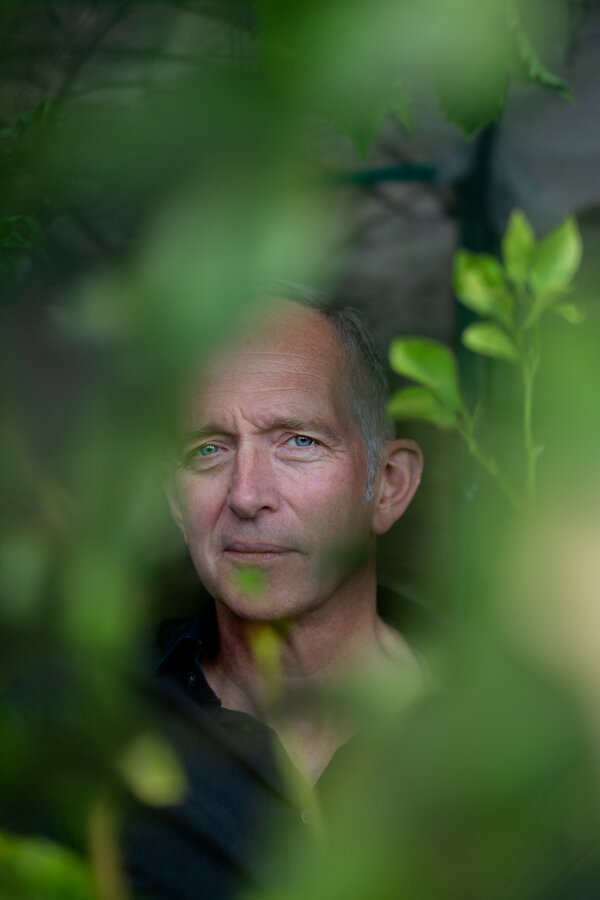 To their surprise, Dr. Zeman and his colleagues were also contacted by people who seemed to be the opposite of M.X.: They had intensely strong visions, a condition the scientists named hyperphantasia.

Joel Pearson, a cognitive neuroscientist at the University of New South Wales who has studied mental imagery since 2005, said hyperphantasia could go far beyond just having an active imagination. “It’s like having a very vivid dream and not being sure if it was real or not,” he said. “People watch a movie, and then they can watch it again in their mind, and it’s indistinguishable.”

Based on their surveys, Dr. Zeman and his colleagues estimate that 2.6 percent of people have hyperphantasia and that 0.7 percent have aphantasia.

Now Dr. Zeman and Dr. Pearson are studying an even larger swath of people who experience extremes of mental imagery. One of the original 21 people with aphantasia who were studied by Dr. Zeman, Thomas Ebeyer of Kitchener, Ontario, created a website called the Aphantasia Network that has grown into a hub for people with the condition and for researchers studying them. Visitors to the site can take an online psychological survey, read about the condition and join discussion forums on topics ranging from dreams to relationships. So far, more than 150,000 people have taken the surveys, and over 20,000 had scores suggesting aphantasia.

“This really is a global human phenomenon,” Mr. Ebeyer said. “I’ve heard from people from Madagascar to South Korea to California.”

His survey has revealed how aphantasia can spread beyond vision to other senses. “If I asked you to imagine your favorite song, most people can hear the music in their mind, whereas I can’t do that.” Mr. Ebeyer said. But some people who have come to Mr. Ebeyer’s site say that they can do just that. And some can’t hear imagined sounds, but their mind’s eye works well.

While such surveys can be informative, Dr. Pearson said that they could offer only a rough, subjective look at people’s minds because they depended on volunteers’ giving themselves scores. “Your three and my four might be the same,” he said.

Dr. Pearson has developed ways to study aphantasia and hyperphantasia without relying solely on surveys. In one experiment, he took advantage of the fact that our pupils automatically constrict when we look at bright objects. When Dr. Pearson and his colleagues asked most people to picture a white triangle, their pupils also shrank.

But most people with aphantasia whom they studied didn’t have that response. Their pupils stayed open, no matter how hard they tried to imagine the white triangle.

In another experiment, Dr. Pearson took advantage of the fact that people’s skin becomes more conductive when they see frightening scenes. He and his colleagues monitored the skin of volunteers as they read scary stories that were projected on a screen in front of them. When most people read about frightening experiences such as being attacked by a shark, they experienced a spike in skin conductance. But people with aphantasia did not.

The study suggests that the mind’s eye acts as an emotional amplifier, strengthening both the positive and negative feelings produced by our experiences. People with aphantasia can have those same feelings from their experiences, but they don’t amplify them later through mental imagery.

Researchers are also starting to use brain scans to find the circuitry that gives rise to aphantasia and hyperphantasia. So far, that work suggests that mental imagery emerges from a network of brain regions that talk to each other.

Decision-making regions at the front of the brain send signals to regions at the back, which normally make sense of information from the eyes. Those top-down signals can cause the visual regions to produce images that aren’t there.

In a study published in May, Dr. Zeman and his colleagues scanned the brains of 24 people with aphantasia, 25 people with hyperphantasia and 20 people with neither condition.

The scientists had the volunteers lie in the scanner and let their minds wander. The people with hyperphantasia had stronger activity in regions linking the front and back of the brain. They may be able to send more potent signals from decision-making regions of the front of the brain to the visual centers at the back.

The strength of the mind’s eye may exert a subtle influence over the course of people’s lives. Dr. Zeman’s questionnaires revealed that people with aphantasia were more likely than average to have a job that involved science or math. The genome pioneer Craig Venter even asserted that aphantasia had helped him as a scientist by eliminating distractions.

But that’s far from a hard and fast rule. Charles Darwin left behind writings hinting at hyperphantasia: When he was once asked to recall the objects that had been on his breakfast table that morning, he said they were “as distinct as if I had photos before me.”

Likewise, people with vivid mental pictures don’t have a monopoly on creative work. Ed Catmull, the former president of Pixar, announced he had aphantasia in 2019.

For those used to seeing things with their mind’s eye, aphantasia might seem like a debilitating condition. But Dr. Zeman’s research doesn’t suggest that to be the case. In fact, aphantasia may even have some advantages over hyperphantasia.

Hyperphantasia creates images that seem so real that it may open the way to false memories. Similarly, people with no mind’s eye may escape some of the burdens caused by reliving traumatic experiences, because they don’t have to visually replay them.

“Anecdotally, they’re really good at moving on,” Dr. Zeman said. “One wonders whether that’s because they’re less troubled by the kinds of images which, for many of us, come to mind and give rise to regret and longing.”

Dr. Pearson said that someday it might become possible to give people with aphantasia a mind’s eye they never had. He has found that giving noninvasive magnetic pulses to visual centers in average people’s brains makes their mental imagery more vivid. He suspects that the pulses quiet the activity of the visual centers, making them more receptive to requests from the front of the brain.

In theory, magnetic pulses combined with cognitive training might enable people without a mind’s eye to strengthen the circuits required for mental pictures. But Dr. Pearson isn’t sure it would be right to carry out such a procedure. If a person regretted such a boost in intrusive imagery, the scientist might not be able to shut the mind’s eye back down. “There’s a dark side to that,” he said.

For his own part, Mr. Ebeyer said he would only consider Dr. Pearson’s hypothetical therapy if his mind’s eye lasted for just a few days. He’s not interested in being plagued by unwanted visions.

“If it was an experience where you take this pill and you can visualize forever, I probably wouldn’t risk it,” he said.