Invisible worms are everywhere. Nematodes are roundworms that are mostly microscopic (although some are upsettingly large) that have adapted to a spectacular range of homes, from Antarctic soil to the inside of your gut. They are present in so many microenvironments that Nathan Cobb, a nematologist in the early 20th century, once predicted that “if all the matter in the universe except the nematodes were swept away, our world would still be dimly recognizable.”

A study published last month in Scientific Reports presents the native Florida manatee and its skin as the latest evidence of this wormy universe.

The study reports that three nematode species — two previously unknown — were found in skin samples from Florida manatees. The authors estimated that the skin of an average adult manatee could potentially carry over half a million nematodes.

Manatee skin is a perfectly reasonable home for nematodes. The skin of the marine mammals, when not violently defaced, can host many creatures.

“It’s like elephant skin,” said Cathy Beck, a scientist emeritus at the U.S. Geological Survey and a co-author of the study. “There’s lots of little nooks and crannies and pores, and they have very small fine hairs about an inch apart, so there’s lots of little places for minute organisms to live, to attach, and for algae to grow.”

Nevertheless, it is surprising to find these particular nematodes hitchhiking on manatees, said Rafael Gonzalez, the study’s lead author. Known as diplogastrids, this family is rarely detected in vertebrates or marine ecosystems; they often develop parasitic or symbiotic relationships with insects.

“For us, that was sort of strange, to be finding these things that we’re used to finding in little tiny bugs on the back of a sea elephant, basically,” said Mr. Gonzalez, who completed the research while working as a nematode biologist at the University of Florida’s Fort Lauderdale Research and Education Center. 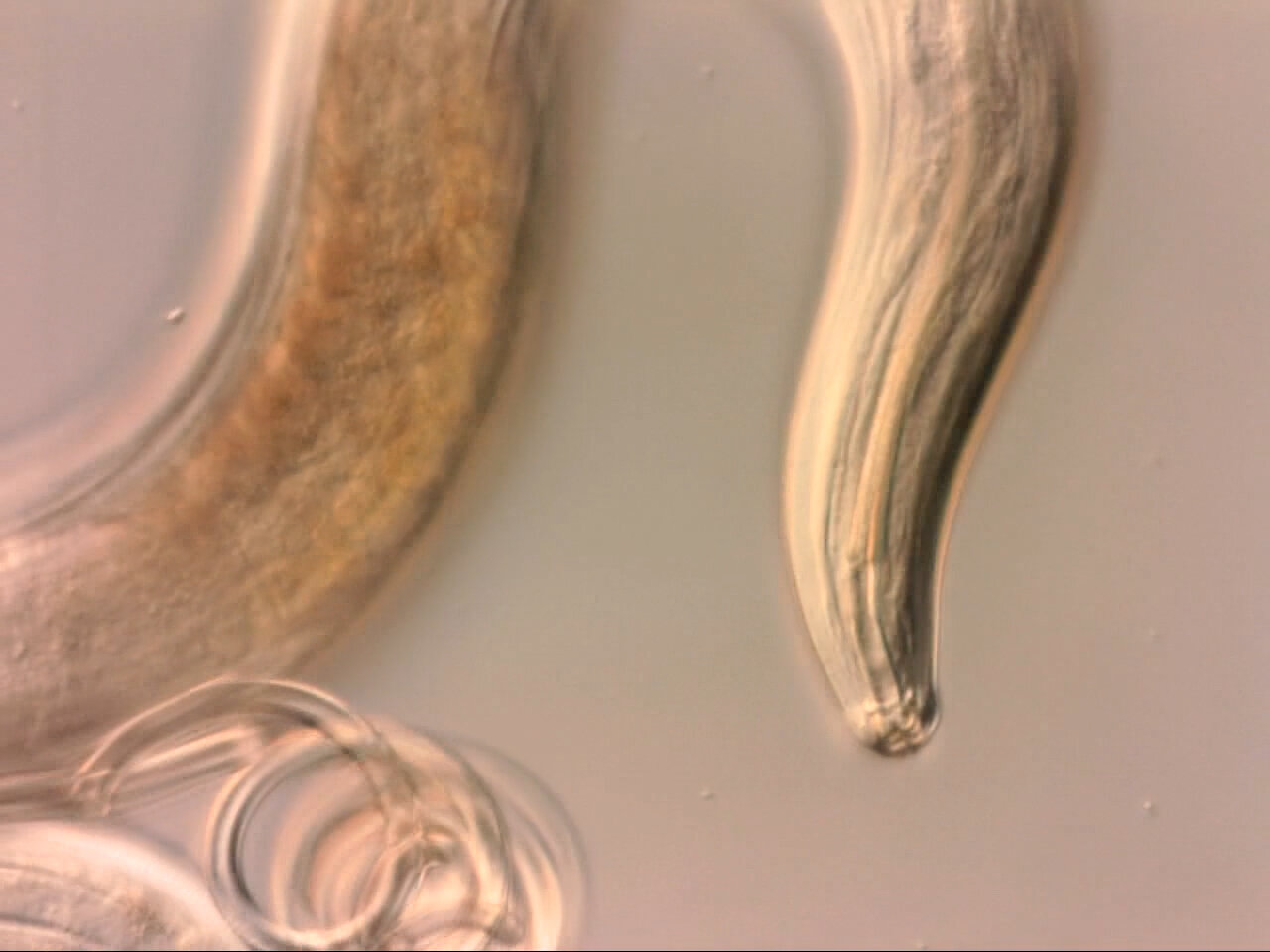 With this research, “we learn more about the ecology of these nematodes, we learn more about how specialized they are,” said Karin Kiontke, a biologist at New York University who was not involved in the study. “And it also tells us how much we don’t know.”

Previous studies had associated nematodes with manatee skin. One in 2011 described an “extraordinarily” long-tailed diplogastrid nematode, Cutidiplogaster manati, found in skin lesions on West Indian manatees in an aquarium in Okinawa, Japan. That piqued the interest of these authors, who hoped to learn more about C. manati. In 2013, they began collecting samples from Florida manatees in the Crystal River National Wildlife Refuge, and the project became Mr. Gonzalez’s master’s thesis.

The team found what was probably C. manati — and two other nematodes.

Mr. Gonzalez, working alongside researchers conducting an annual health assessment of manatees, collected dead skin from the tails of seven of the mammals in 2018 and another seven in 2019. The collection process is comparable to a human back scratch, and the animals are swiftly returned to the water, Mr. Gonzalez said, to minimize stress.

The samples were examined under a microscope, then their DNA was extracted. The new nematodes had large teeth — maybe for eating other nematodes, or for “something tricky,” such as splitting open diatom algae and consuming their insides, said Robin Giblin-Davis, a recently retired nematologist at the University of Florida and a co-author of the study. The team speculates that C. manati and one of the others, a previously unidentified species they called “Long Tail,” might use their lengthy tails to anchor themselves in the waves.

Though more work is needed for formal species descriptions of the two new nematodes, “I think you could comfortably say these are new species,” said Adler Dillman, an associate professor at the University of California, Riverside, who was not involved in the study.

The nematodes, the study suggests, are specially adapted to flourish in this decaying micro-landscape, where structures on the skin would be as tall to them as trees are to people. All three manatee nematodes were found on all of the manatees sampled in 2018 and 2019, but no skin lesions were found; the authors concluded that it was unlikely that the nematodes were hurting their hosts. Perhaps, they suggested, they’re passed between manatees like human skin mites.

For now, the researchers hope to generate more enthusiasm for nematodes as well as their gentle manatee hosts.

“We get so focused in the big world that we don’t realize how interconnected everything is,” Dr. Giblin-Davis said. “And how reliant we are on so many things that we don’t see.” 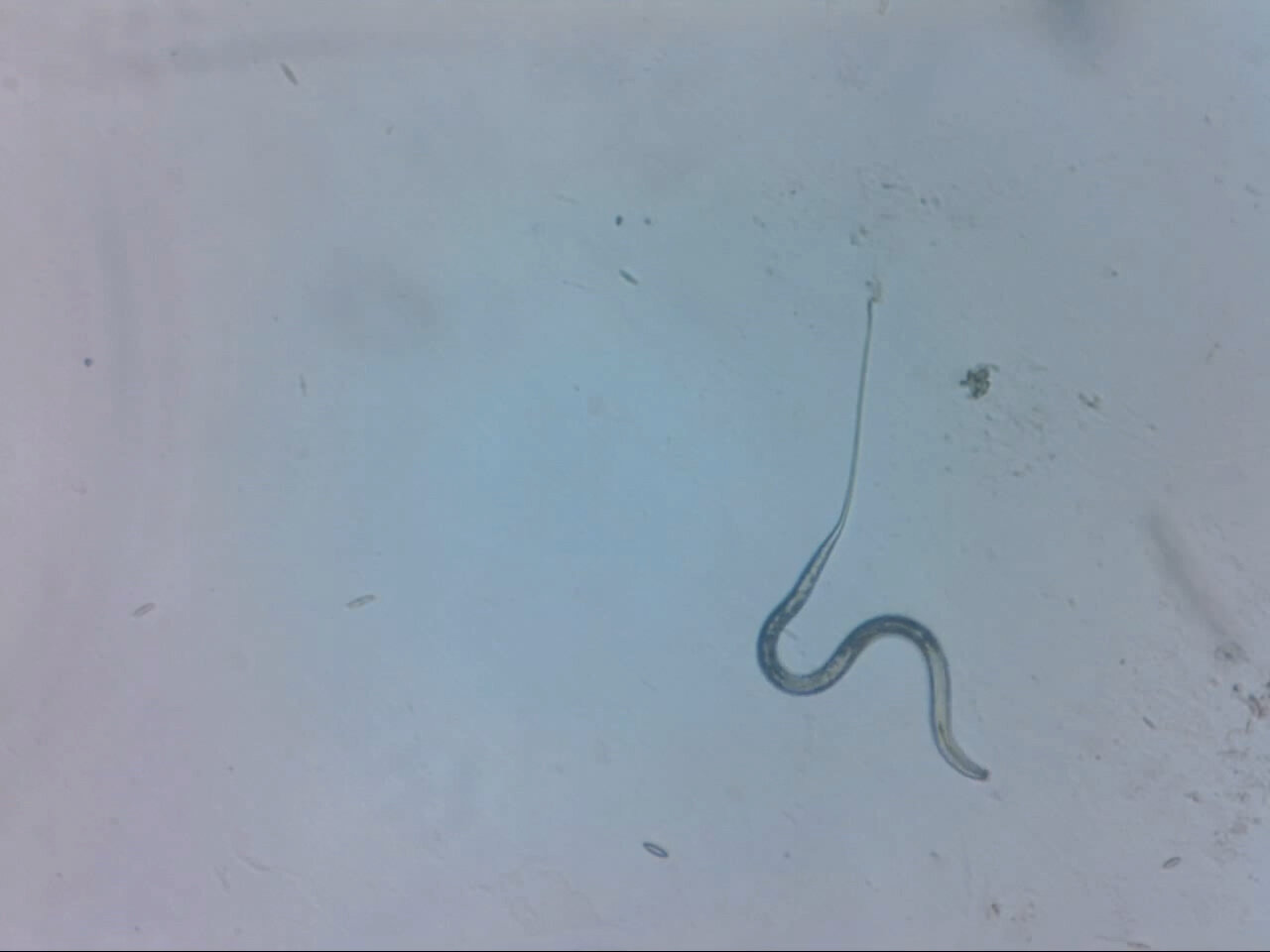