A decade ago, a band of astronomers set out to investigate one of the oldest questions taunting philosophers, scientists, priests, astronomers, mystics and the rest of the human race: How many more Earths are out there, if any? How many far-flung planets exist that could harbor life as we know it?

Their tool was the Kepler spacecraft, which was launched in March 2009 on a three-and-a-half year mission to monitor 150,000 stars in a patch of sky in the Milky Way. It looked for tiny dips in starlight caused by an exoplanet passing in front of its home star.

“It’s not E.T., but it’s E.T.’s home,” said William Borucki when the mission was launched in March 2009. It was Dr. Borucki, an astronomer now retired from NASA’s Ames Research Center, who dreamed up the project and spent two decades convincing NASA to do it.

Before the spacecraft finally gave out in 2018, it had discovered more than 4,000 candidate worlds among those stars. So far, none have shown any sign of life or habitation. (Granted, they are very far away and hard to study.) Extrapolated, that figure suggests that there are billions of exoplanets in the Milky Way galaxy. But how many of those are potentially habitable?

After crunching Kepler’s data for two years, a team of 44 astronomers led by Steve Bryson of NASA Ames has landed on what they say is the definitive answer, at least for now. Their paper has been accepted for publication in the Astronomical Journal.

Kepler’s formal goal was to measure a number called eta-Earth: the fraction of sunlike stars that have an Earth-size object orbiting them in the “goldilocks” or habitable zone, where it is warm enough for the surface to retain liquid water.

The team calculated that at least one-third, and perhaps as many as 90 percent, of stars similar in mass and brightness to our sun have rocks like Earth in their habitable zones, with the range reflecting the researchers’ confidence in their various methods and assumptions. That is no small bonanza, however you look at it.

According to NASA estimates there are at least 100 billion stars in the Milky Way, of which about 4 billion are sunlike. If only 7 percent of those stars have habitable planets — a seriously conservative estimate — there could be as many as 300 million potentially habitable Earths out there in the whole Milky Way alone.

“We want to be very conservative in case nature has any surprises regarding habitability,” said Ravi Kumar Kopparapu, a researcher at NASA’s Goddard Space Flight Center in Greenbelt, Md., and one of the authors of the report. “So we are lowballing the estimates intentionally.” 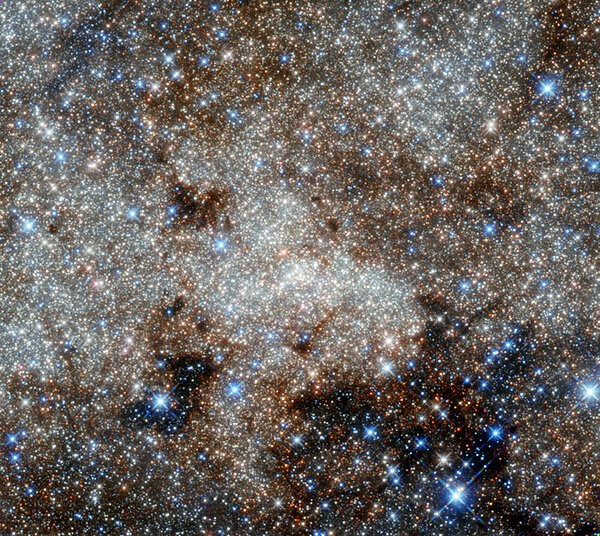 On average, the astronomers calculated, the nearest such planet should be about 20 light-years away, and there should be four of them within 30 light-years or so of the sun.

“It took 11 years from launch to publication, but this is it,” said Natalie Batalha, an astronomer at the University of California, Santa Cruz, who directed the Kepler mission during most of its life and was one of the authors of the new paper, in a triumphant email. “This is the science result we’ve all been waiting for — the reason that Kepler was selected for flight in December 2001.”

The new result means that the galaxy is at least twice as fertile as estimated in one of the first analyses of Kepler data, in 2013. That finding, by Andrew Howard, Erik Petigura and Geoffrey Marcy, who were not part of the Kepler team, concluded that about one-fifth of sunlike stars harbored planets in their habitable zones.

Dr. Batalha said that one improvement this time around was the addition of data from the European GAIA satellite, which has measured the position and brightness of 1 billion stars. That knowledge allowed the Kepler scientists to more precisely chart the habitable zones of their stars.

Another improvement was better handling of the statistics, although, as Dr. Batalha noted, “surveys are inherently incomplete. You can’t call up every citizen, you can’t observe every star.”

In the case of Kepler, that limitation was serious. The spacecraft’s orientation system failed before Kepler could complete its prime survey, which limited it to detecting planets that had orbital periods of less than about 700 days — about twice the duration of an Earth year.

In an email, David Charbonneau, of the Harvard-Smithsonian Center for Astrophysics, said he was slightly skeptical of the results: “The Kepler Mission didn’t detect many (arguably, any) true Earth analogues, i.e. planets with the same radius as Earth AND orbiting at the same period, and hence receiving the same amount of light, AND orbiting sun-like stars.”

As Dr. Batalha said at the time, “We don’t yet have any planet candidates that are exact analogues of the Earth in terms of size, orbit or star type.” We still don’t. As a result, the astronomers had to extrapolate data from the planets they did see.

Although these Kepler planets are Earth-size — one-half to one-and-a-half the radius of Earth — and are presumably rocky, nobody knows what they are like in any detail, nor whether anything does, or could, live on them. They are too far away for further study. So far we know of only one planet, our own, that harbors life.

But there are plenty of opportunities yet to find one. The Kepler measurement of eta-Earth only pertains to stars like the sun, but in the galaxy those stars are vastly outnumbered by smaller, dimmer stars known as red dwarfs. One-quarter to one-half of red dwarfs also harbor habitable-zone planets, according to work by Courtney Dressing, now at the University of California, Berkeley, although some astronomers worry that radiation flares from such stars would doom any life trying to get started there. Red dwarf planets were not included in the new analysis of eta-Earth.

The red dwarf planets are relevant to the search for life because Kepler has passed the torch to a spacecraft called the Transiting Exoplanet Survey Satellite, or TESS, which was launched in 2018 to scour the entire sky for exoplanets within a few hundred light years of Earth — the local neighborhood. So far TESS has discovered 66 new exoplanets and has cataloged more than 2,000 candidates.

Most of those planets were expected to be found circling red dwarfs, said George Ricker, an astrophysicist at the Massachusetts Institute of Technology and principal investigator for the mission, in an email: “Since about three-fourths of the stars in the solar neighborhood are M dwarfs, that leaves open a very large discovery space for TESS in the decade ahead!”

Dr. Batalha said that young scientists in the future might yet find a way to improve the value of eta-Earth: “Until then, this will be the de facto standard.”

The value of eta-Earth is an important and hitherto unknown factor in a mathematical expression known as the Drake Equation. It is used by astronomers to estimate how many technological civilizations might exist in the galaxy, and that we might be able to contact by radio or other means some cosmic day.

It’s time to move on the next factor in the Drake equation for extraterrestrial civilizations: the fraction of these worlds on which life emerges. The search for even a single slime mold on some alien rock would revolutionize biology, and it is a worthy agenda for the next half-century as humans continue the climb out of ourselves and into the universe in the endless quest to end our cosmic loneliness.