Gloria and Ian Davison were driving alongside Loch Ness in the Scottish Highlands when they noticed something in the water.

They immediately stopped their car by Urquhart Bay and started recording the “creature”.

In their video, a black figure appears to emerge from the water behind a line of trees.

It remains motionless and water seems to splash around it.

Despite the distance from the “creature”, Gloria, 57, claimed it had “a neck and head”.

“I could definitely see its back and it was a fair size. It disappeared after a minute beneath the water,” she added.

“I had hoped there was something (Nessie) in the loch – you always want to believe in something. All I can say is that we saw something we cannot explain. But it was animate and it was definitely not a seal.”

Gloria and Ian, 53, a construction consultant, have now had their glimpse of Nessie accepted by the Official Loch Ness Monster Sightings Register.

Gary Campbell, a Nessie expert and recorder of the register, said the footage “clearly” showed the mythical monster. 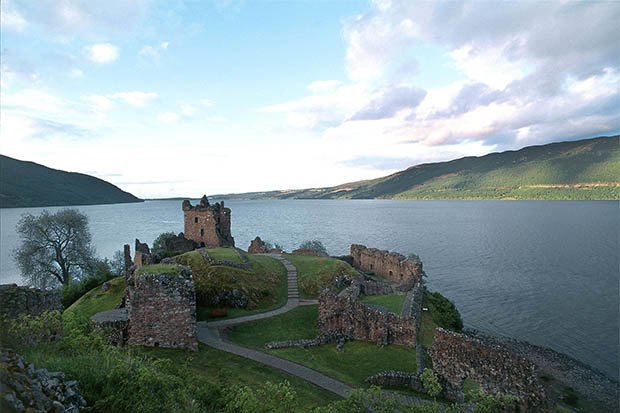 “Is there anything deeply mysterious? It depends what you believe,” he said.

“Is there anything startling? There are a few things that are a bit surprising.

“What we’ll have achieved is what we set out to do, which is document the biodiversity of Loch Ness in June 2018 in some level of detail.

“We’ve tested each one of the main monster hypotheses and three of them we can probably say aren’t right and one of them might be.”