The Giza plateau in Cairo, Egypt, has fascinated experts and the public alike for decades.

Questions on who built the pyramids and why, as well as what is hidden beneath the Sphinx have never been fully answered.

Matthew Sibson, an ancient history and civilisations expert, believes there are still many secrets to uncover and in his most recent video, he explores a little-known opening at the back of the Sphinx which may lead to a Pharaoh’s ancient burial chamber below.

By looking back at the original accounts of The Sphinx made by historic explorers from the 17th to 19th centuries, Matthew explained how a shaft was found in the back of the monument by Johan Michael Vansleben in 1679 and then explored in full by Egyptologist Auguste Mariette in 1853.

“He [Mariette] recognised this opening as a natural fissure, although others have thought it was a funerary shaft,” he said on his YouTube channel, Ancient Architects.

The shaft runs through the entire core body of the Sphinx into a void below the structure.

Its entrance – between two to four metres – was sealed off by Emile Baraize in 1926 with an iron trap door during major restoration work.

During his restoration, Baraize spilt grey cement which obstructed the view down the shaft and made it difficult to accurately judge if there was a chamber below.

Matthew then pointed out Mariette’s historic claims that wood was discovered in the void which, when burnt, gave off a smell like resin which was likely to come from a coffin. 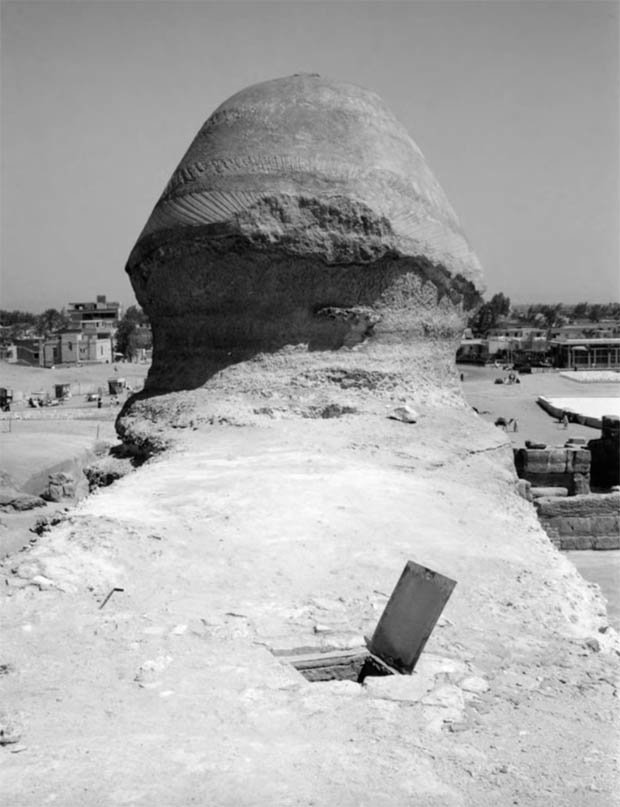 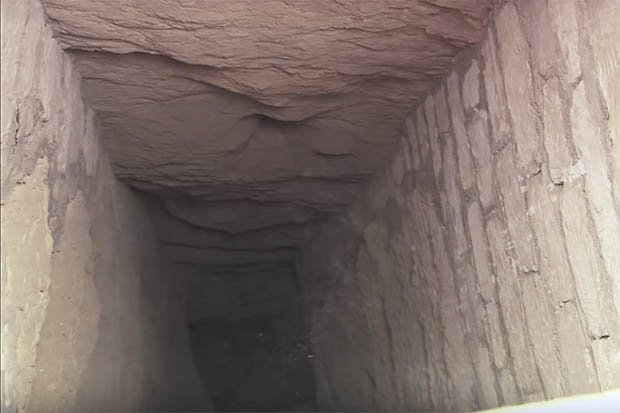 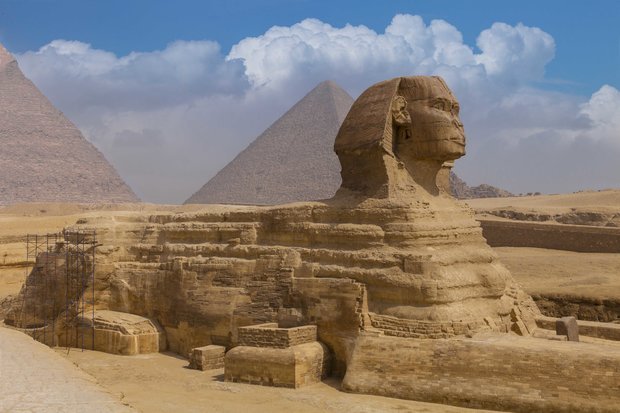 Roman author Pliny the Elder (23AD-79AD) said that local inhabitants told him it was widely known that The Sphinx was the final resting place of “Amasis”.

Matthew told Daily Star Online that “Amasis” is in fact “King Amasis II” because his most beloved queen and his son, Prince Ahmose, were both buried in rock-cut tombs next to The Sphinx.

But as Mariette said, no funerary objects, sarcophagus or body was found inside the Sphinx chamber.

Matthew explained that that is no surprise, given that in the past 2,000 years the Sphinx has been a focal point not just for the Egyptians, but for the Persians, Greeks, Romans, Arabs and more.

It comes after the expert revealed the Great Pyramid of Giza could be built on a naturally formed hill far larger than many historians predict.