LG unveils its first BENDABLE OLED TV! Incredible 42-inch display transforms from flat to ‘spectacularly curved’ at the touch of a button

LG has revealed its first bendable OLED TV, with a screen that curves in front of your eyes at the touch of a button.

The LG Flex LX3 has a 42-inch screen that curves inwards when people are using it to watch TV or play games.

The Flex doubles as a gaming monitor and a TV, and can go from completely flat to ‘spectacularly curved’ for more ‘immersive’ experiences, LG says.

Users can curve the screen inwards and then back to flat simply by pressing a button on an accompanying remote control, even while the display is on.

Alternatively, users can manually change the degree of curvature in five per cent increments by pressing a button underneath the screen. 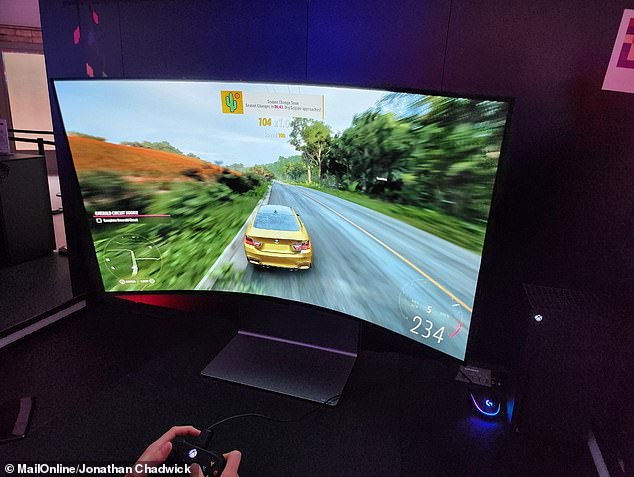 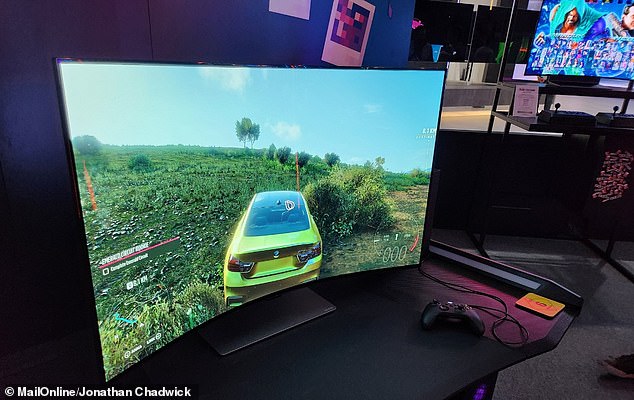 Generally, the smaller the curve radius, the more curvy the screen.

Imagine a small circle. A portion of the line that makes up the circle is going to be more curvy than a bigger circle that has a larger radius.

LG Flex has a maximum curvature of 900R, which means a curve radius of 35 inches (90cm) – the ‘tightest radius on the the market right now’, according to LG.

A more curvy screen makes for more immersive experiences, because it fills your peripheral vision, just like something that’s being viewed in real life.

According to LG, the Flex’s display ‘is unlike anything else’ and takes gaming immersion to the ‘next-level’.

But as well as gaming, it’s designed for working on documents and watching TV too, just like other monitors.

LG Flex will launch in ‘most markets’, including the US, by October, a month before the FIFA World Cup kicks off in November – but the price is to be confirmed.

LG told MailOnline that company employees were on-site at IFA to finalise the price of the Flex.

The Flex has a 42-inch screen, but users can also adjust the size of the onscreen image according to their individual preferences or the genre of game they’re playing.

For example, fans of role playing games and racing games will likely want to use all 42 inches of the screen, while first-person shooter gamers might prefer a 32-inch or 27-inch image that allows them to see everything going on at a glance.

When set at 32 inches or 27 inches, there’s a black border around the display to fill the rest of the screen. 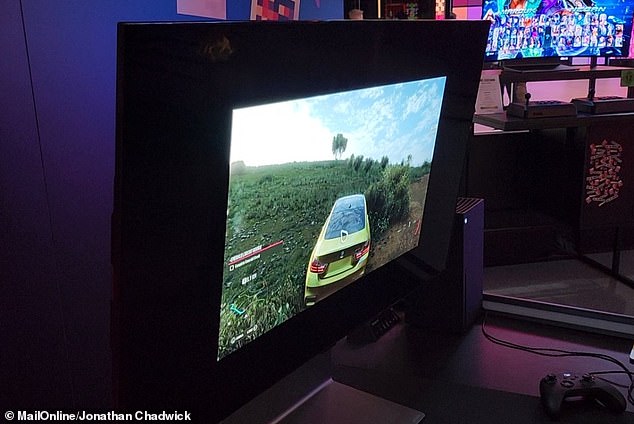 Additionally, the screen can be tilted toward up to 10 degrees or away up to 5 degrees from the user and has a height-adjustable stand, so gamers can enjoy ‘ergonomic comfort’ whether they’re sitting up or leaning back in their chair.

Paolo Pescatore, analyst at PP Foresight, who is also in attendance at IFA 2022, told MailOnline: ‘We’ve had rollable, foldable and now even bendable displays.

‘This eye catching display takes viewing to a whole new level providing users with a tailored and immersive experience for all genres.’

LG has showcased the world’s largest OLED TV with an ‘awe-inspiring’ 97-inch screen – about the size of a double bed.

The OLED evo Gallery Edition TV, which is being displayed at IFA 2022 in Berlin this week, will be available towards the end of the year. 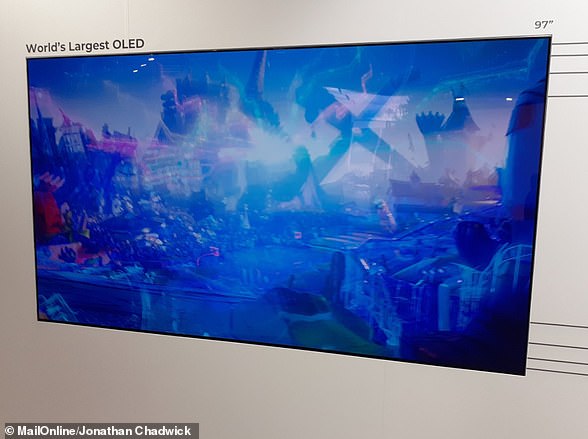 The Korean firm said it will ‘deliver immersive viewing experiences on a grand scale’ when it’s released, which should be in time for the FIFA World Cup.

The firm is yet to reveal a price for the monster display, although it’s rumoured to be more than £20,000.