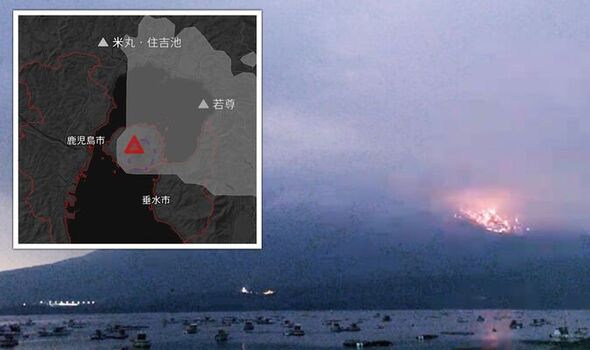 According to Volcano Discovery at 11.17am UTC, Sakurajima volcano erupted on Sunday after previous eruptions earlier in the year. Pictures on social media from live cameras near Tarumizu City show smoke and lava.

No details on the eruption were immediately available from JMA.

Volcano Discovery also reported Sakurajima erupted on Saturday and Friday, as well as throughout July.

Sakurajima volcano in southern Kyushu is one of the most active volcanoes in the world, and one of the few which is at present in constant  activity.

The volcano is the historically active centre of the larger complex of the Aira caldera volcano.

Located across Kagoshima Bay, which separates the city and the volcano by 4.2 km of water, its summit is only 8 km east of the city of Kagoshima with a population of half a million.

Due to its explosive potential, it is considered a very dangerous volcano and closely monitored.

The largest historical eruptions of Sakurajima took place during 1471-76 and in 1914.

Unlike the ash produced by burning wood and other organic materials, volcanic ash can be dangerous.

Its particles are very hard and usually have jagged edges and, as a result, it can cause eye, nose, and lung irritation, as well as breathing problems.

While in the air, ash can cause problems for jet engines, forcing airlines to cancel flights through the affected area.

An ashfall that leaves a thick layer of ash may cause roofs to collapse, clog gutters, and interfere with air conditioning units.

Animals in an area coated by volcanic ash may have difficulty finding food, as the plants in the region may be covered in ash.