The car that could stop you catching a cold: Jaguar is trialling UVC lighting that kills microbes as they pass through a vehicle’s air conditioning

Jaguar and Land Rover cars are joining the fight against superbugs and killing them in the car’s air conditioning unit before they can infect a car’s occupants.

The automaker is fitting future models of its vehicles with an ultraviolet light (UVC)  to sterilise the interior of the cars.

UV lights have been used in the medical world for more than 70 years and is effective at killing pathogens – including bacteria and viruses.

High energy rays from UV light sterilise the contents of the air conditioning system before it is pumped around the car’s cabin, reducing the risk of infection. 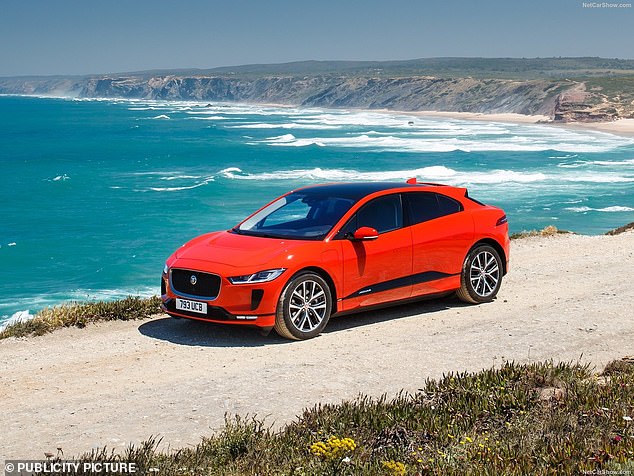 Jaguar and Land Rover cars are joining the fight against superbugs and killing them in the car’s air conditioning unit before they can infect a car’s occupants. it builds on the HVAC system in the I-PACE which is designed to remove pathogens

UV technology is already used for disinfecting water, filtering air and sterilising surfaces but the move to implement it in a car would be a first for the industry.

Exposing pathogens to UVC destroys bonds within the DNA of the harmful microorganism and renders it useless and harmless to humans.

Healthcare and maintaining the well-being of the driver and other occupants is a growing priority for Land Rover and Jaguar, who are owned by the same firm.

These are then trapped by the car’s filters and discarded.

Ion technology such as this, Jaguar Land Rover claims, is also effective at getting rid of smells and allergens.

Dr Steve Iley, Jaguar Land Rover Chief Medical Officer, said: ‘The average motorist spends as much as 300 hours per year behind the wheel. There is a clear opportunity to better utilise cars for administering preventative healthcare.’ 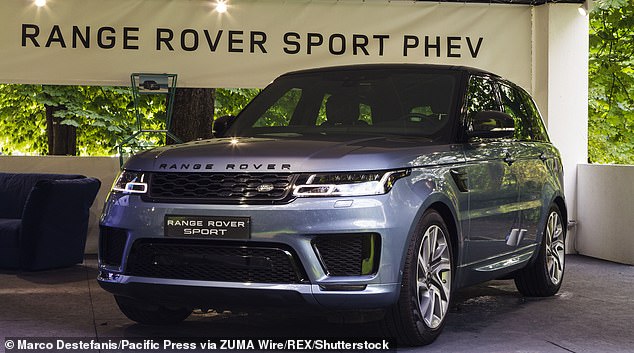 The firm claims UVC technology in cars would be able to stop the spread of cold and flu while also reducing the transmission of major superbugs by up to 30 per cent.

Immunology expert, Dr Hellmut Münch, CEO at Medical Enzyme Research Association, added: ‘The rise of superbugs and allergens is one of the largest threats we face as a species today.

‘Investment in immunology is vital in ensuring that our immune systems stay ahead of the race against microorganisms, which are evolving far quicker than traditional pharmaceuticals can keep pace with.

‘It is important that we continue to take an innovative look at how we can adapt our environment to help prevent the spread of the most harmful pathogens – which is why this research is paramount.’

WHAT IS ANTIBIOTIC RESISTANCE?

Antibiotics have been doled out unnecessarily by GPs and hospital staff for decades, fueling once harmless bacteria to become superbugs.

The World Health Organization has previously warned if nothing is done the world was headed for a ‘post-antibiotic’ era.

It claimed common infections, such as chlamydia, will become killers without immediate answers to the growing crisis.

Bacteria can become drug resistant when people take incorrect doses of antibiotics, or they are given out unnecessarily.

Chief medical officer Dame Sally Davies claimed in 2016 that the threat of antibiotic resistance is as severe as terrorism.

Figures estimate that superbugs will kill ten million people each year by 2050, with patients succumbing to once harmless bugs.

Around 700,000 people already die yearly due to drug-resistant infections including tuberculosis (TB), HIV and malaria across the world.

Concerns have repeatedly been raised that medicine will be taken back to the ‘dark ages’ if antibiotics are rendered ineffective in the coming years.

In addition to existing drugs becoming less effective, there have only been one or two new antibiotics developed in the last 30 years.

In September, the World Health Organisation warned antibiotics are ‘running out’ as a report found a ‘serious lack’ of new drugs in the development pipeline.

Without antibiotics, caesarean sections, cancer treatments and hip replacements would also become incredibly ‘risky’, it was said at the time.