On August 13, Israel and the US administration revealed to the world the Abraham Accord, a historic peace deal signed between Israel and the United Arab Emirates. Just 30 days later, Bahrain joined the fray when it signed its own US-brokered treaty with the US. But the diplomatic developments might not stop there, according to US President Donald Trump who believes more Arab states are keen to normalise relations with Israel.

And although the news was welcomed by many as a positive shift in the conflict-ridden region, some believe the Abraham Accords have been prophesied thousands of years ago in the Bible.

If the claims are to be believed, it could mean Jesus Christ “will return very soon”.

This bizarre interpretation of the Israeli peace deals was shared by the Christian conspiracy theory blog Bible Prophecy – Signposts of the Times.

The blog said: “Upwards of an additional eight to nine Middle-Eastern nations are apparently interested in also becoming part of this new Abrahamic Declaration. 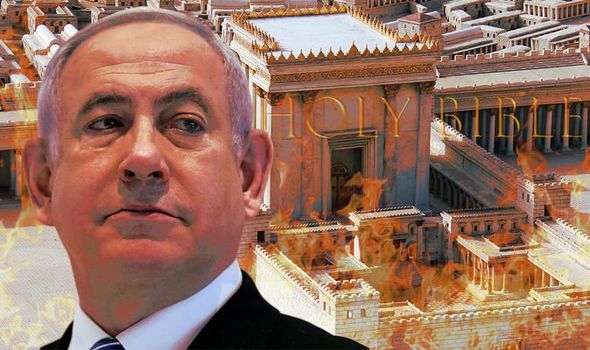 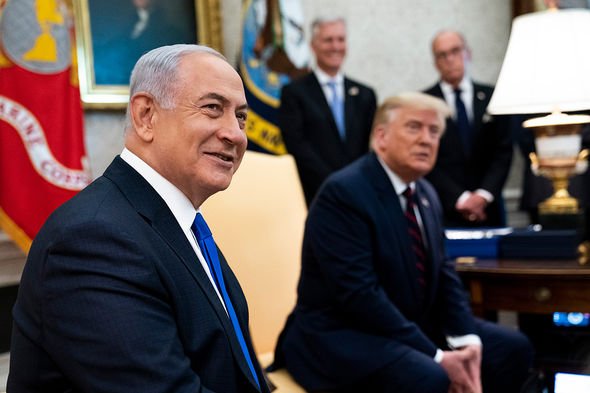 “This is intriguing given the prophecy of Daniel the Prophet who saw a time far in the future when a covenant of many would be confirmed by a future global world leader, (who Christians know as the Antichrist).”

This so-called covenant with many is described in the Book of Daniel, Chapter Nine.

According to some interpretations of scripture, the covenant describes a temporary peace deal between Israel and its adversaries.

The peace will last until Israel clashes with its neighbours over the Third Temple in Jerusalem, which as of today is yet to be constructed.

Daniel 9:27 reads: “He will confirm a covenant with many for one ‘seven.’

“In the middle of the ‘seven’ he will put an end to sacrifice and offering.

“And at the temple he will set up an abomination that causes desolation, until the end that is decreed is poured out on him.”

According to Signposts of the Times, the wording of the prophecy suggests the covenant already exists but will need to be officially confirmed.

The blog said: “Contained within this new Abrahamic Declaration is a clause which will allow Jews to pray on the Temple Mount.

“This may be yet another step forward in the establishment of the Third Jewish Temple upon the Temple Mount. 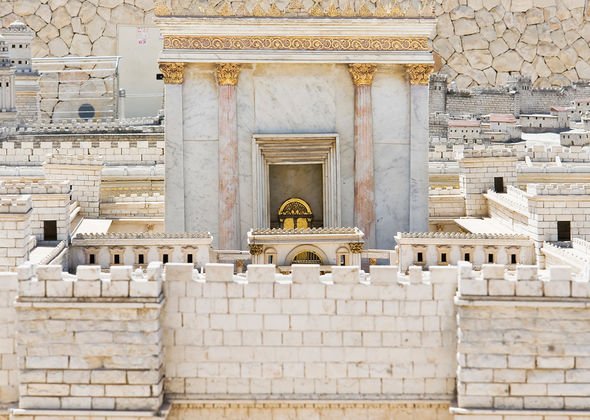 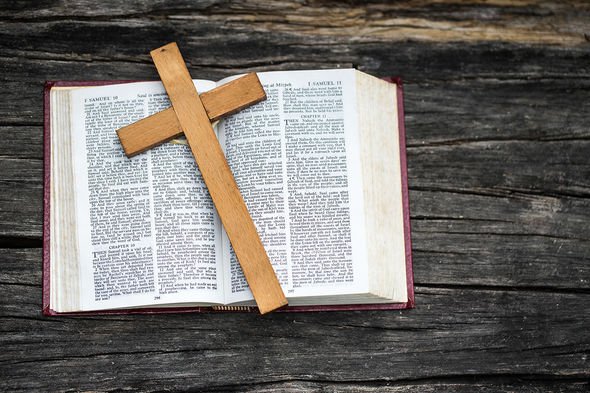 “This is a key event that must occur as there will be Jewish Temple during the Tribulation period.”

The Tribulation is said to be a seven-year period of strife during which the Antichrist will falsely proclaim himself the Messiah.

In the second half of the Tribulation, scripture states a battle will rage between the forces of good and evil.

Signposts of the Times said: “We can never fully know if any of these recent events are the beginning of fulfilment of these various biblical prophecies, or perhaps not at all. Time will tell.

“We do know however that Israel and the Jewish people have been warned about entering into agreements with the powers of this world. That to do so will bring much pain, (the Times of Jacobs Troubles).

“So we continue to be watchful and we wait. Jesus Christ will return very soon. The events of this world indicate as much.

As always, do not be discouraged by this world, but keep your eyes upon the things of heaven.”

However, the Bible makes a clear point about not attempting to predict the time of Jesus’ return.

Jesus said in Matthew 24: “But about that day or hour no one knows, not even the angels in heaven, nor the Son, but only the Father.”