Now Apple slows iPhone 14 Plus production! Tech giant ‘slashes number of smartphones by 40%’ due to low demand – less than one month after it cut the iPhone 14 by 6 million units

Apple is said to have slow production of its new iPhone 14 Plus ‘by 40 percent’ just two weeks after the September launch due to a lack of demand among consumers.

The report from the Information states the Cupertino company told one of its producers in China to stop production altogether, while two others lowered it by 70 percent and 90 percent.

The news comes less than one month since Apple halted manufacturing of its iPhone 14 for the same reason, Bloomberg reported in September.

While the Apple has not announced the moves publicly, some speculate the weak demand is a result of the worldwide inflation that has increased costs of living, food and other necessary items.

The Information notes that although the iPhone 14 family was not the overnight success Apple had hoped, the company is still pushing forward with an iPhone 15 for next fall.

Apple is said to have slow production of its new iPhone 14 Plus just two weeks after the September launch due to a lack of demand among consumers. This comes less than a month Apple halted manufacturing of its iPhone 14 for the same reason

Apple debuted its iPhone 14 family on September 7 during its ‘Far Out’ event and although the exterior did not change, it included several new features that can detect when you are in a car crash, track ovulation and connect to satellite internet.

The lack demand, however, was observed a week after the launch when pre-orders for the iPhone 14 Plus took a dive.

Ming-Chi Kuo, a famous Apple analyst with a good track record of predicting the tech firm’s launches and new features, examined some early indicators of pre-orders to determine what demand is looking like so far among the four new models released earlier this month. 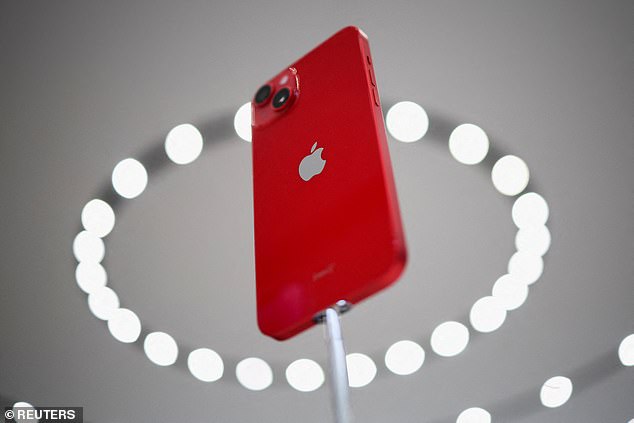 While the Apple has not announced the moves publicly, some speculate the weak demand is a result of the worldwide inflation that has increased costs of living, food and other necessary items

Kuo looked at availability and shipping estimates to observe that the iPhone 14 Pro and Pro Max are showing ‘good’ or ‘neutral’ results thus far. But the pre-orders for the standard models, iPhone 14 and 14 Plus, are ‘bad.’

‘This new product’s pre-order result is significantly lower than expected, meaning Apple’s product segmentation strategy for standard models fails this year,’ Kuo said about the larger iPhone 14 Plus, which is a 6.7-inch phone, in a blog post.

Kuo explained that the company would likely have to cut shipment forecasts for the iPhone 14 and 14 Plus in November if the numbers don’t improve.

That in turn could negatively impact Apple’s revenue growth for this year.

However, the iPhone 14 Pro is a huge hit and dominated the first week of pre-orders, which may be due to the large upgrades included in the smartphone.

The Pro has a brighter display, which earned it best smartphone display, features a better camera with up to four times the resolution of its predecessor and the new Dynamic Island that uses dead space on the smartphone to house the selfie camera and Face ID.