British households have been urged to replace their gas boilers with heat humps to help the nation reach net-zero climate targets. Yet the UK has the lowest rate of uptake of domestic heat pumps in Europe, with just 42,779 of the devices installed across the country last year.

This is significantly below the UK Government target to install 600,000 each year until 2028.

The UK installed 1.48 domestic heat pumps per 1,000 households last year, according to data from the European Heat Pump Association.

To meet 2050 net-zero targets, the Independent Climate Change Committee suggests that the UK needs an uptake of 15.3 installations per 1,000 households.

At the current rate of installation, it would take the UK more than 600 years to meet the 27.2 million required to achieve climate targets. 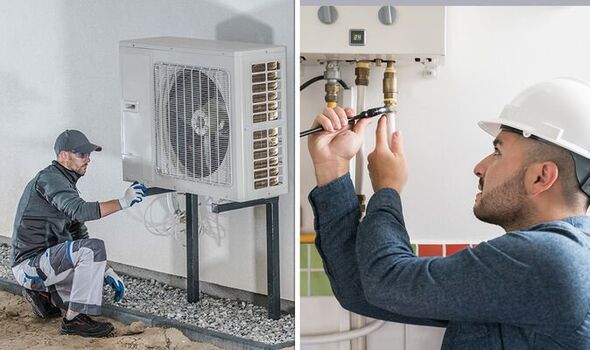 In response, Express.co.uk ran a poll from 1pm on Wednesday, July 13, to 2pm on Friday, July 15, asking: “Would you install a heat pump to help save the planet?”

Overall, 4,760 people cast their votes with the overwhelming majority, 95 percent (4,520 people), answering “no”, they would not install a heat pump.

Hundreds of readers left their opinions of heat pumps below the accompanying article in a lively discussion. 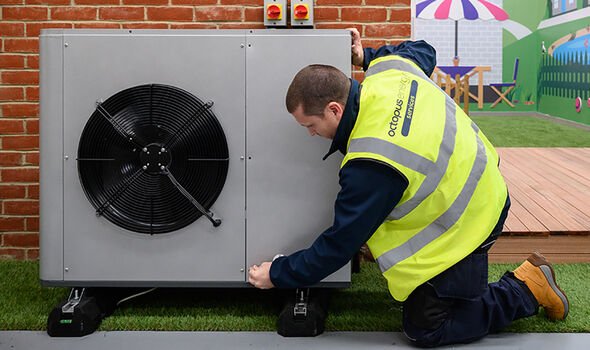 Many argued that replacing their gas boilers with such devices would not help combat climate change, with username Servative writing: “No, because it won’t save the planet.”

Username BlueJaay said: “Installing heat pumps in the UK will have no impact globally on the world carbon footprint.”

Another reader, username InCognito said: “With the UK accounting for less than one percent of worldwide greenhouse emissions.

“Anything we do in this country regarding greenhouse gas measures is a mere drop in the ocean and completely pointless as well as an unnecessary expense.”

Others argued that they could not afford the cost of a heat pump despite the green credentials they offer.

Username Marsaday said: “Nope, firstly  I cannot afford it, secondly they are not practical.”

Meanwhile username SummerLady said: “Heat pumps definitely are a waste of money, until the technology improves.”

And username trixidakota said: “The reason here in the UK the take up is poor is because people realise they are not fit for purpose, too expensive and don’t work in older properties.” 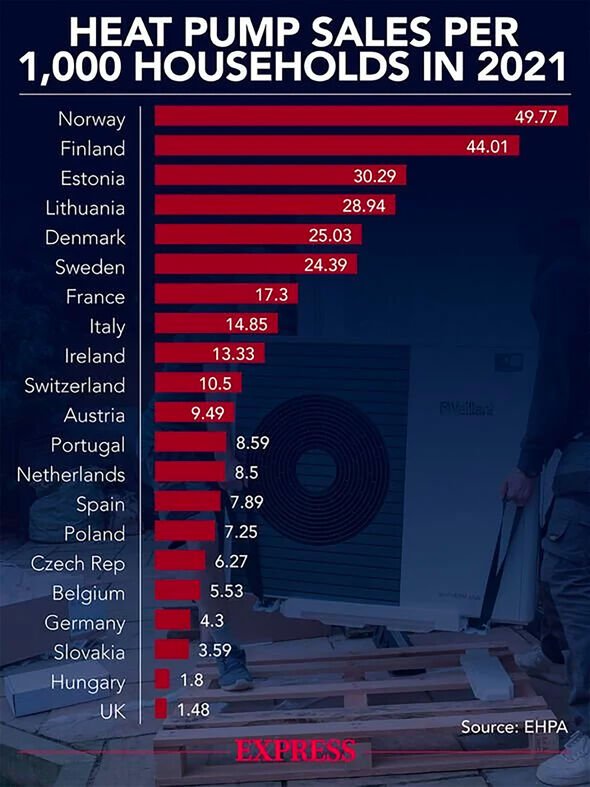 He added: “This can be done through the introduction of a carbon dioxide price and rebalancing of energy taxation.”

Meanwhile, some readers argued that they would install a heat pump, with username Smalc saying: “If me installing a heat pump would ‘save the planet’, then yes of course I would.

“However, in reality heat pumps will do nothing of the sort.”