‘Incredibly rare’ SWORDFISH sighting in British waters: 10ft-long fish is spotted leaping out of the water in the Irish Sea in one of only a handful of recorded sightings in the UK

An ‘incredibly rare’ swordfish has been spotted in British waters, and is thought to be an indicator of rising sea temperatures.

The majestic 10ft long fish – famed for its long pointed bill – was spotted in the sea five miles off the coast of the Isle of Man in the Irish Sea.

Swordfish are typically found in the more tropical waters of the mid-Atlantic, Pacific and the Mediterranean.

The sighting was caught on camera by members of the charity Manx Whale and Dolphin Watch on Saturday.

Outreach and education manager Jen Adams said: ‘We suddenly saw this massive animal leaping out of the water.

‘I got my binoculars on it and saw clearly that it wasn’t a dolphin and then made out the long bill of a swordfish. There was no mistaking it.

‘It was amazing to see and incredibly rare – something that you would never expect to see in a million years.’ 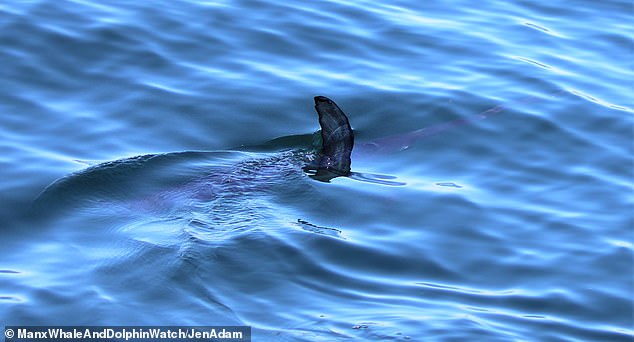 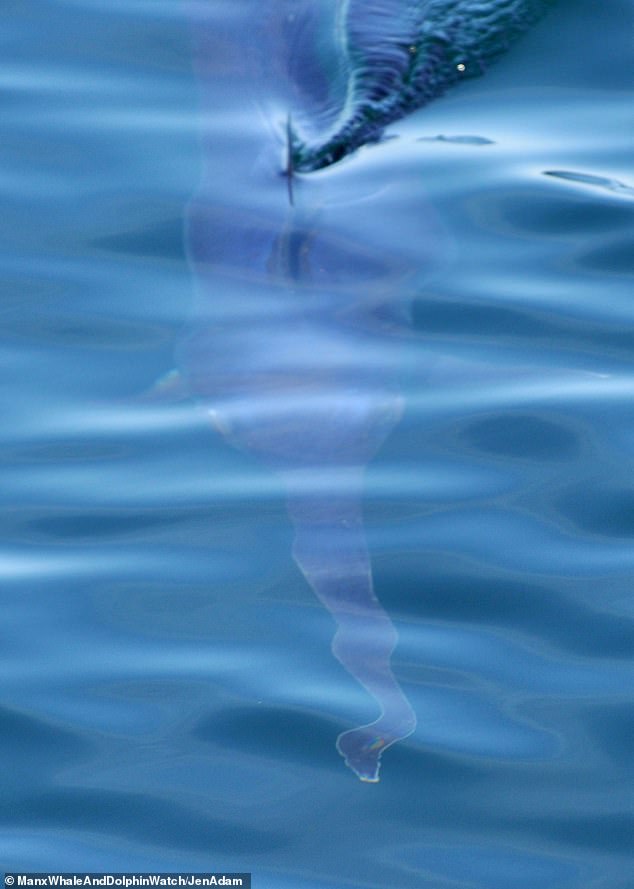 Swordfish are typically found in the more tropical waters of the mid-Atlantic, Pacific and the Mediterranean, so it is thought its presence in the UK is a sign of rising sea temperatures 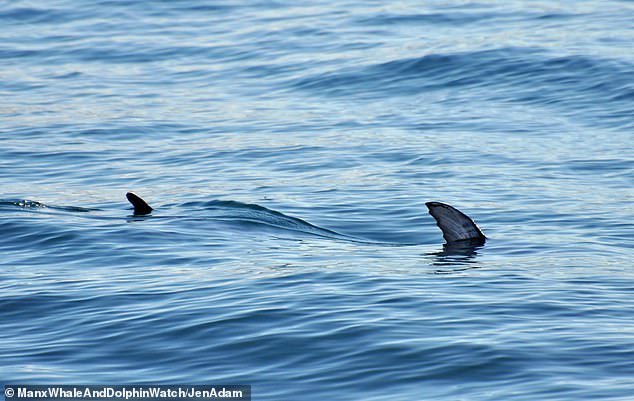 As well as the warmer sea, its presence of the swordfish could be an indication of the healthy abundance of prey fish like mackerel and herring in UK waters at the moment

The State of the Global Climate in 2021 report, published in May, revealed that the upper two kilometres of the ocean reached the warmest level on record last year.

It is expected to continue warming in the future — a change which is irreversible on centennial to millennial time scales.

Professor Albert Klein Tank, the director of the UK’s Met Office for Climate Science and Services, said: ‘Around 90 per cent of the heat from climate change is accumulated in the ocean and last year’s record signals that climate change is progressing.’

Swordfish, or Xiphias gladius, are known for their agility in the water, reaching speeds of up to 22 miles per hour.

They are thought to use their ‘sword’ to slash and injure prey animals, rather than to spear small fish as is often assumed.

They present no threat to humans and are listed as a near threatened species on the IUCN red list, mainly because of overfishing.

It is believed there have only been five swordfish sightings ever in the British Isles, their rarity due to the cooler waters.

However, as ocean temperatures rise as a result of climate change, marine creatures have been found to migrate to new territories, as well as shrink in size.

As well as the warmer sea, its presence could be an indication of the healthy abundance of prey fish like mackerel and herring in UK waters at the moment.

In recent years there have been increasing numbers of big game species like blue fin tuna and blue and porbeagle sharks, as well as large pods of dolphins that are thought to be attracted by the huge stocks of smaller fish.

The conservationists from Manx Whale and Dolphin Watch were on a boat carrying out a survey of the more commonly-seen mammals when they encountered the unusual shape in the water.

They noted that its dorsal and tail fin were hugely scarred, and are most likely battle scars through fighting with their prey

Ms Adams added: ‘We switched the engines off so that we didn’t scare it away. Then after about ten minutes it re-appeared and approached us.

‘It was three metres long and a third of that was its bill. It was huge.

‘Swordfish are off-shore oceanic species found in the north west Atlantic and the Mediterranean, not inshore UK waters.

‘I believe there have been no more than five swordfish sightings ever in the UK.

‘I have no idea what it was doing here. It baffled us.

‘It may well off gone off course in search of food, they feed on oily fish like mackerel and herring.

‘We are seeing a lot of large pods of about 200 dolphins this year and that is probably because there is a lot of food for them here. It may be the same for swordfish.’

Species that live in the world’s oceans are fleeing towards the Earth’s poles in a desperate attempt to escape rising water temperatures closer to the equator.

Researchers studied more than 300 species — including plants, mammals and birds — to see where the majority of species are living today.

The study looked at more than 100 years worth of data and discovered that populations are now blossoming closer to the poles.

At the same time, population numbers of marine creatures and plants are dwindling near the equator, as they struggle to adapt to warmer waters.