[Read all Times reporting on the 50th anniversary of the Apollo 11 moon landing. | Sign up for the weekly Science Times email.]

We’ve never been closer to the moon.

Even though humans have not been there for decades, our understanding of our lunar neighbor has never been better. But our ability to really know our moon was not always this easy.

The beginning of the moon race in 1959 offered our first real glimpses of the surface, with Soviet probes sending the first close-up pictures back to Earth.

We inched closer with the Apollo 8 flyby in 1968. No humans had ever been so near. For the first time, our view was swapped — it was the pockmarked lunar surface in the foreground, and our blue speckled Earth in the distance.

But it really took landing on the moon with Apollo 11 to turn this alien world into a familiar one. And there is still much to see. The Chinese space program recently landed on the moon’s far side for our first close-up view there. 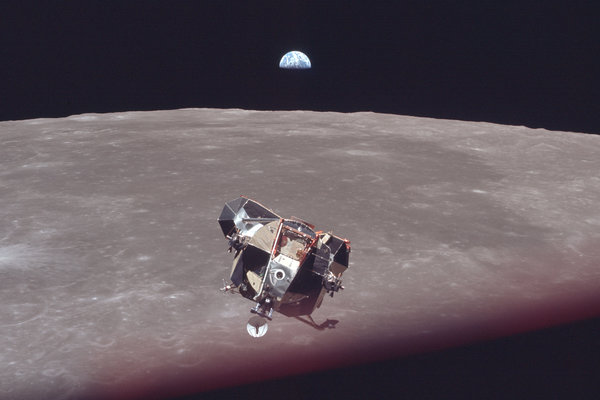 For millenniums the moon was a thing of legend. People believed that it controlled our moods, our behaviors and even our destinies. This divine assignment found its way into myths, literature and, of course, art.

“Both before and after the invention of the telescope, artists and amateur astronomers were looking at the moon, interpreting what they saw, and trying to reconcile this with religious and philosophical beliefs at the time,” says David Bardeen, an art historian at the University of California, Los Angeles. “Art helped negotiate all of the questions that were being raised.”

One of the oldest portrayals of the moon was made at the height of the Bronze Age. The two-dimensional sculpture, forged from metal and gold, is called the Nebra Sky Disk because of where it was discovered in Germany. It dates to 1600 B.C. and is one of the oldest known depictions of the cosmos. Art historians believe it was probably an astronomical tool, hinting at how some Bronze Age cultures kept watch on the sky.

To the East and many centuries later, the crescent moon appeared in a sculpture called the Stele of Nabonidus. In ancient Babylon, King Nabonidus worshiped the moon god, called Sin, represented as the crescent moon. The king even gestures upward as a mark of his devotion. This piece dates to the sixth century B.C., during the last neo-Babylonian era, when religious worship of the moon was common.

Many older pieces, like this stele, connect the moon to a deity. But as technology developed, our relationship to the moon began to change.

In fall 1609, Galileo Galilei used his new telescope to look at the moon from the hills of Tuscany. The object he had before seen only with his eyes suddenly became more complex.

Originally trained as an artist, he grabbed watercolors and his notebook and painted the surface of the moon over a few months, documenting how the shadows changed and the light collected in craters of different sizes. Soon after, he published these drawings in a journal called “Sidereus Nuncius” with support of the Medici family in Florence. This astronomical treatise was then widely distributed, making visual access to the moon’s surface available to some for the first time in history.

Suddenly, in Galileo’s watercolors, the austere lunar facade was filled with valleys and craters, making Earth and the moon more similar than previously imagined.

Although Galileo revealed that the moon was not merely a smooth, featureless orb, artists continued finding symbolic meanings in our lunar neighbor.

“Artists use the moon symbolically, but the ways in which they paint it often bear little relationship to scientific discoveries,” Caroline Campbell, director of research at the National Gallery in London, said. “The moon is a very powerful way of showing the ‘other.’ Something alien and different.”

Nearly three centuries after Galileo, a Japanese woodblock artist, Taiso Yoshitoshi, created a series of prints called “One Hundred Aspects of the Moon.” At a time when Western influence was high, Yoshitoshi made a concerted effort to bring Japanese and Chinese lunar myths back into popular art.

One of his most famous pieces, “Cassia Tree Moon (Tsuki no Katsura),” depicts Wu Gang of the Han dynasty, who abused his power after becoming fluent in Taoist magic. As punishment he is sentenced for eternity to chop down the cassia trees that grow on the moon. Once removed with his giant ax, they would immediately grow back.

The full transition of the moon in the Western imagination — from light source, to a symbol, into simply an object of nature to be documented — may have been completed in the 19th century with what is perhaps the most famous depiction of the night sky.

In 1889, Vincent van Gogh admired the moon through his bedroom window at the asylum at St.-Rémy-de-Provence. “Starry Night” is almost an overwhelming dance of brush strokes, like starlight that has been smeared and animated. But as if it were the only static object in the night sky, the crescent moon rests in the upper right of the painting. While wholly unrealistic, van Gogh’s impression of the natural world manages to not only invoke a real sense of what the night sky looked like, but also how it felt to see it. This is one of the first major works of art that provides us with a sense of the night without relying on myth or religious symbols.

Earlier in the same century, the moon started to be an object for the imagination to explore.

The cover of “From the Earth to the Moon,” an 1865 novel by Jules Verne and illustrated by a French artist, Henri de Montaut, showed a giant rocket ship en route to a moon so large it is almost swelling from the page.

This heavily read novel and its cover transformed the moon from something more than merely symbolic or scientific. The moon became a destination.

About a century after Verne’s and Montaut’s vision, an actual spaceship landed on the moon. On July 21, 1969, the world slowed down to watch one of the most important and connective moments in human history. Dinners went cold as families stayed up late, staring at their television sets.

Nearly 4,000 years after the Nebra Sky Disk was forged in bronze and gold, Neil Armstrong walked a few steps down a ladder and placed his boot in the fine light-gray moon dust. Across the world, antennas picked up the video. Here was a man in a puffy white spacesuit — after millenniums of observing, of wondering, of seeing the moon as only a symbol. We were all standing there with him.

And just like that, the moon — much more than a featureless symbolic orb — was a real part of our collective memory and history. 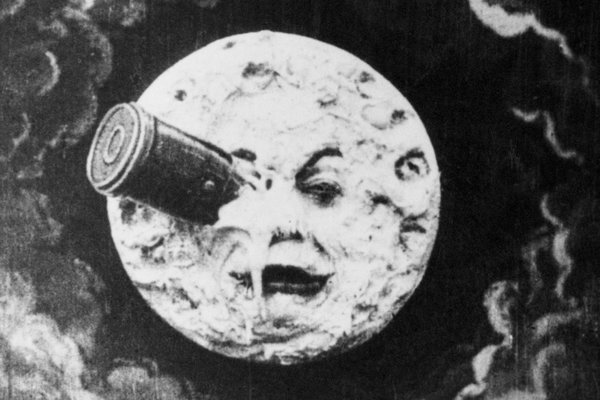 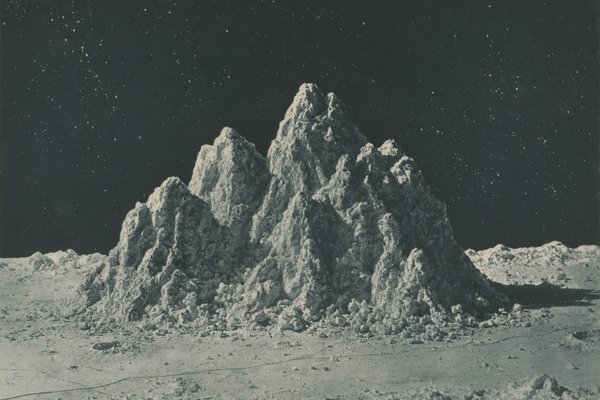