A new FCC filing has revealed an IKEA device called ‘shortcut button’ that would allow users to customize the company’s smart home furniture into ‘scenes.’

The button is a small rectangular housing with an image behind a clear touch surface indicating the kind of ‘scene’ that would be initiated by pressing.

Presumably, there would be multiple shortcut buttons placed throughout one’s home or apartment to make it easy to change the settings of multiple pieces of smart furniture simultaneously. 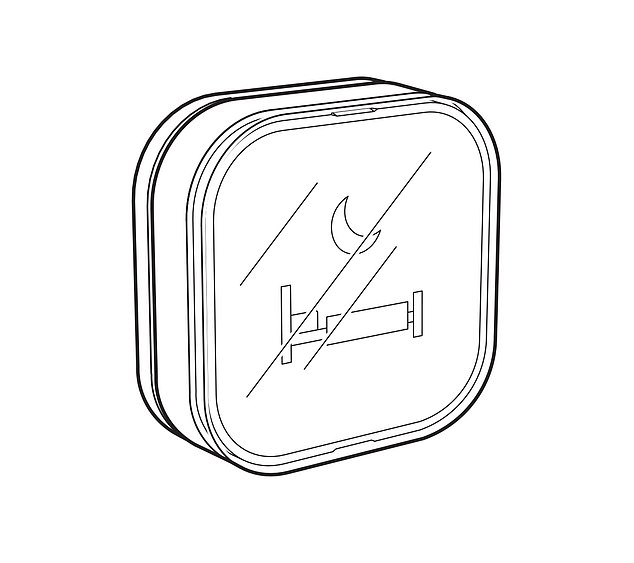 A new FCC filing shows an unreleased product from IKEA, called a ‘shortcut button,’ something that would instantly create a ‘scene’ in a room by shifting connected smart furniture like lamps, blinds, and speakers to certain settings

According to the filing, the shortcut button would require a Trådfri gateway device to function.

The gateway device, currently available for $35, communicates directly with any pieces of IKEA smart furniture in one’s home.

Users can send commands to the gateway via IKEA’s Home smart app available on both iOS and Android.

The gateway then communicates those commands to the particular Home devices. 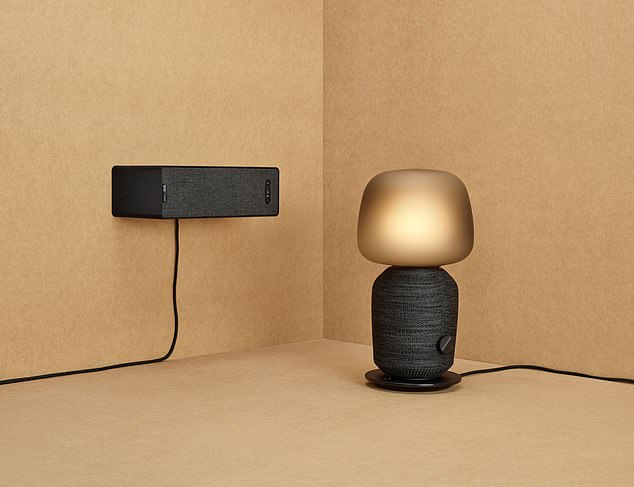 IKEA’s Home smart range currently includes light bulbs, lamps, wireless speakers, and smart electric outlets that can turn the electricity on and off for any device that’s plugged into it

Users can currently control the settings of their different IKEA devices by setting timers for when they turn on or off, using the Home app.

The move promises to take smart lighting, which until now has largely confined to expensive high-end products, into the mainstream, but could make our homes more easy to hack than ever before.

Cyber security experts have warned that ‘there’s a possibility of doing something’ to these smart bulbs.

The IKEA smart home products will be sold online and in stores in the US and UK starting in April.

The button would last two years running on a coin battery.

The shortcut button seems like it will allow users to coordinate the setting on several different devices at once, and bundle those settings together into ‘scenes’ that could then be turned on or off.

One example, pointed out by The Verge’s Thomas Ricker, could be ‘TV time,’ which triggers the blinds to lower, a speaker to turn on, the lights to dim, and the air condition to turn on.

A simpler scenario was hinted at earlier this year, when IKEA released a video of a morning routine in which the lights come on as an alarm clock goes off, the smart blinds begin to lift, and the coffee maker turned on.

IKEA originally began working on its Home smart initiative in 2012. 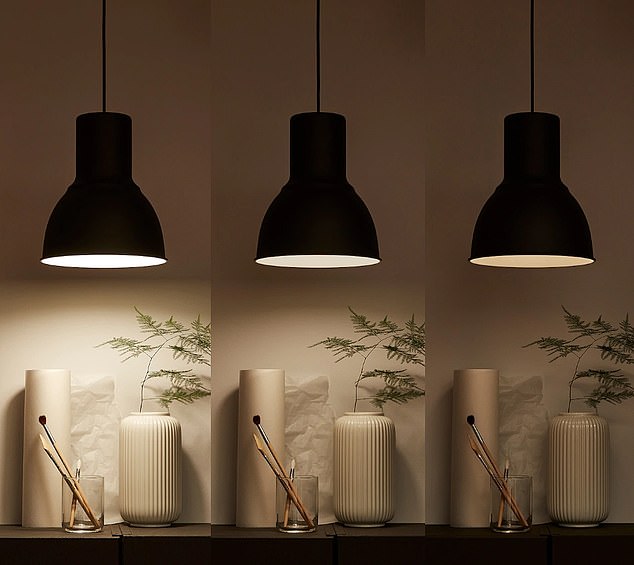 The company has so far released a number of different devices in the Home smart range, including several different kinds of smart light bulbs and smart lamps, a wireless control outlet that can be used to remotely turn on devices that are plugged into it.

Ikea has also released a wireless speaker system, called Symfonisk, with speakers that range from $99 to $179.