Huawei has struck a deal with the navigation and digital mapping firm TomTom to use the company’s maps and services on its smartphones.

Huawei has been cut off from Google — upon whose Android operating system and apps its international products relied — amid a trade war between the US and China.

The ban, implemented in May, was born from allegations that the firm has close ties with the Chinese government and represents a threat to US national security.

Dutch firm TomTom provides a non-US partner that can furnish navigation software, maps and traffic information as Huawei develops its own suite of apps.

The announcement follows recent rumours that Huawei’s upcoming premiere smartphone offering — the P40 — will ship in March 2020 without Google software. 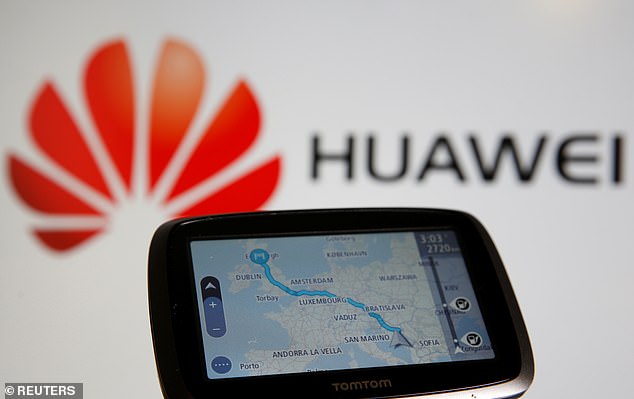 The deal with TomTom is the latest in Huawei’s adjustments to its loss of access to Google product like its official android operating system and apps like Google Maps.

The firm — which is accused of having close ties to the Chinese government — was effectively blocked from the US last year by President Donald Trump’s administration, who cited concerns over national security.

Huawei is now placed on the US government’s ‘Entity List’, meaning that American firms are not permitted to do business with the Chinese firm unless they first procure a special licence.

Following the ban in the US, Huawei has been forced to develop its own operating system for smartphones — dubbed HarmonyOS — and work on its own suite of native core apps to replace the so-called Google Media Service.

According to TomTom spokesperson Remco Meerstra, the deal with Huawei was finalised some time ago.

However, the two tech companies have only just decided to make the association be known publicly.

Mr Meerstra declined to provide more information on the specifics of the deal, Reuters reported.

On the other side of the deal, the agreement is the latest in TomTom’s move away from selling physical devices to instead providing software services.

Last year, the Dutch company sold its telematics division to the Japanese tyre and vehicle part manufacturer Bridgestone, who are looking to provide a the real-time car fleet-tracking service.

The move was reportedly intended to free up the firm to focus on its digital map-linked businesses.

China could retaliate against America for its treatment of Huawei in a number of devastating ways – the most likely would be to targeting US companies that do business in the region, such as Apple. Greater China ranks third among the regions that generate the most revenue for the company, behind the US and Europe.

Additionally, the majority of Apple’s supply chain consists of Chinese companies that manufacture key components like sensors, OLED displays and other parts used in the iPhone.

If Apple can’t rely on Chinese manufacturers, it may be forced to move to suppliers in the US or elsewhere, which could result in an increase in iPhone prices.

Additionally, some Chinese consumers have already latched onto a growing ‘Boycott Apple’ movement in retaliation, which means Apple may suffer lasting damage to its brand in the region as a result of the Huawei ban.

Apple isn’t the only US firm that’s likely to feel an impact. Tech companies that rely on Huawei as a major will also be hurt.

‘The announced tariffs, if implemented, will be the gut punch for tech companies and its suppliers,’ said Wedbush Securities analyst Dan Ives.

What devices could be impacted by the decision?

Existing and new Huawei phones will be hurt the most when it comes to security updates.

These devices will no longer be able to access over-the-air security updates supplied by Android, as well as new software versions, like Google’s upcoming Android Q.

But Huawei devices will be forced to use the open source version of Android, which means the firm will learn of security updates the day they’re issued and, as a result, will have to ship them out to users manually.

This could leave Huawei devices vulnerable to attacks or other security flaws in the time that it takes to download new security updates.

Huawei would also be left out of future Android software updates. Since it’s using an open source version, it can’t legally market its phones as being Android devices.

The ban will most likely affect Huawei’s line of Mate laptops as well.

Huawei’s computer business relies heavily on chips made by Intel, Qualcomm and others, as well as Microsoft’s Windows operating system.

Since these companies aren’t doing business with Huawei, it’s not yet clear what this means for future laptops made by the firm.