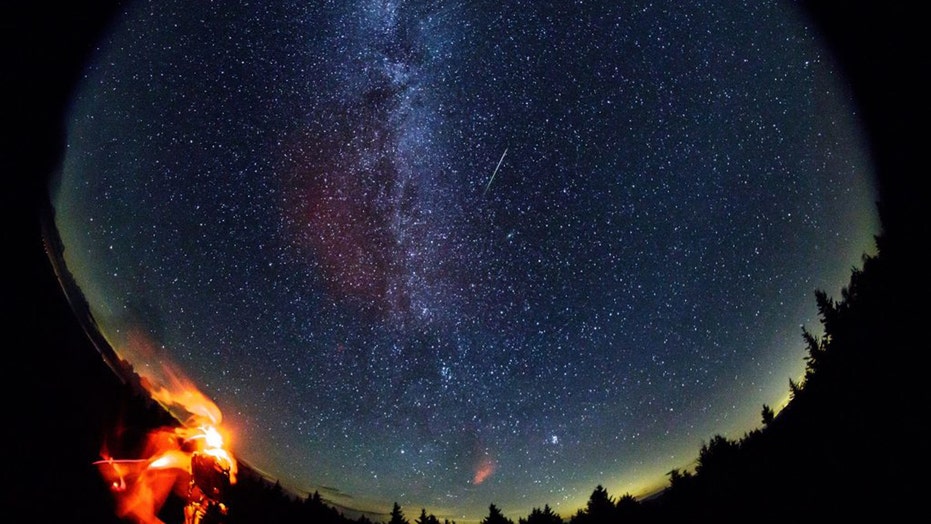 Scientists: Mile-long asteroid could be dangerous to life on Earth in millions of years if it breaks up

The fire ball that passed over Japan in 2017 is linked to a mile-long asteroid. Scientists now believe that the asteroid, known as 2003 YT1 could break up and harm life on Earth.

The Perseids, considered the best meteor shower of the year, will peak on Wednesday night and into pre-dawn hours on Thursday.

With the crescent moon setting early, the skies above Earth will be dark for what NASA says are the peak viewing hours between midnight local time and dawn on Aug. 12.

While viewing will be best in the Northern Hemisphere, the Southern Hemisphere will see a few Perseids with none visible below approximately 30 degrees south latitude, according to the agency.

Visibility also decreases due to light pollution and maximum Perseid rates in cities are just one or two per hour.

Elsewhere, under dark country skies, skywatchers could see almost one per minute near the time of maximum activity and up to 40 Perseids an hour.

Those watching from their neighborhoods, with brighter skies, are likely to see a rate of one every six to seven minutes.

The Perseids occur when Earth crosses through the stream of debris of the comet 109P/Swift-Tuttle and its meteors – most of which are pea-sized – create bright “shooting stars” as they burn up in the planet’s atmosphere.

These meteors have been showing up across the Earth’s night skies since mid-July, with the first spotted on July 26.

The Perseids appear to radiate from the constellation Perseus, or the shower’s “radiant,” but can be seen streaking across the sky anywhere at a speed of 37 miles per second. 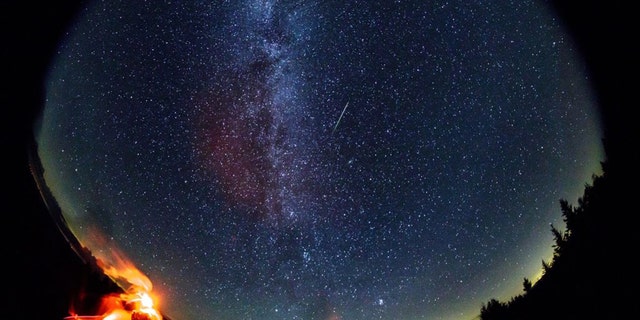 In this 30 second exposure taken with a circular fish-eye lens, a meteor streaks across the sky during the annual Perseid meteor shower on Friday, Aug. 12, 2016 in Spruce Knob, West Virginia.
(NASA/Bill Ingalls)

The meteor shower is also known for its fireballs, which can last longer than an average meteor streak.

Should interested parties miss the Perseids on the night of Aug. 11-12, the following night will also be a good opportunity to see the celestial event and watchers are advised to give their eyes some time to adjust to the dark.

Additionally, NASA’s Meteor Watch is hosting a live stream of the Perseids overnight beginning on Aug. 11 at 10 p.m. to 5 a.m. CT and plans to try again at the same time on the night of Aug. 12 if skies are cloudy.