In a nail salon in Los Angeles, Elle Woods introduced a nail technician named Paulette to the bend and snap: a foolproof method of catching someone’s attention, and the only move that has an 83 percent return on a dinner invitation, at least in the universe of the “Legally Blonde” films.

Now, let the scorpion and its notorious tail introduce you to the bend and twist: perhaps an even better method of catching someone’s attention. If you are an insect, you may also expect a dinner invitation (with you on the menu).

The segments of a scorpion’s tail can move in many ways: bending up and down, twisting left and right, and bending and twisting simultaneously. A new three-dimensional reconstruction of this aggressive body part reveals a special joint that is unique to the animal kingdom and that allows the tail’s bending and twisting. The research, which details a structure many scorpion biologists were familiar with but that had never been formally described, was published Wednesday in The Journal of the Royal Society Interface.

“No one looked at the structure that makes this deadly weapon move so precisely in space,” said Alice Günther, a graduate student at the University of Rostock in Germany and an author of the paper.

“This study does a great job of really digging into the complexity of something that we’ve all observed but never quantified,” said Lauren Esposito, the curator of arachnology at the California Academy of Sciences, who was not involved with the research.

Scorpions have scuttled around on Earth for around 435 million years with a flexible, segmented body part, also called a metasoma. This area is commonly called the scorpion’s tail, but technically it is not a true tail because it does not extend past the anus (rather, it contains the anus), according to Arie van der Meijden, a biologist at the Research Center in Biodiversity and Genetic Resources in Portugal, who was not involved with the research.

But tails we call them, and scorpions use them for everything that matters to an arthropod: killing, mating, digging, defecating and defending themselves. Some lustful scorpions engage in courtship rituals that involve knocking and clubbing their tails, while other scorpions scrape their stingers against their bodies to create a rasping noise that deters predators, Dr. Esposito said, noting that “they have this incredible range of motions and flexibility that’s quite astonishing.”

Dr. van der Meijden echoed that sentiment. “If you’re trying to wrestle a scorpion, which I often do, they can turn their tail almost around and sting you in every direction,” he said.

The tail becomes even more astonishing when you consider that it is an extension of the scorpion’s segmented body. Unlike a pig’s curlicue or a raccoon’s striped feather duster, a scorpion’s tail also contains the arthropod’s intestine and ventral nerve cord, the invertebrate equivalent of a human spinal cord. So while a scorpion’s tail is doing the bend and twist, it is also moving solid waste toward its anus so it can defecate through its tail.

Dr. Esposito sees the tail as an “ingenious solution to constrained body parts and mechanics,” but they admitted that the scorpion’s defecation logistics are “kind of bizarre.”

After identifying the unknown joint in 16 species of scorpions, the researchers selected a female Mesobuthus gibbosus, a camel-colored scorpion that is slightly shorter than a crayon, as a tail model. They scanned the scorpion’s metasoma using a form of CT imaging and compiled the scans to reconstruct the tail in three dimensions. Then they 3-D printed jumbo-size versions of each of the segments to test the range of motion in real life.

A scorpion’s tail is essentially a tube formed by five barrel-shaped segments that enclose the gut. The reconstruction found that the first four segments connect to each other and the middle part of the scorpion’s body through a previously undescribed joint. The back end of each barrel has an opening where the front end of the next segment can sit, twist and turn. Dr. Günther compares it to a ball-and-socket joint, except there is no socket. In a scorpion tail, there is only the ball, meaning the round edge of the joint. 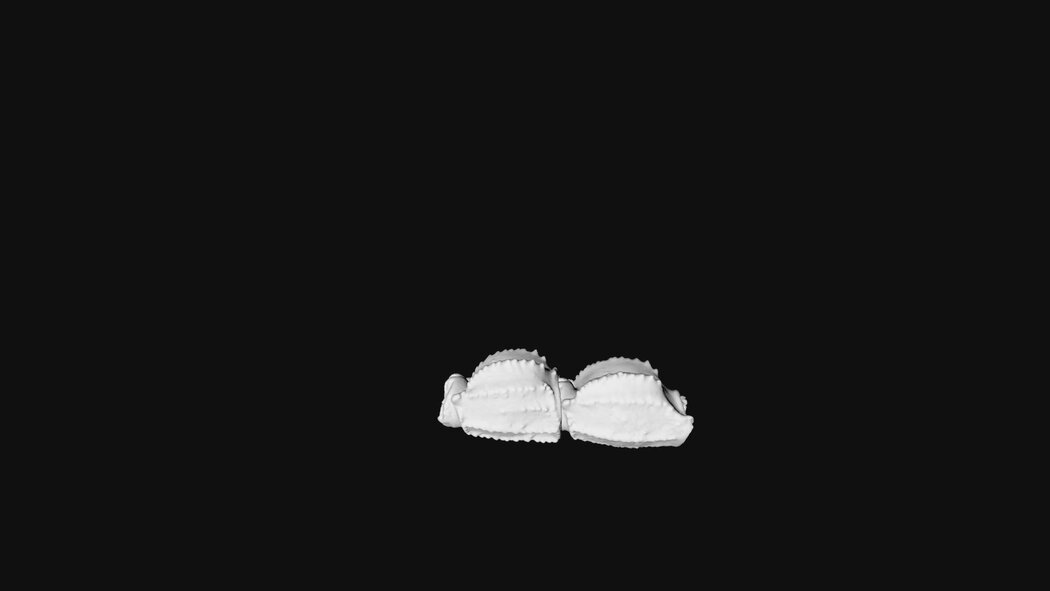 The lack of a socket allows the segments of the tail to bend up and down and twist left and right, as well as to bend and twist simultaneously. A scorpion bends its tail the way we might bend a finger, Dr. van der Meijden said, demonstrating with his finger on a Zoom call. But it can also twist its tail like a chain, he said, wincing as he personally demonstrated a human’s inability to twist a finger.

The researchers called this joint form a “sliding rolling pair” because the segments slide during twisting and might roll during bending.

The fifth, final segment in a scorpion’s tail is narrower than the rest and can only bend, not twist. But the rest of the tail is so good at bending and twisting that twisting the final segment would be superfluous, the authors write.

Of the more than 2,000 species of scorpions known to science, many have wildly different tail types. Some, like the flat rock scorpion, have long and thin tails like trains of ziti. Others, like the aptly named fattail scorpion, have more junk in their trunk. But many most likely know the same trick: the bend and twist.