Archaeologists in Japan have uncovered a historic graveyard that contains more than 1,500 bodies.

The graveyard in the city of Osaka dates back to the Edo period, according to officials. The Edo period began in 1603 and ended in 1868.

The Osaka City Board of Education and the Osaka City Cultural Heritage Association have been conducting excavations at the site since 1991, officials explained in a statement. 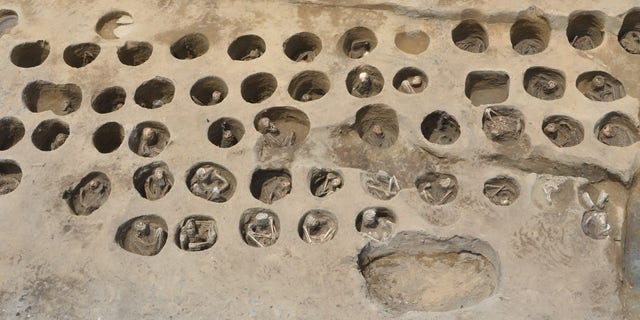 The graveyard is the city’s “Umeda Tomb” or “Umeda Graves,” one of seven historic Osaka cemeteries.

“The remains excavated, including human bones, are currently in the process of being sorted and analyzed,” said Osaka City in a statement. “In addition to humans, animals are also buried in the cemetery, with more than four piglets in the northern part of the cemetery and two horses in the southern part. A cat bone contained in a skeleton has also been found.”

Japan continues to reveal new aspects of its rich history. In 2016, for example, Roman coins were discovered in the ruins of a Japanese castle, stunning archaeologists.