Half of UK adults have been exposed to false or misleading information about coronavirus online in the last week, Ofcom study reveals

Nearly half of all UK adults have been exposed to false or misleading information about coronavirus online in the last week, an Ofcom study has revealed.

Research by the media regulator found that many people are also struggling to tell what is true or false in relation to COVID-19.

The findings follow calls from senior MPs and other organisations to better hold social media companies to account over disinformation. 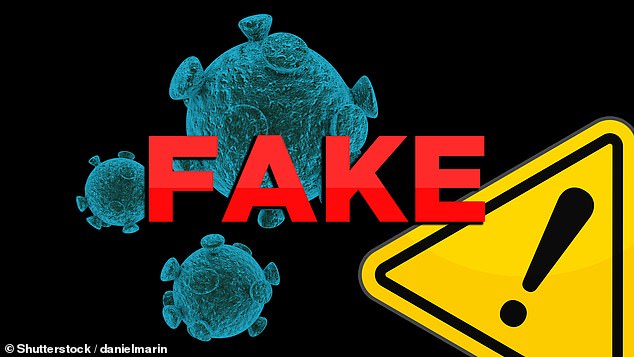 Nearly half of all UK adults have been exposed to false or misleading information about coronavirus online in the last week, an Ofcom study has revealed.

UK Culture Secretary Oliver Dowden will meet with tech firms this week to discuss how they might clamp down further on misleading COVID-19 content as false claims about the virus continue to spread online.

Since the lockdown began, 35 per cent of adults online have seen the false claim that drinking more water can flush out the infection, Ofcom said.

Meanwhile, around 24 per cent saw false claims that gargling with salt water or avoiding cold food or drink can stop the virus.

Although more than half (55 per cent) of adults say that they are ignoring false claims — with 15 per cent using fact-checking tips — one in 14 said that they were forwarding on disinformation.

Forty percent of those surveyed also said that they found it hard to determine what was true or false about the virus  a figure which rises to more than half (52 per cent) when considering 18-to-24-year-olds on their own.

Younger people were also found to be following official advice less closely, Ofcom said, with only 43 per cent of those aged 18–24 saying that they were following hand-washing advice very closely.

According to the study of 2,000 people, almost all of adults online in the UK are getting news and information about COVID-19 every day, with one in four doing so 20 or more times a day.

The survey found that the BBC’s TV, radio and online services (82 per cent) were the most common places that people turned to for news on the pandemic, followed by other broadcasters (56 per cent).

Official sources such as the World Health Organisation, the NHS and the Government were the next most popular sources of information — being used by 52 per cent of people.

The figures suggest that more people are turning to social media than newspapers,  with 49 per cent saying that they used social media platforms to get news compared with the 43 per cent who looked to the papers.

Fifteen percent of those polled also said that they used close messaging groups — such as WhatsApp or Facebook Messenger — to get information. 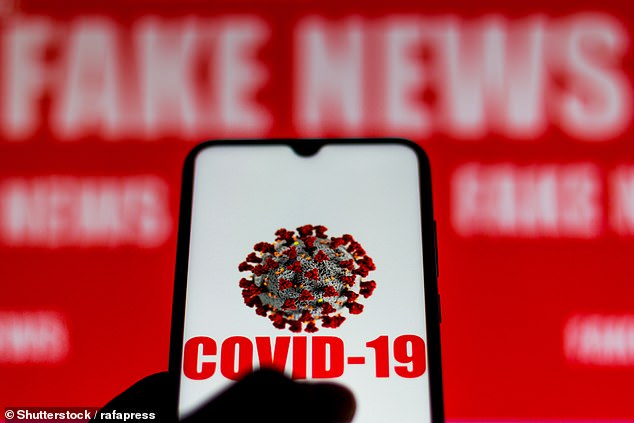 Since the lockdown began, 35 per cent of adults online have seen the false claim that drinking more water can flush out the infection, Ofcom said. Meanwhile, around 24 per cent saw false claims that gargling with salt water or avoiding cold food or drink can stop the virus

Social media platforms and other internet services have taken some steps to curb the spread of misinformation, such as promoting official advice and banning some types of content, but critics have said much more needs to be done.

Last week, a number of phone masts were damaged across the UK after theories spread online that 5G mobile technology was linked to the spread of COVID-19.

This was despite there being not a single piece of evidence suggesting a link between the two — and numerous scientists describing such a process as ‘both a physical and biological impossibility.’

‘People are turning to public authorities and traditional broadcasters for trusted information about COVID-19, and the vast majority say they’re closely following official advice,’ said Ofcom director for strategy and research, Yih-Choung Teh.

‘With so much false information circulating online, it’s never been more important that people can cut through the confusion and find accurate, trustworthy and credible sources of news and advice.’

Ofcom said that it has created a set of resources on its website to provide people with guidance on how to navigate news and information about COVID-19.

These include debunking misconceptions and harmful claims, as well as tips on how to find reliable content and identify fact from fiction.