The so-called ‘Christmas star’ is in fact a Conjunction formed by the closeness of planets Jupiter and Saturn. The two largest planets in the entire solar system are currently so close together they appear as a single object to the naked eye. And this ultra-rare event has provided an excellent chance for both professional and amateur photographers to capture the Conjunction in all its glory.

What is the Great Conjunction?

Jupiter and Saturn are so bright, in fact, that they are visible even from city lights

Dr Henry Throop, astronomer in the Planetary Science Division at NASA Headquarters, has revealed why this Conjunction has attracted so much attention.

He told Express.co.uk: “It’s been nearly 400 years since the planets passed this close to each other in the sky, and nearly 800 years since the alignment of Saturn and Jupiter occurred at night, as it will for 2020, allowing nearly everyone around the world to witness this “great conjunction”.

“The conjunction can be seen by mostly everyone on Earth. Jupiter and Saturn are so bright, in fact, that they are visible even from city lights.

“Folks just need to have a clear view of the southwester horizon about an hour after sunset.” 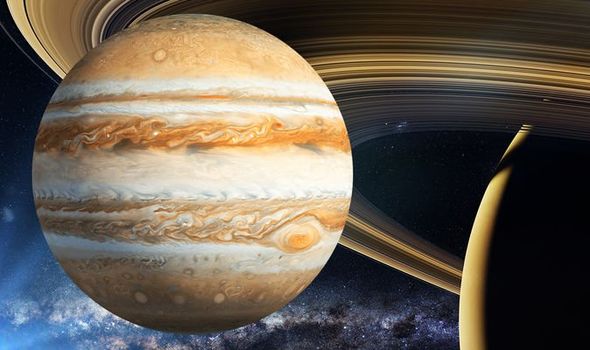 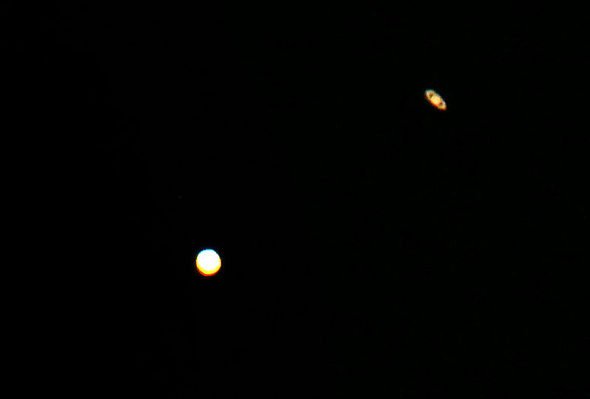 Dr Throop explained why NASA refers to this event as a ‘Great’ Conjunction of planets.

He said: “For thousands of years, people have had a strong connection to events in the sky.

“Modern historians and astronomers have identified many cosmic events that can be tied to culture or religion.

“There was a conjunction between Saturn and Jupiter in the year 7 BC. 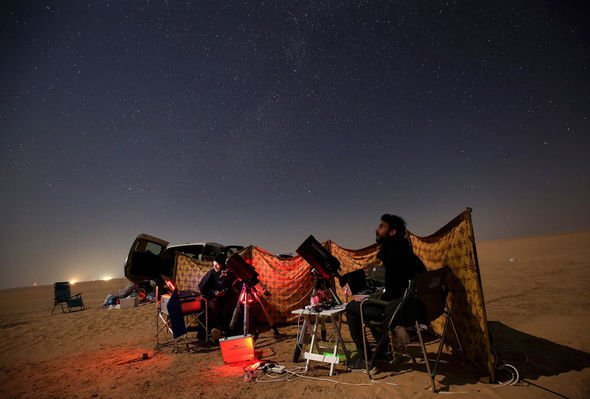 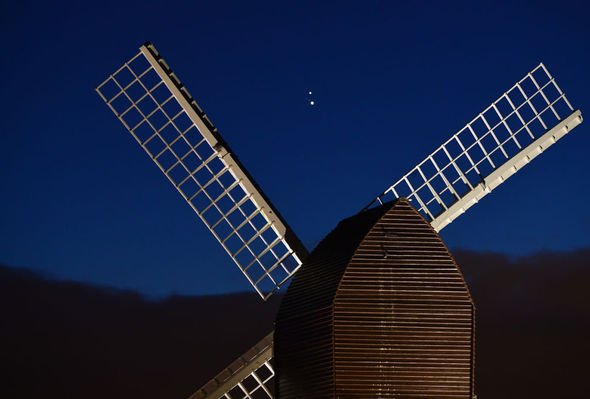 “People at the time could have observed and been inspired by this or other celestial events – such as a comet, a supernova, or an alignment between the stars and planets.”

The astronomer added why tonight’s Conjunction is that little extra special.

“And making the event even more special, this year is the closest conjunction since 1623, with the planets appearing just 0.1 degrees apart.

“The exact time you can see the Christmas star depends on where you are in the world but it started becoming visible around 4pm UK time.

“The planets have moved so close that their brightness merges together to appear as one bright light.”

Pictures are already flowing-in from all over the globe, with the pick of the bunch one shot in Kuwait. 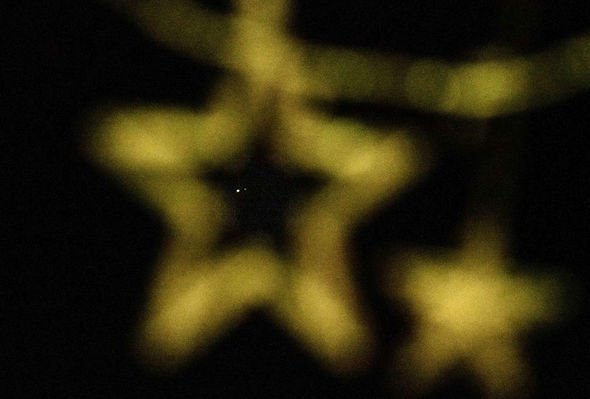 This was shot in the al-Salmi district, a desert area 120 kms west of Kuwait City,, It reveals the great conjunction of Jupiter and Saturn in superb detail.

Framed by an inky black night sky, the Conjunction picture is so crisp, Saturn’s stunning rings are clearly discernible.

And another eye-catching image is a more artistic offering captured above Koh Lipe island, Thailand.

Here, the photographer has framed the Jupiter – Saturn Conjunction with festive-themed star-shape.