Great Barrier Reef SHOULD be put on the ‘in danger’ list: UN report finds climate change is threatening site a year after the coral system was determined not to be at risk by Australia, which uses it as a top tourist attraction

The United Nations (UN) announced Monday that Australia’s Great Barrier Reef should be added to a list ‘in danger’ World Heritage sites – just a little more than one year since a decision stating the opposite was enforced.

A United Nations Educational, Scientific and Cultural Organization (UNESCO)-tasked report said warming seas and agricultural pollution have put the reef at risk and that its resilience had been ‘substantially compromised.’

However, Tanya Plibersek, the nation’s environmental minister, said Tuesday that her government ‘will lobby against’ UNESCO adding the Great Barrier to the endangered list.

While the counter is because the reef is a top tourist attraction, previous research on the site warns that if action is not taken to protect the system, it could vanish by 2025 due to global warming. 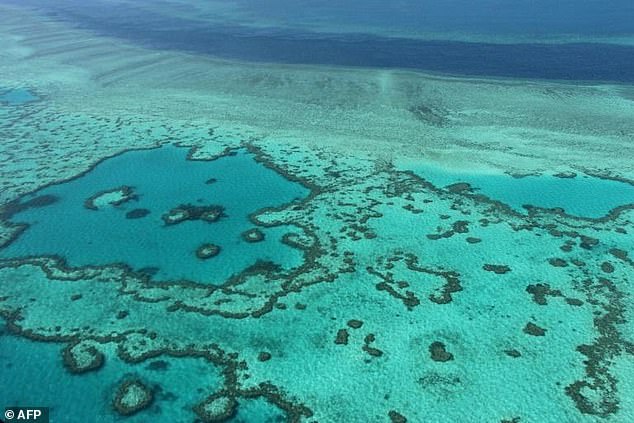 The Great Barrier Reef, located in Australia, is home to more than 2,900 individual reefs. The UN is sounding the alarm that the reef is threatened by climate change

In April 2021. the Australian Academy of Science revealed that 99 percent of the Great Barrier Reef could disappear due to climate change.

The report noted that if 2.7F (1.5C) degrees of warming continues, the world’s largest coral reef will eventually perish.

The natural wonder is expected to shrink, but only one percent of coral will remain if the Earth experiences a warming of 3.6F (2C).

However, the team also noted that Earth’s current emissions rates will likely surpass 2.7F (1.5C) by 2025 – meaning the reef could vanish from the face of our planet.

The UNESCO report echoes last year’s findings in that the Great Barrier Reef has been ‘significantly impacted’ by climate change. 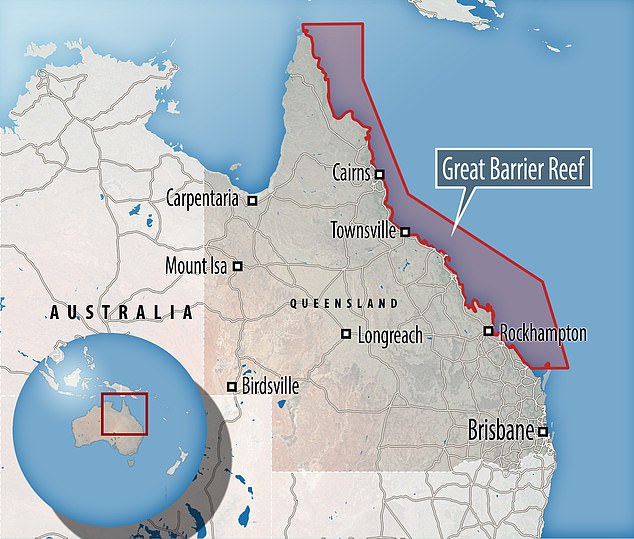 The Great Barrier Reef sits in the Coral Sea, located off the coast of Queensland 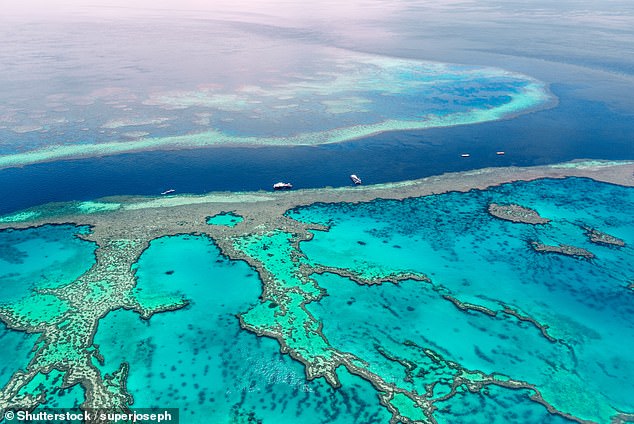 The Great Barrier Reef sits in the Coral Sea, located off the coast of Queensland and is home to more than 2,900 individual reefs, along with 215 bird species, 1,625 fish species. 113 shark and ray and 30 species of whale, dolphin and porpoise.

The report was compiled during a 10-day mission at the reef in March.

It explains that ‘while the property continues to demonstrate its Outstanding Universal Value (OUV), it is affected by several current and potential threats, notably climate change, catchment runoff, coastal development, ports and shipping, and direct extractive use.’

Plibersek acknowledged on Tuesday that the reef was under threat but said putting it on UNESCO’s ‘World Heritage in Danger’ list would be a step too far.

‘We’ll clearly make the point to UNESCO that there is no need to single the Great Barrier Reef out in this way,’ she told reporters.

World Wildlife Fund spokesman Richard Leck said the government should accept the UNESCO recommendations, noting that it is society’s ‘choice to give the world’s most iconic reef the best chance of survival,’ he said. 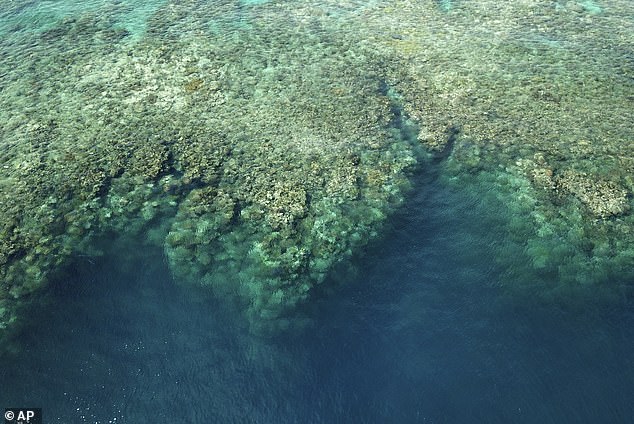 The move comes a little more than a year since the UN determined it should not be added. Last year’s decision was because the UN received pushback from Australia

Leck’s state was echoed by marine biologist Jodie Rummer who said the report shows ‘Australia has more work to do’ to protect the reef.

The report lists nearly one dozen recommendations for protecting the reef, with two deemed ‘high priority.’

These include accelerating the implementation of the Queensland Sustainable Fisheries Strategy and phasing out destructive gill net fishing on the property.

The report, written by experts from the International Union for Conservation of Nature and UNESCO, acknowledged Australia’s commitment to protecting the reef.

But it found that despite the ‘unparalleled science and management efforts,’ the reef still faced ‘considerable pressures’ linked to climate change and pollution from agricultural runoff.

Australian scientists reported in May that 91 percent of the reef’s coral had been damaged by bleaching after a prolonged summer heatwave.

It was the first time on record that the reef had suffered bleaching during a La Nina weather cycle when cooler ocean temperatures were usually expected. 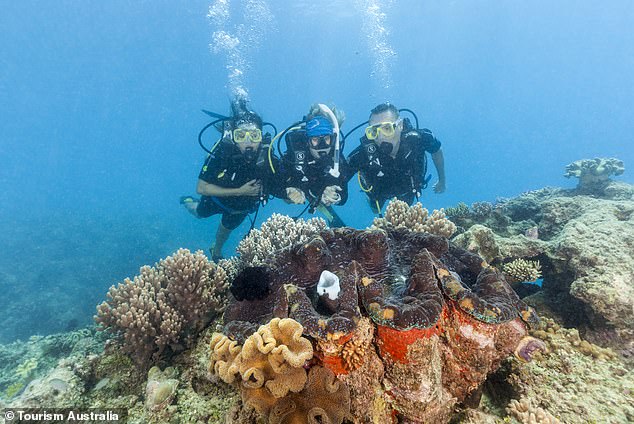 ‘The reason that UNESCO in the past has singled out a place as at risk is because they wanted to see greater government investment or greater government action and, since the change of government, both of those things have happened,’ said Plibersek.

The new government has legislated to commit Australia to reducing its greenhouse gas emissions by 43 percent below the 2005 level by 2030.

The previous government only committed to a reduction of 26 percent to 28 percent by the decade’s end.

Plibersek said her government has also committed $798 million to care for the reef and has canceled the previous government´s plans to build two major dams in Queensland state that would have affected the reef´s water quality.

Feedback from Australian officials, both at the federal and state level, will be reviewed before Paris-based UNESCO makes any official proposal to the World Heritage committee.

Is the Great Barrier Reef HEALING?

New data shows that two out of three regions of the Great Barrier Reef have recorded their highest amount of coral cover in 36 years.

Scientists show, as of April 2022, the north and central Great Barrier Reef have seen a coral cover increase in the past year – up 9 percent and 7 percent, respectively.

However, the average coral cover in the southern Great Barrier Reef has decreased to 34 percent, down from 38 percent in 2021.