Giant greenhouses the size of 26 football pitches are being built in Britain to grow tomatoes, cucumbers and peppers using excess heat from sewage farms

New greenhouses the size of 26 football pitches are being built in East Anglia to grow tomatoes, cucumbers and peppers using heat from sewage farms.

Low Carbon Farming is building greenhouses that are heated by wastewater processing in a bid to make the UK more self-sufficient in some food products.

At the moment the UK imports the majority of its tomatoes, cucumbers and peppers – often bringing them in from countries with water shortages.

The new project will eventually see Low Carbon Farming spend £2.67 billion to open 43 sewage heated greenhouses across the UK over the next five years.

The first two greenhouses are being opened in Bury St Edmunds and Norfolk, with heat supplied by sewage farms operated by Anglian Water. 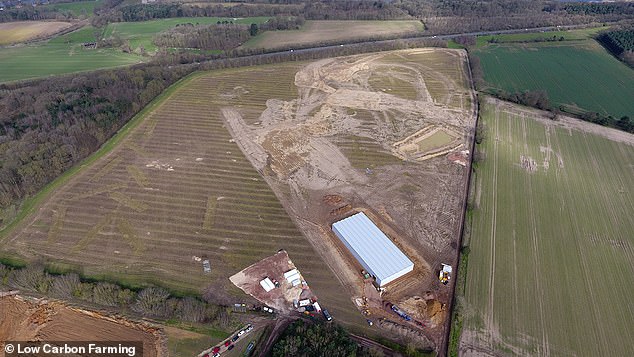 The technology works by taking treated water from sewage works and circulating it in a closed loop to pumps that extract the heat.

That ‘waste heat’ is then sent off to warm the greenhouses where a range of produce can be grown year round, according to the company behind the plans.

The technique will reduce the carbon footprint of the produce by 75 per cent compared to traditional gas-heated greenhouses.

Low Carbon Farming say they are able to use specialist screens to reduce the need for pesticides, use 10 times less water than traditional field farming and have no wastage due to water recirculation techniques.

The company says the waste water powered greenhouses will also produce ten times more than products grown in a field.

A 30 acres greenhouse is opening in Bury St Edmunds in Suffolk and a 40 acres facility will open in Norwich as part of the initial trial.

The heat will come from sewage plants operated by Anglian Water and could see the first tomatoes and peppers sent to Sainsbury’s as early as March 2021.

Andy Allen, from Low Carbon Farming, told The Times that eventually their 43 greenhouses would be able to produce 600,000 tonnes of tomatoes annually.

This is the same amount consumed in the UK every year but the bulk of tomatoes used – about four fifths – is currently imported.

Allen says the company was created to ‘solve serious national issues of food security and agricultural reliance on fossil fuels’.

‘Developing a solution has taken teams of experts from multiple disciplines and means Britain is a step closer to reducing agricultural carbon emissions,’ he said. 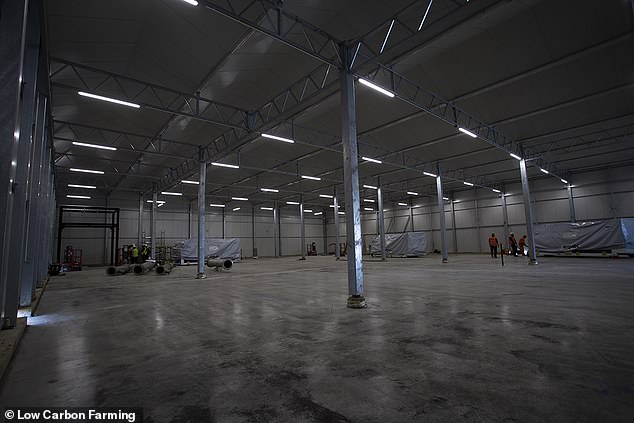 A 30 acres greenhouse is opening in Bury St Edmunds in Suffolk and a 40 acres facility will open in Norwich as part of the initial trial. 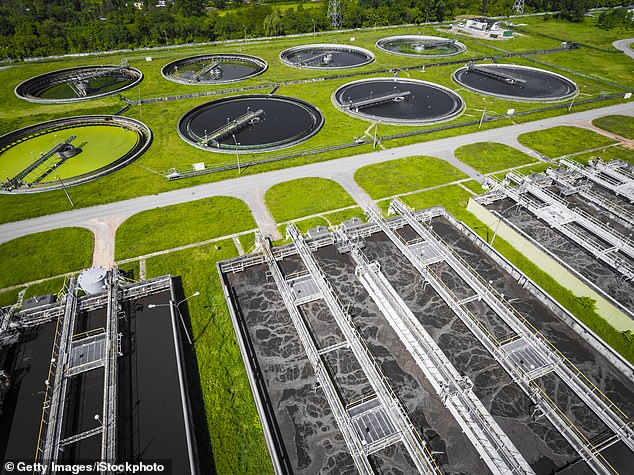 Low Carbon Farming set out to meet an increasing demand for fresh, healthy produce that was ideally farmed in the UK.

HOW DO THE GREENHOUSES GET THEIR HEAT?

The greenhouses are able to take heated water and power from nearby sewage treatment facilities.

Treated water leaving the sewage plant is put through a series of closed loops into pumps.

Those pumps then extract the heat from the wastewater and transfer it into the greenhouse.

This provides 96 per cent of the required heat – with the rest coming from gas-fired combined heat and power plants.

Food scientist from Oxford University said a system like this would help cut dependence on importing from countries with water shortages.

‘In effect we are exporting drought [by] importing fruit and veg and that’s quite a moral issue,” he told The Times.

He said they would be a ‘big blot on the landscape’ but would also help reduce the produce carbon footprint and increase food security in the UK.

Allen said they’d primarily grow produce from April to November under natural light but could also grow them in the winter under LED lights.

David Riley, head of carbon neutrality at Anglian Water, said projects like this help them fulfil their environmental obligations in an innovative way.