Romance is in your GENES: Specific mutation makes people more likely to fall in love by promoting production of ‘cuddle hormone’ oxytocin

Romantic people have a genetic mutation that produces more of the cuddle hormone oxytocin – which makes them more likely to fall in love, a study has found.

The genetic mutation boosts the mood and ability of more romantic people, urging them to form relationships, according to researchers from McGill University, Quebec.

For their research the team focused on a gene called CD38 which fuels oxytocin and found those with two copies were more affectionate.

Those that have this genetic mutation are also more likely to spend a greater amount of time eating, drinking, talking and watching TV than those without the gene. 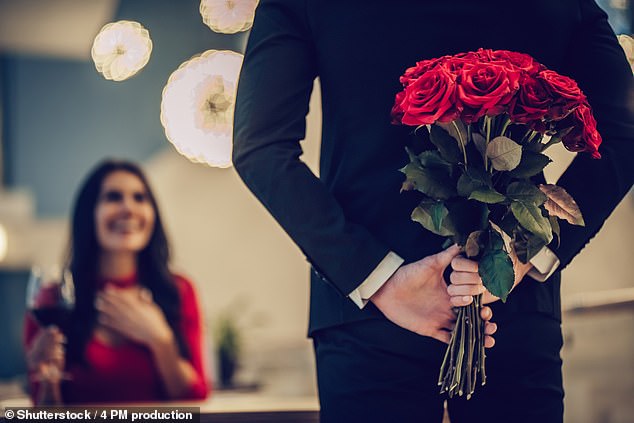 Romantic people have a genetic mutation that produces more of the cuddle hormone oxytocin – which makes them more likely to fall in love, study found. Stock image

They were also more likely to overlook mistakes, swallow pride and give in to requests – known as ‘relationship adjustment’, according to researchers.

It is the first time the gene has been associated with human romantic behaviour in daily life, according to lead author Professor Jennifer Bartz.

‘Variations may play a key role in behaviours and perceptions that support bonding in humans,’ Bartz explained.

Her team tracked 111 couples who had been together for an average of five or six years and got them to report their social behaviours and their perception of their partner’s social behaviour for a period of 20 days.

Out of the 222 individuals taking part in the study – 118 also provided genetic information – that worked out as 65 women and 53 men.

The CD38 gene has two variants, or ‘alleles’ – A and C. Every person has two copies – one inherited from each parent.

Alleles are forms of the same gene with small differences in their sequence of DNA bases. So the gene can be present in three combinations – AA, CC and AC.

Volunteers who inherited a double dose of the ‘genotype’ CC reported higher ‘communal behaviour’ than carriers of AA or AC.

Those with the genetic variant also experienced fewer negative feelings such as worry, frustration or anger than their peers.

They also rated the quality of their relationship as better – and more supportive.

Professor Bartz said: ‘Given the significance of close relationships for human survival, it is thought biological mechanisms evolved to support their initiation and maintenance.

‘Individuals with the CC allele reported higher levels of communal behaviour across their daily interactions with their romantic partner.

‘They also had higher levels of relationship adjustment.’

She added: ‘These findings support the role of oxytocin in the interpersonal processes implicated in the maintenance of close relationships.’ 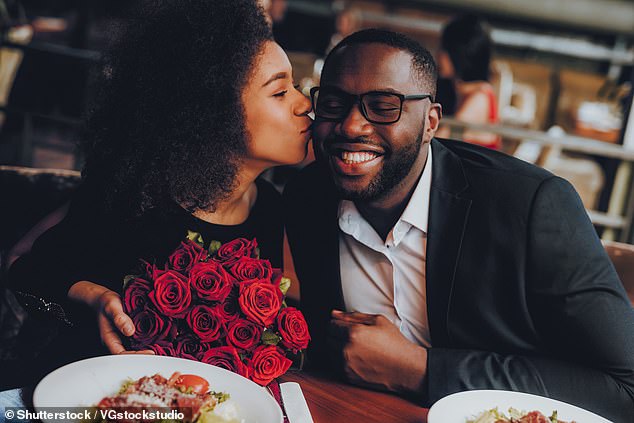 For their research the team focused on a gene called CD38 which fuels the ‘cuddle’ or ‘love’ hormone and found those with two copies were more affectionate. Stock image

They add to increasing evidence genetic factors play a role in the formation of relationships and dating websites have been launched to combine genetics and matchmaking.

Oxytocin, also known as the ‘love’ hormone, plays a significant role in emotional attachment – flooding a new mother at the birth of a child and spiking during sex.

She added: ‘We demonstrate, for the first time, that CD38, a gene linked to oxytocin secretion and social behaviour in rodents, is also involved in regulating human romantic relationships as they unfold in daily life.

‘Specifically, we show it is associated with an individual’s communal behaviour, such as the expression of affection in daily interactions with a romantic partner.’

The study was published in the journal Scientific Reports. 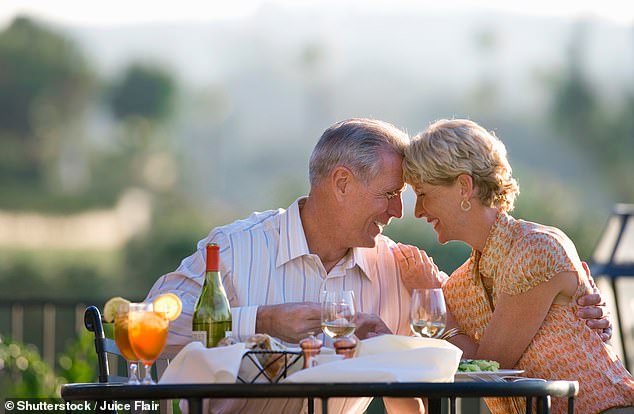 The team tracked 111 couples who had been together for an average of five or six years and got them to report their social behaviours and their perception of their partner’s social behaviour for a period of 20 days. Stock image

OXYTOCIN: THE ‘LOVE’ OR ‘CUDDLE HORMONE’ THAT IS RESPONSIBLE FOR TRUST

Oxytocin, known as the ‘love hormone’, engenders trust and generosity.

The chemical is released naturally from the brain into the blood of humans and other mammals during social and sexual behaviours.

It is produced by women during labour to help them bond with their baby, and stimulates the production of breast milk.

The chemical is also released during lovemaking, earning it the nickname ‘the cuddle hormone’.

Other loving touches, from hugging a teddy bear to stroking your pet dog, also trigger the hormone’s release.