The plan being launched will see a $600billion (£488billion) fund designed to counter Beijing’s initiative and lessen the economic grip China currently seems to be enjoying. Dubbed the Partnership for Global Infrastructure, the idea was announced on Sunday at the summit hosted by German Chancellor, Olaf Scholz.

Speaking during a press conference at the event, Mr Scholz said: “The G7 wants to make the world a better place with better infrastructure.

“Today, we launch our joint work on this with the Partnership for Global Infrastructure and Investment.”

The programme was echoed by US President Joe Biden who said: “We need worldwide effort to invest in transformative clean energy projects to ensure that critical infrastructure is resilient to changing climate.”

Although neither leader mentioned China in their speeches, the move is being widely seen as a counter-measure to the Belt and Road Initiative (BRI) which has seen China expand its economic power across Asia, Africa, South America and parts of Europe.

Economists predict China will surpass the United States as the world’s largest economy by the year 2024.

Post-Covid figures have also demonstrated China’s economy has bounced back at a healthier rate than that of its direct competition. 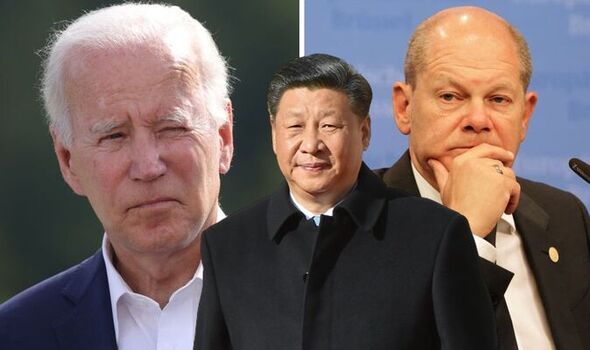 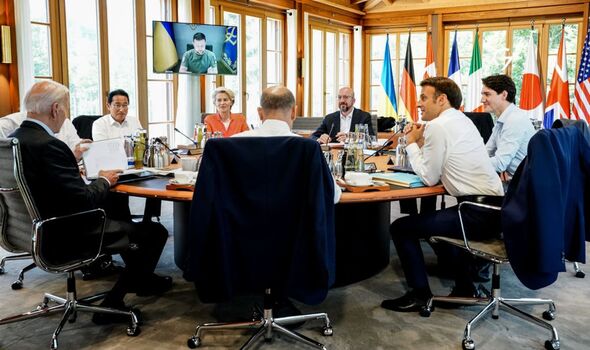 China’s Belt and Road Initiative is set to see an eye-watering $1trillion (£816billion) into the project by the year 2027.

Many critics argue the initiative amounts to exploitation of countries dealing with China, with many suggesting the forced use of Chinese labour many of the deals ignore local workers.

Furthermore, others argue China is exploiting natural resources with minerals, metals, agri-products and fish to name a few of the elements being seen in China arriving in the more developing countries.

The Chinese government promotes the Belt and Road Initiative as a global strategy for regional integration and infrastructure investment.

First proposed in 2013, and hailed by President Xi Jinping as the “project of the century”. 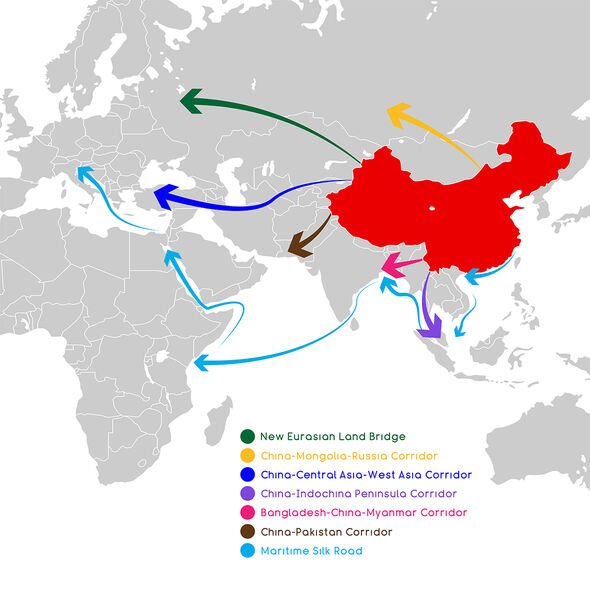 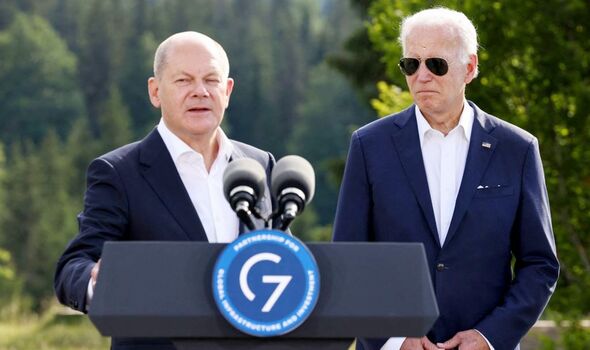 Speaking of the need for unity to combat the BRI, Mr Sholz continued: “With our joint G7 Infrastructure Initiative, we are building on strong regional initiatives such as the EU Global Gateway Initiative and the work of all G7 members.

“This is another example of our unity and close cooperation as G7 countries.” 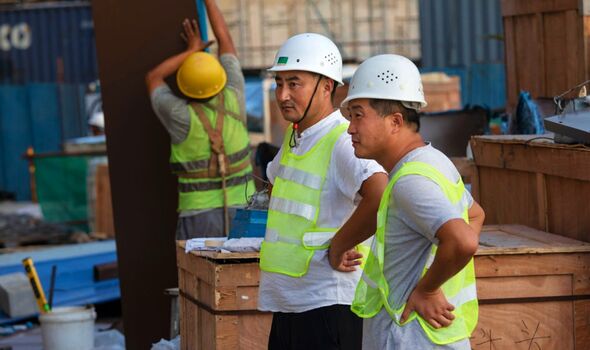 The plan was backed up by the European Union, as Council President Charles Michel said: “I am convinced that the G7, and the EU, are taking the right direction for a more stable and forward-looking partnership.”

China has labelled the G7 summit as having an “anti-China agenda”.

Wang Yiwei, director of the Institute of International Affairs at the Renmin University of China said: “The G7 summit and the imminent NATO Summit in Madrid, Spain, would very likely be Biden’s last dance in Europe, as the Democrats will probably lose the midterm election in November.

“Biden is making a final charge to convince and rally European leaders to come on board the anti-China chariot.

“The US will exploit topics related to Russia to push for its ultimate goal of containing and competing with China in order to maintain its hegemonic status in the world.”

G7 leaders used the occasion to also discuss the ongoing war in Ukraine and agreed on further unilateral economic sanctions on Russia, including limiting imports of Russian gold.