Climate change threatens marine life in 70 percent of the most biodiverse areas of Earth’s oceans as species will struggle to adapt and move, new research reveals

Future rates of warming threaten marine life in more than 70 percent of the most biodiverse parts of Earth’s oceans, new research reveals.

The researchers used a new technique to compare past and future extremes of ocean warming, which allowed them to map worldwide exposure to future climate change and determine distances that species would need to move to find better climate conditions.

‘Our research shows that locations with exceptionally high marine biodiversity are the most exposed to future oceanic warming, making them particularly vulnerable to 21st century climatic change,’ said lead author Dr. Stuart Brown from the University of Adelaide’s Environment Institute in a statement. 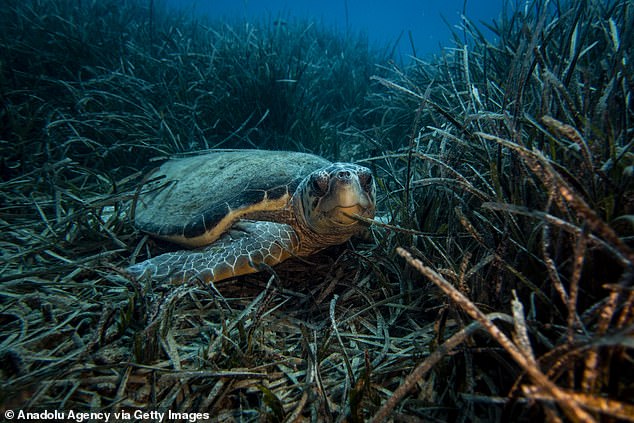 Some of Earth’s most biodiverse ocean area are under threat from climate change, new research reveals. Pictured: A caretta caretta is observed during a diving near Liman region in Kas district of in Antalya, Turkiye on September 21, 2021 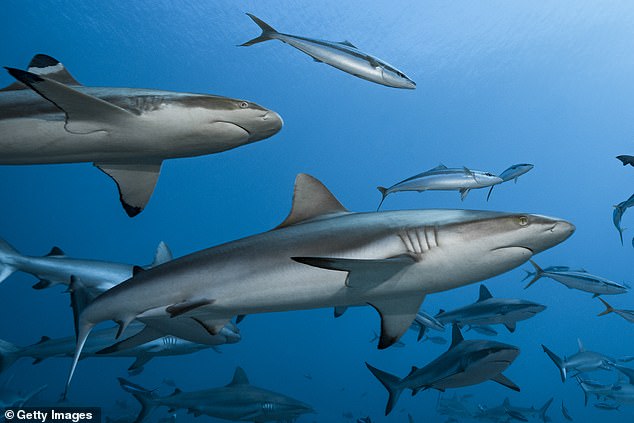 ‘This is because species living in these biodiverse regions are generally ill-equipped to respond to large changes in temperature.’

Some of the most vulnerable areas contain a majority of the world’s reef-building corals, while other vulnerable regions are home to marine megafauna including manatees.

‘In many cases this will require moving distances beyond the oceanic regions that these species evolved in and are adapted to, at rates of movement rarely seen for marine life,’ explained Brown.

‘While we have known for some years that recent human-induced climate change is affecting marine life through shifts in species distributions and abundances, the spatial pattern of exposure to past and future fast rates of ocean warming has been unclear,’ said the University of Adelaide’s Associate Professor Damien Fordham, also from the Environment Institute. 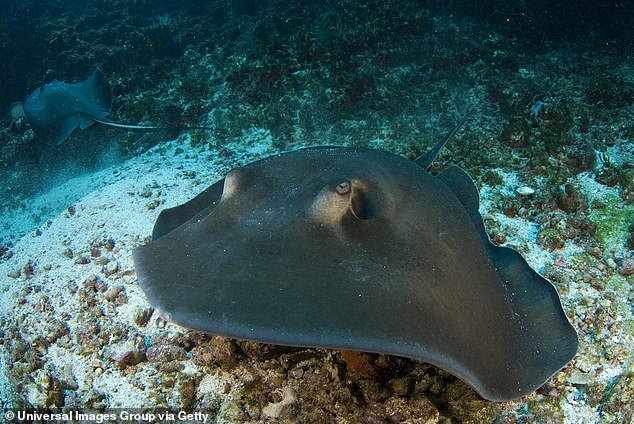 ‘In many cases [the warming] will require moving distances beyond the oceanic regions that these species evolved in and are adapted to, at rates of movement rarely seen for marine life,’ explained Brown. A southern stingray, Dasyatis americana is pictured above resting in groups on sea mount off shore Isla Mujeres Mexico Caribbean sea 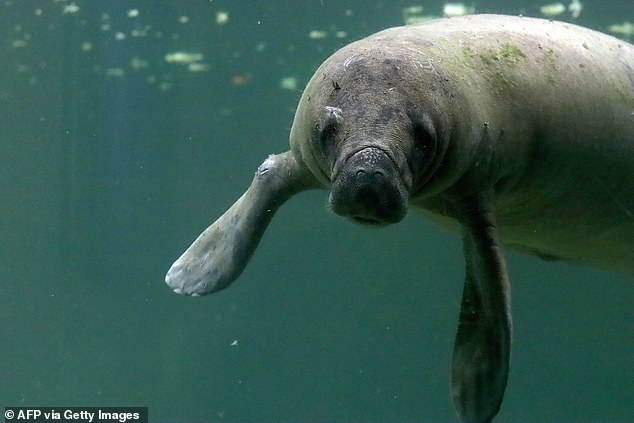 ‘The persistence of these richest areas of marine biodiversity will require many species to move well beyond the biogeographic realm where they are endemic, at rates of redistribution not previously seen,’ researchers stated in the study’s abstract.

‘Actions that strengthen ecological and evolutionary resilience to climate change should be a priority. These could include improving fisheries management, assisting the movement of species, and the expansion of well-managed, climate-smart marine protected areas.’

The scientists research was published this month in the journal Global Change Biology.

A separate study, published in the journal One Earth, found that more than a quarter of the Earth’s oceans need protection in order for marine species to live without impact from humans.

Researchers in that study said that millions of square miles of ocean should be prohibited from any human activity – such as fishing, commercial shipping and restricting pesticide runoff in waters.

‘This science shows that governments must act boldly, as they did for the Paris Agreement on climate change, if we are to stop the extinction crisis facing many marine species,’ James Watson, director of science at the Wildlife Conservation Society, said.

Virtually every component of Earth’s climate system underwent large-scale change from the end of the Last Glacial Maximum to the early Holocene (approximately 19,000 to 11,000 years ago, according to researchers

Biodiversity is the variety of life on Earth.

It encompasses diversity the number of species of plants and animals, the genetic diversity within and between these species and the different biomes and ecosystems of which they are part of.

These ecosystems can include the rainforest, tundra and desert

Biodiversity also includes the diversity within microscopic organisms, including bacteria, viruses and fungi.

How does biodiversity affect us?

Biodiversity provides us with food directly or through pollination, medical discoveries and ecosystem services.

The latter include everything from cleaning water and absorbing chemicals, which wetlands do, to providing oxygen for us to breathe.

The Earth’s biodiversity is in decline due to activities such as deforestation, land-use change, agricultural intensification, over-consumption of natural resources, pollution and climate change.

Some scientists believe that there is enough evidence to confirm that we are in the Earth’s sixth mass extinction event.

This is where there is a widespread loss of 75% of species over a relatively short geological time period of two million years.

There have been five mass extinctions so far, perhaps the most well-known one is the loss of the dinosaurs caused by the asteroid

But this current mass extinction is different, because it is caused by humans.