A carnivorous species of tree frog scientists describe as an ‘indiscriminate eating machine’ is wreaking havoc across more than 1,200 miles of Western Australia

Scientists in Australia are worried a carnivorous species of frog spreading across Southern Australia could do lasting damage to the region’s ecosystem with its insatiable eating habits.

Ecologists from the University of South Australia in Adelaide studied the spotted-thighed frog (Litoria cyclorhyncha), an insatiable tree frog that’s quickly spread across the Nullarbor Plain on the country’s southern coast.

The team analyzed the stomach contents of 76 spotted-thighed frogs taken from three different parts of the countryside around Adelaide, including an artificial wetland, a bushland region, and an urban environment. 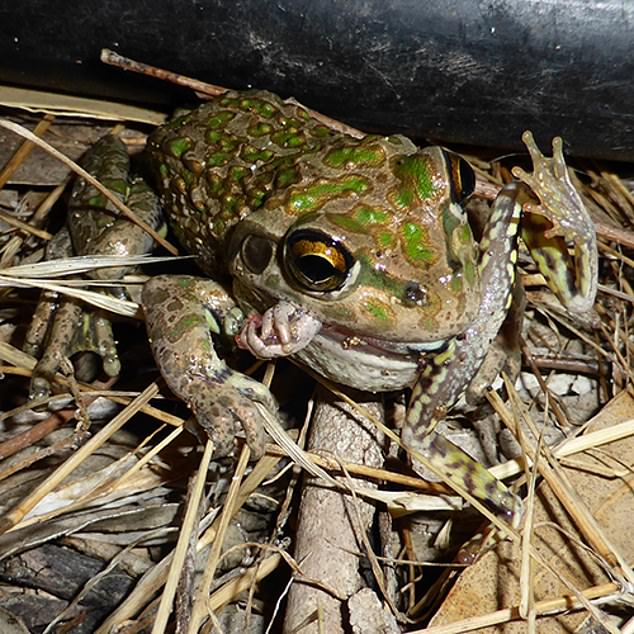 The spotted-thighed tree frog is a carnivorous tree frog that’s spread across Western Australia at a rate that worries some local ecologists, due to its voracious appetite and eating habits

The team found that on average the frog had at least six different kinds of prey in its stomach at any given time, and documented more than 200 different types of prey across all 76 frogs.

The prey included beetles, spiders, geckos, mice, insects, and even other young frogs.

‘This frog is an indiscriminate eating machine that will devour just about anything it can fit into its mouth,’ researcher Christine Taylor told the University of South Australia’s news blog.

‘We’re talking about a relatively large, predatory tree frog that, as a species is alien to South Australia, and it could have devastating impact on invaded habitats.’

‘As it eats away at local species, it’s impacting the natural ecosystem, which can displace or destroy local food webs, outcompete native birds, reptiles and mammals for resources, and potentially change natural biodiversity.’ 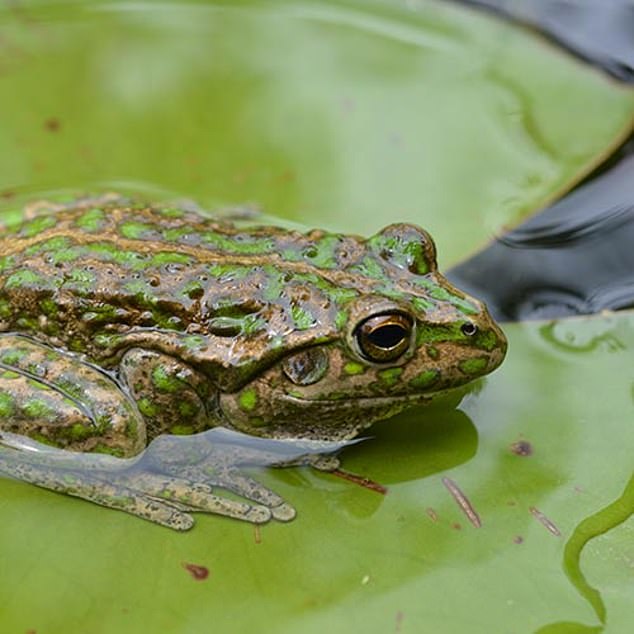 Researchers studied the stomach contents of 76 spotted-thighed frogs and found an average of six different prey animals in its digestive tract at any one time, with more than 200 different types of prey

The spotted-thighed frog was first identified in 1882 and was mostly found in Western Australia near the Recerche Archipelago on the country’s southern coast.

In recent years, locals have observed the frog migrating farther and farther eastward, with confirmed sightings as far as 1,200 miles away.

Researchers have also documented a colony of more than 1,000 spotted-thighed frogs in the seaside town of Streaky Bay, and worry the frogs’ tolerance for water salinity and high temperatures could help it spread even further.

‘Preventing further dispersal of the spotted-thighed frog is a high conservation priority.’