Manatee County officials along Florida’s Gulf Coast have ordered more than 300 people to flee from their homes should the reservoir breach. The collapse of the Piney Point reservoir threatens a full-blown environmental disaster at a former phosphate mining facility. The National Guard has been deployed to help coordinate the emergency response after one of the reservoir’s walls showed signs of instability.

Water is being pumped out of the reservoir to minimise the potential fallout but more than 300 million gallons of wastewater were still held in the “impacted compartment” on Sunday morning, local time.

A leak was first spotted at the site on March 26 and the situation has destabilised since.

An attempt to plug the leak last Friday, April 2, has failed.

Jaclyn Lopez, Florida director at the Center for Biological Diversity, said: “This environmental disaster is made worse by the fact it was entirely foreseeable and preventable.

“With 24 more phosphogypsum stacks storing more than one billion tons of this dangerous, radioactive waste in Florida, the EPA needs to step in right away.

“Federal officials need to clean up this mess the fertiliser industry has dumped on Florida communities and immediately halt further phosphogypsum production.” 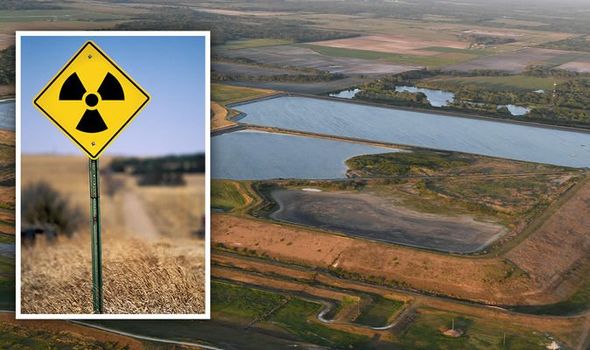 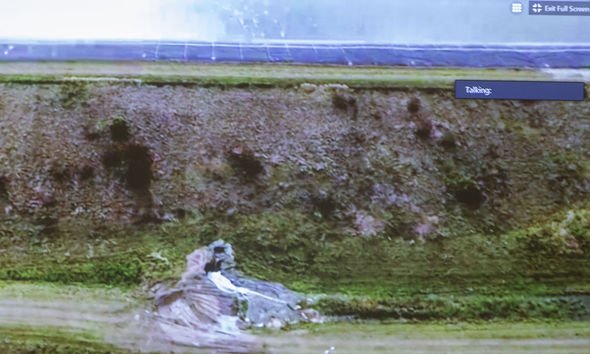 However, the governor and fellow officials stressed those responsible for the potential disaster would be held accountable after the situation is stabilised.

The Piney Point phosphate plant was purchased in 2006 by HRK Holdings, LLC.

Noah Valenstein, Secretary of the Florida Department of Environmental Protection (DEP), said: “Our teams are working around the clock to mitigate risks and ensure emergency preparedness in the area that could experience flooding, should an uncontrolled breach occur. It is clear that this facility must be closed.

“I want to assure Floridians that we are dedicated to holding HRK accountable for this issue through enforcement action.”

If the 79-acre reservoir breaches, it could send a wall of water up to 20ft into the nearby areas.

Florida: Beaver is rescued from a storm water treatment facility

What is phosphogypsum and is it radioactive?

Phosphogypsum is a radioactive waste product that forms when phosphate ore is processed into fertiliser.

The material emits the radioactive gas radon and contains trace amounts of uranium, thorium and radium.

These stacks can reach up to 200ft in height and recirculate contaminated waste water.

The Center for Biological Diversity warned: “Radium-226, found in phosphogypsum, has a 1,600-year radioactive decay half-life. 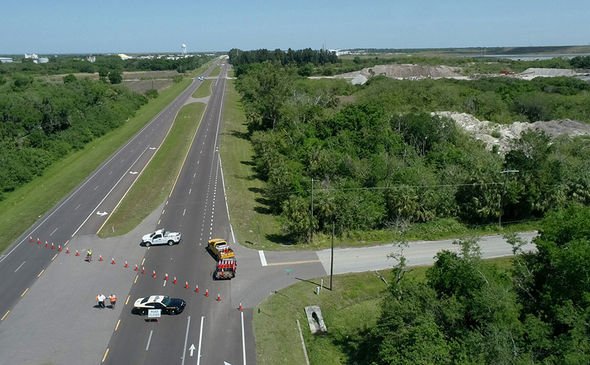 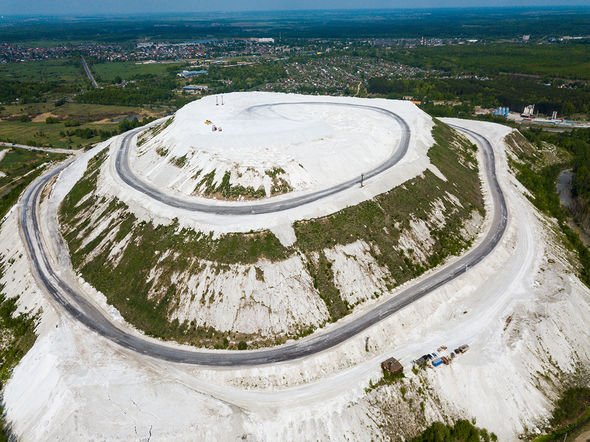 The state of Florida is home to 25 of these stacks, which can sometimes overfill and spill hazardous waste.

According to Sierra Club’s Florida Chapter, more than 200 million gallons of contaminated water were dumped into an aquifer – an underground source of freshwater – when a sinkhole opened under one such stack 2016.

At Piney Point, officials have assured the water itself is not radioactive but there is still some concern over its contents.

The water is believed to be primarily a mix of saltwater and stormwater with rainfall.

Florida’s authorities have said the water meets the quality standards for marine waters.

However, its pH levels – acidity – are somewhat out of the norm as are the total levels of phosphorus, nitrogen and ammonia nitrogen.

The water is slightly acidic but it is not expected to be a major health concern.

The DEP is monitoring the water’s quality for any changes.

There is some concern the reservoir’s breach could destabilise other holding ponds, which are believed to contain water contaminated with heavy metals.

Water is being presently discharged into Piney Creek and Port Manatee.