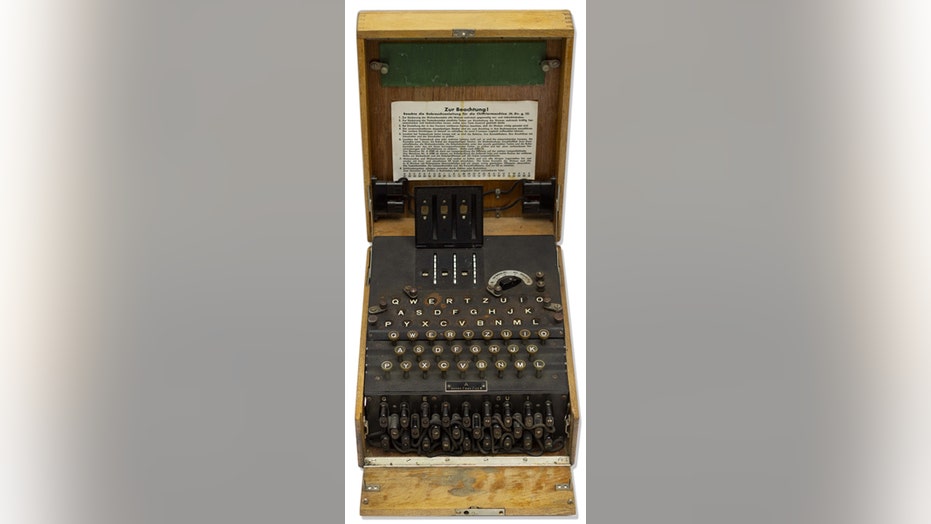 Fox News Flash top headlines for May 28 are here. Check out what’s clicking on Foxnews.com

An Enigma machine that was used by the Nazis to encrypt secret messages during World War II is up for auction later this week.

“This machine being auctioned was designed by the German Navy and was dubbed Funkschlüssel or M3,” explains Los Angeles auction house Nate D. Sanders Auctions, in a statement. “The Enigma machine could scramble the letters into any one of 17,576 combinations except the use of its original letter.”

The machine uses three cipher rotors and a QWERTZUIO mechanical keyboard, which lit up when the device was being used.

“Enigma machines are now very scarce, as Germans were ordered to destroy them to prevent them from falling into Allied hands,” Sanders said, noting that Sir Winston Churchill also ordered all Enigma machines to be destroyed at the conclusion of the war. “Only about 250 Enigma machines used during WWII are now believed to still exist. Machines having matching parts, such as this example are scarcer,” the auction house explained. 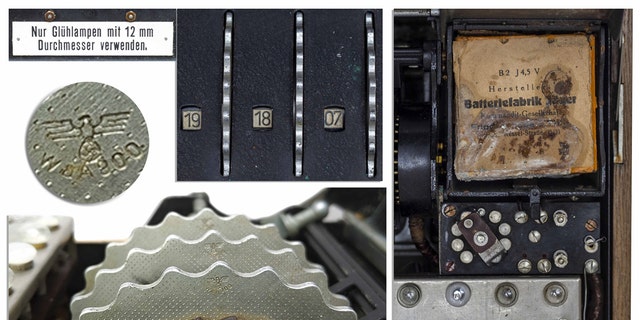 The Enigma machine being auctioned was designed by the German Navy. (Nate D. Sanders Auctions)

The auction is set to take place May 30 and bidding for the Enigma machine will start at $200,000.

Allied efforts to decode the machine, specifically the work of pioneering computer scientist Alan Turing, were depicted in the movie “The Imitation Game.” Turing and his fellow codebreakers at Bletchley Park in southern England developed a machine called the Bombe that helped decipher the encrypted German messages.

“From mid-1940, German Air Force signals were being read at Bletchley and the intelligence gained from them was helping the war effort,” the Imperial War Museum explained on its website. The German Navy’s communications, however, were more complex and Turing worked to develop a technique he dubbed 'Banburismus' to crack the naval Enigma messages from 1941. 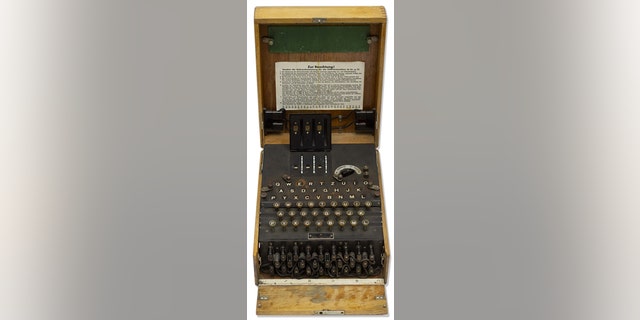 Three Poles who worked with Allied codebreakers to crack the German Enigma cipher codes were honored by the global Institute of Electrical and Electronics Engineers (IEEE) in 2014. 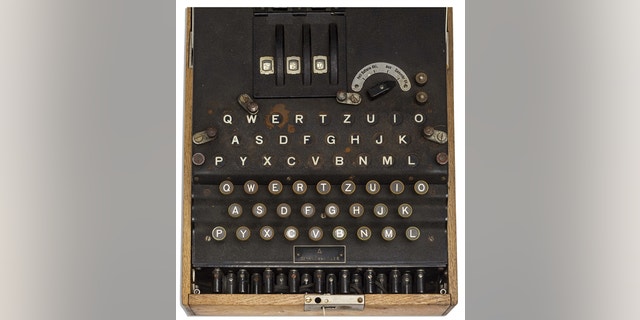