After intense international pressure, Brazilian President Jair Bolsonaro on Friday finally moved to battle the devastating blazes sweeping through the Amazon rainforest, saying that he will send in the country’s army to help fight the fires.

“The Amazon rainforest is an essential part of our history, our territory and everything that makes us feel,” Bolsonaro said in a speech Friday, according to multiple outlets.

“Being Brazilian, our wealth is invaluable both in terms of biodiversity and natural resources.”

Read more: The blazes in the Amazon are so big they can be seen from space. One map shows the alarming scale of the fires.

Bolsonaro, however, said that the fires, which are destroying large swathes of the world’s largest rainforest are no worse than fires in recent years, and are in the “average” range for the last 15 years,the BBC reported.

“We are in a traditionally hot and dry season, with high winds, when every year we have wildfires,” he said. “In hotter years, wildfires are more common.” 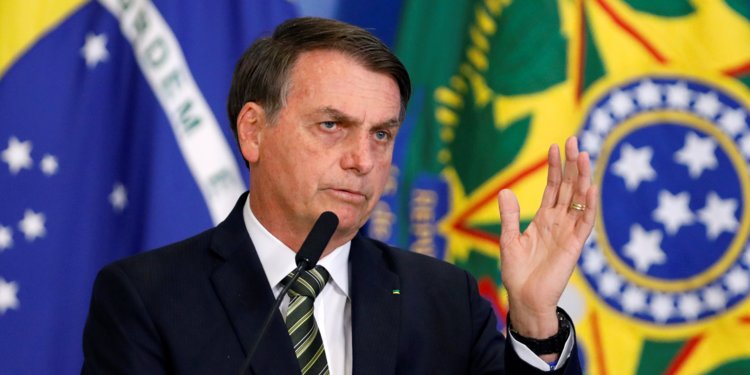 Bolsonaro has faced sharp criticism from leaders around the world for his previous inaction in tackling the fires, with French President Emmanuel Macron particularly forthright in his attacks, saying that “our house is burning,” in a tweet Thursday.

“Our house is burning. Literally. The Amazon rain forest – the lungs which produces 20% of our planet’s oxygen – is on fire. It is an international crisis. Members of the G7 Summit, let’s discuss this emergency first order in two days!” he wrote.

“I regret that Macron seeks to make personal political gains in an internal matter for Brazil and other Amazonian countries. The sensationalist tone he used does nothing to solve the problem,” Bolsonaro tweeted in reply.

Even as he moved to slow the forest fires, Bolsonarocontinued to accuse foreign leaders of using the crisis as a stick with which to beat him, saying it “cannot serve as a pretext for possible international sanctions.”

“Forest fires exist around the world, and this cannot serve as a pretext for possible international sanctions,” he said, according to CNN.

“Spreading unfounded data and messages inside or outside Brazil does not help solve the problem and lends itself only to political use and misinformation,” he added. 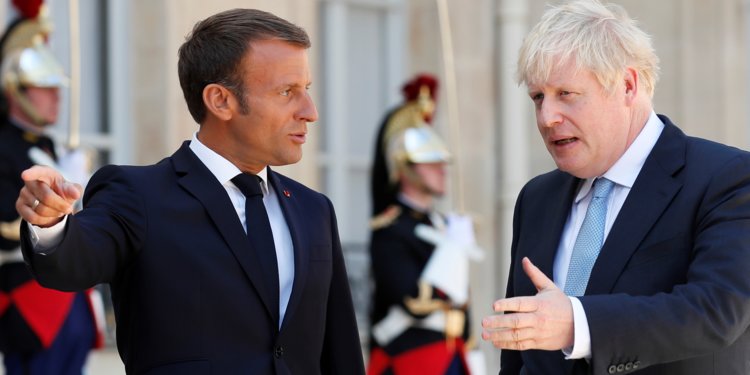 French President Emmanuel Macron and British Prime Minister Boris Johnson have both called for action in the Amazon.Reuters

Leaders from the G7 nations — the US, UK, France, Germany, Japan, Italy, and Canada — will this weekend meet in France, with other leaders echoing Macron’s enthusiasm for coming up with a solution to the Amazon fires.

British Prime Minister Boris Johnson gave his backing Friday to discussions, with a spokesperson saying: “We need international action to protect the world’s rainforests,”according to CNN.

Johnson will use the weekend’s meetings “to call for a renewed focus on protecting nature and tackling climate change together,” the spokesperson added.

Fires in the Amazon right now are so severe that it islosing the equivalent of three football fields per minute, according todata fromBrazilian satellites.

In July, the world’s largest rainforest lost 519 square miles (1,345 square kilometers) of trees, setting a new record for the most deforestation that the Amazon experienced in a single month,The Guardian reported.

Read more: Fires in the Amazon could be part of a doomsday scenario that sees the rainforest spewing carbon into the atmosphere and speeding up climate change even more

Brazil’s National Institute for Space Research (INPE) reported an 80% increase in wildfires, with a total of 72,843 incidents this year, according toNational Geographic.

The vast majority of fires burning in the Amazon are believed to be manmade, either on purpose or by accident, with the fires often used to clear the land for industries like logging and cattle farming.

Alberto Setzer, a senior scientist at Brazil’s INPEtold CNN that about 99% of fires in the Amazon start by humans actions, “either on purpose or by accident.”