June will go down in history as the hottest month the world has ever experienced – and heatwaves like the one roasting Europe could soon become the new normal.

Scientists behind new research say that such heatwaves are up to 100 times more likely now than they were a century ago.

They also claim that the will become the norm by the middle of next century, if current warming trends continue.

Two separate studies undertaken in the wake of the latest period of unusually warm weather examined how these temperatures compare with the planet’s recent past.

Experts from the Copernicus Climate Change Service studied European Union data on temperatures across the continent over the past month.

They found that the European-average temperature for June 2019 was higher than for any other June on record – at 2°C (3.6°F) above normal.

Researchers from The World Weather Attribution initiative also discovered that extended three-day warm periods are five to 10 times more likely now than in 1900. 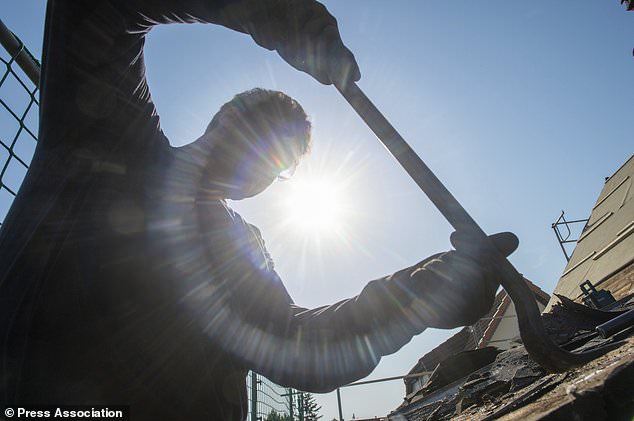 The study has not been peer-reviewed yet, but the group uses methods that are widely considered valid in the scientific community.

With the heatwave moving towards eastern Europe, temperatures soared to 39°C in Serbia on Tuesday, though showers in the evening could provide some relief.

Drinking water tanks have been set up in Belgrade parks with doctors warning the elderly to stay indoors.

The surge in temperatures comes after weeks of unusually severe thunderstorms in parts of Serbia, Bulgaria, Romania, Bosnia and Croatia that have triggered floods and extreme humidity.

In Germany, thousands of firefighters, soldiers and civil defence personnel are battling a large wildfire in an area used for military exercises after weeks of dry weather.

Officials said the blaze in Luebtheen, about 100 miles north west of Berlin, is the biggest in the history of Mecklenburg Western Pomerania state.

WHAT ARE THE BEST WAYS TO KEEP COOL DURING A HEATWAVE?

The NHS has a number of tips for keeping cool during bouts of unusually hot weather.

– Open windows or other vents around the home

– Turn off lights and electrical equipment that isn’t in use

– Take a break if your home gets too hot: Head to a nearby air-conditioned building like a library or supermarket