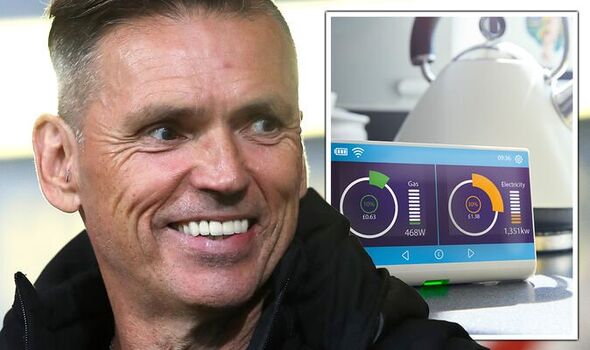 Eco-entrepreneur Dale Vince, 60, has unveiled plans for energy firm Ecotricity’s first £11million green gas plant which he hopes to have up and running by early next year. The plant, near Reading in Berkshire, will provide all the annual gas needed by 4,000 local homes when fully operational.

An independent report by researchers at Imperial College London found there is enough grassland in Britain, not involved in food production, to provide gas for all homes.

The cost of building gas from grass mills is also much less than installing heat pumps, Dale said.

The founder of energy firm Ecotricity, said: “This report could not be more timely – we’re deep into an energy security crisis that has exacerbated an existing energy price crisis – while we urgently need to deal with the role of energy in the climate crisis anyway.

“The answer is not to throw away our national gas grid and the tens of millions of appliances that use it, imposing vast costs on the public. The answer is simply to change the gas we put into the grid. And carry on as normal.

“Green gas is cheaper, faster and far less wasteful than a switch to heat pumps. And it will work for every home – no exceptions.

“Yesterday we announced a new gas field ‘discovered’ in Britain – this report shows that Britain’s grassland could actually be our new North Sea – but with a significant difference – it will never run out.”

Ecotricity’s green gas mill will be fed by herbal lays – a mix of grass and herbs – sown and grown on farmland beside the plant.

This would provide enough energy to heat 24.3 million homes with well-insulated systems.

Dale, who is backing our campaign to save Britain’s boilers, said: “A home that uses a heat pump will have annual energy bills that are higher by over 40 percent – than the same home using a gas boiler.

“Heat pumps won’t work in 20 percent of our homes without significant home upgrades – while for another 20 percent they won’t work full stop.

A national air source heat pump program will cost six times as much as a green gas program – almost £300 billion versus £50 billion.”

The Government has plans to reach net zero carbon emissions by 2050 and reduce the UK’s reliance on fossil fuels following Russia’s invasion of Ukraine.

Household energy bills spiked by hundreds of pounds in the last year, partly because of the rise in wholesale prices following Russia’s war in Ukraine.

The energy price cap is now expected to rise to near £2,600 in October, a significant rise on the current cap of £1,971.

Dale said: “To us, gas from grass is an amazing opportunity – right beneath our feet.”