In physical cosmology and astronomy, dark energy is a mysterious unknown force that affects the universe. The first observational evidence for its existence came from supernovae measurements, which showed that the universe does not expand at a constant rate, rather, the expansion of the universe is accelerating. Measurements of the cosmic microwave background suggest the universe began in a hot Big Bang, from which general relativity explains its evolution and without introducing a new form of energy, there was no way to explain how an accelerating universe could be measured.

However, the same energy that may have helped explain this evolution, may also be its downfall, according to Prof Greene.

Appearing on Neil deGrasse Tyson’s ‘StarTalk’ podcast, the scientist was asked by co-host Chuck Nice: “What is time made of?

“It must be made of something because, presumably, it was created during the Big Bang and it interacts with things like and gravity.”

Prof Greene explained how this very question had been on his mind, leading him to support a theoretical framework in which particles are replaced by one-dimensional objects called strings that propagate through space and interact with each other. 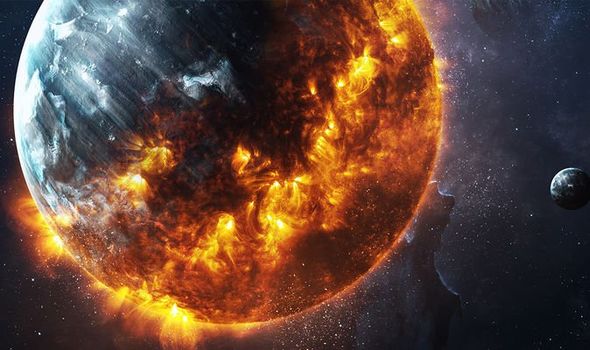 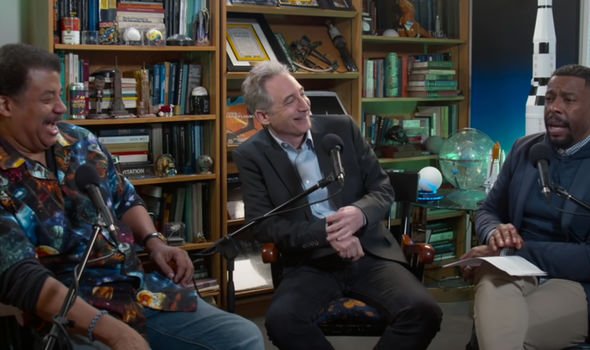 He said: “This is an idea that is starting to become a thing right now.

“It is certainly the case that the intuition is right on target when we look at ordinary material – objects in the real world – they are made of stuff, they are made of molecules, atoms, sub-atomic particles.

“Could that idea be relevant for space and time? People have thought about this for a long time, but recently there have been developments in a variety of fields – the string theory is one of them.

“We are starting to catch a glimpse of what the ingredients of space and time might actually be.

“We have some evidence that space itself may be stitched by the threads of quantum entanglement.” 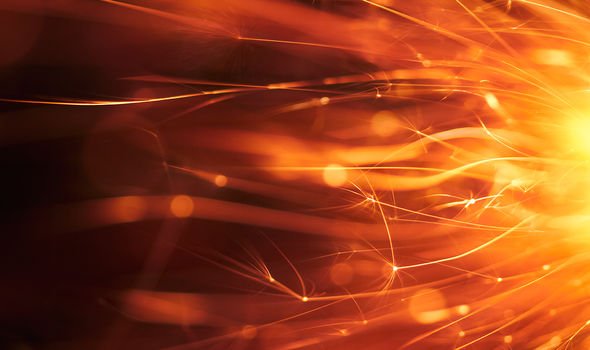 Prof Greene went on to detail how experts are increasingly tipping dark energy to be a key part of the universe’s foundations.

He added: “This idea links distant objects in a way that appears although they are right next to each other in terms of their physical properties.

“It may be that the threads of quantum entanglement are the stitches in the fabric of spacetime itself.

“In fact, you don’t even need to know about the ingredients in the fabric of spacetime.

“Right now, we know that dark energy is pushing distant galaxies away.” 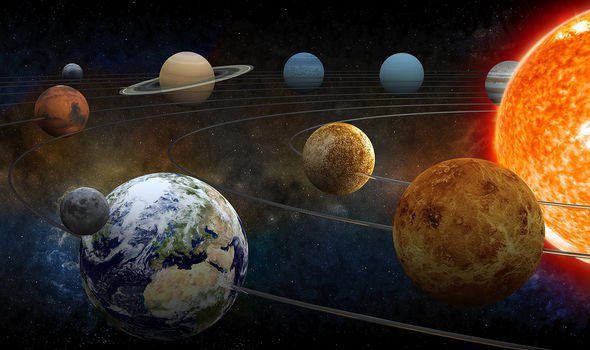 However, the 57-year-old explained it could continue to accelerate, causing issues for planets like the Earth, which relies on the Sun for life to exist.

He added: “It’s possible that dark energy gains strength over time which means it would not only drive the distant galaxies away, but it would start to drive even planets away from their stars.

“It could even drive electrons away from the nucleus of atoms, which would rip matter apart.

“Depending on the very nature of spacetime, it could be that the dark energy, growing over time, might sunder space itself – it might rip the fabric of space apart.”

Mr Nice queried: “You’re talking about the actual tearing of the universe itself?” 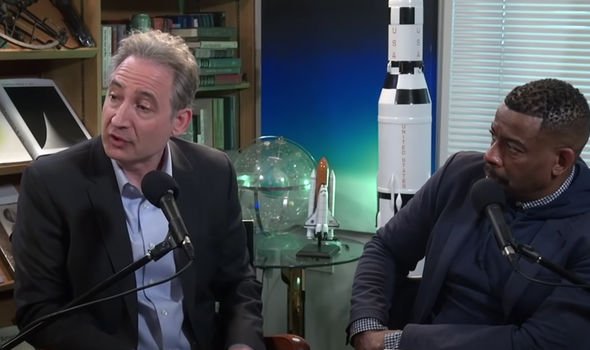 Prof Greene confirmed he believed it would, but added that he has another theory that may save the universe from devastation.

He continued in May: “Yes. But I should point out that a paper that I wrote a few years ago was the first mathematical demonstration within string theory that the fabric of space can rip apart in a matter that would not yield a catastrophe.

“It would repair itself, and it would be a new behaviour within the repertoire that space can accomplish that Einstein didn’t think about.

“When you ignite general relativity and quantum mechanics you get new things that space can do, and one of them may be tearing apart.”