Throughout history people have looked to the heavens in order to know what to do next; to predict what might be around the corner. Whether that is to know what sort of weather to expect, as a sign from God that something is wrong, or perhaps in a bid to search for extraterrestrial life.  Since ancient times, celestial phenomena have been intensely scrutinised as signs, omens, that bad times are ahead.

This is especially true of comets, of which sightings, by chance or not, have coincided with tragic natural disasters and historical landmarks more than once.

Many were forgiven for thinking, then, that when comet NEOWISE shot across the sky in March, that something bad would soon unfold, as proposed by astronomer Paul Truelove.

He said that given the scientific knowledge we currently have, it is hard for modern humans to appreciate the extent to which comets were once considered as sure signs of a bleakness on the horizon.

He told BBC Sky At Night magazine: “Even relatively rare petrological happenings, such as a lunar halo appearing with the chance placement of a planet in it, gave rise to rush sayings as, ‘if the Moon is surrounded by a halo, and a planet stands in it: robbers will rage.'” 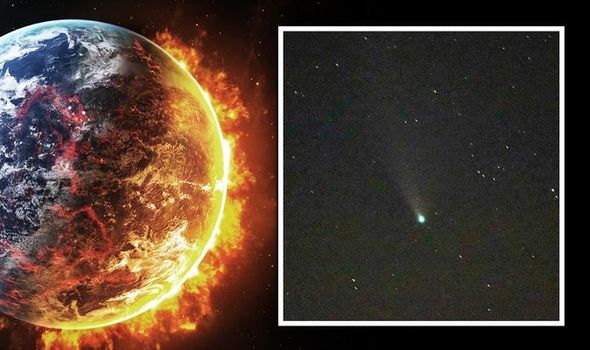 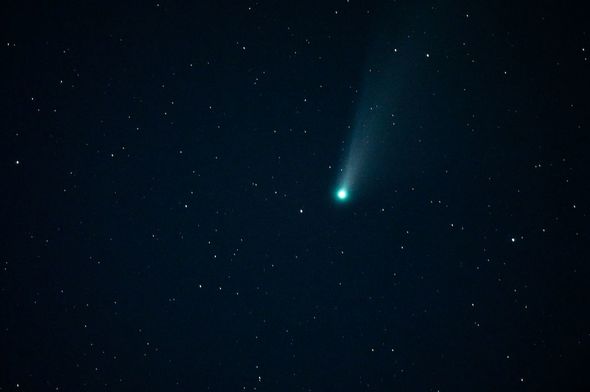 It is an interesting point then, that bright comets have often appeared just at the very moments that dramatic and world-changing events were under way.

An example can be found in Julius Caesar.

It is widely known that the emperor was murdered in 44 BC.

What is less known is that when his adopted son, Octavian, organised a funerary service to deify and celebrate his father, four months after his death, a bright comet shone in the skies above the Roman Forum.

JUST IN: Meteor shower THIS WEEK: How to spot Taurid shooting stars 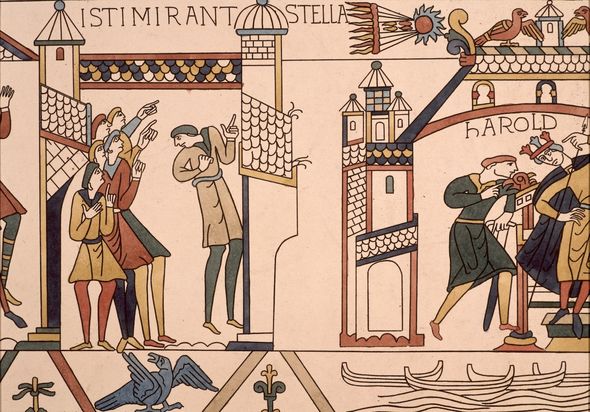 The best known example, Mr Truelove said, is Halley’s Comet, which “flashed across the skies in 1066 before King Harold’s defeat at the Battle of Hastings”.

Such was the comet’s impact on those present that it was immortalised in the Bayeux Tapestry, which depicts a number of nobles from Harold’s court gazing skyward, pointing at the “hairy star”.

Nearly 200 hundred years later, when Pope Urban IV died, another comet flashed across the sky – known today as the Great Comet of 1264.

The history books say the Pope fell ill on the day it appeared and died the day it went away.

DON’T MISS
NASA stunned by phenomenon marking X across space [REPORT]
Alien life on Venus could have been transported from Earth [INSIGHT]
Meteor shower this week: How to watch the beautiful Draconids shower [ANALYSIS] 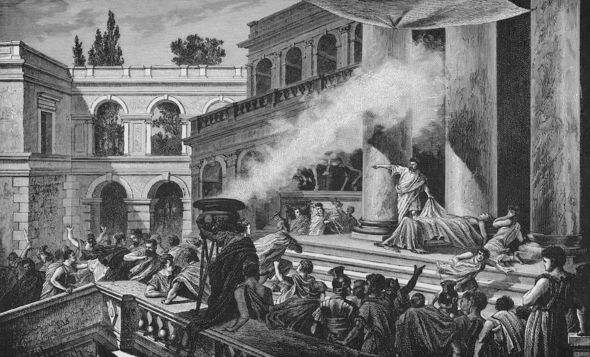 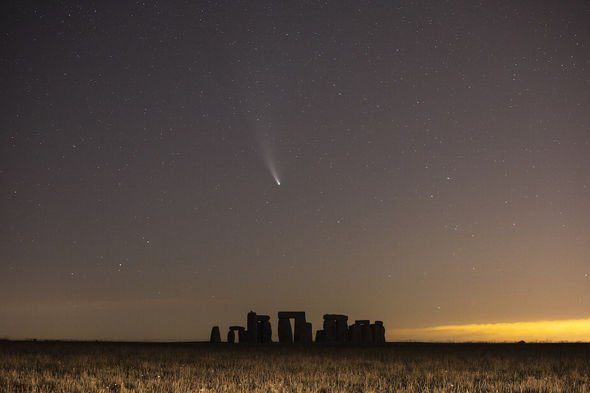 Numerous other examples accompany our fascination with comets; the most recent and well-known, perhaps, being the birth and death of renowned writer Mark Twain.

Halley’s Comet rounded his entire life cycle, popping into the night sky during his birth; making itself scarce in the year of his death.

Mr Truelove said: “How strange and improbable it is then, that now, after such a long absence of bright comets from our skies, Comet NEOWISE should seemingly choose to continue this same centuries-old tradition and be at its spectacular best during the very months that COVID-19 took hold as a pandemic and swept around the planet.

“Perhaps, like the ancients, we should have taken its arrival to be an omen of things to come.”

You can read this month’s issue of BBC Science Focus by subscribing here.