Conspiracy theorists have come out in force this month after it was announced Jupiter and Saturn will pass within touching distance of one another on the evening of December 21 – the night of the winter solstice. The so-called Great Conjunction, which only happens every 20 years, will be the closest visible conjunction since 1226. The planets will come within 0.1 degrees, which has led some to believe the conjunction will resemble the Christmas Star of Bethlehem from the Bible’s New Testaments.

Even more bizarrely, niche groups of evangelical Christians believe this event, which will unfold just four days before Christmas, is somehow a prophetic sign from God.

Matters are further complicated by claims the ancient Mayan calendar will run out on December 21 – the supposed date of the end of the world.

Paul Begley, a TV evangelist and online personality, has now warned all of these events will come together on the night of his birthday and that could mean our days are numbered.

Pastor Begley is a popular purveyor of doomsday prophecies and baseless conspiracies who hosts the weekly TV series The Coming Apocalypse. 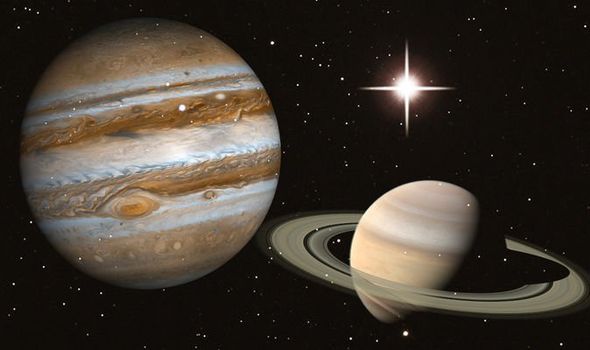 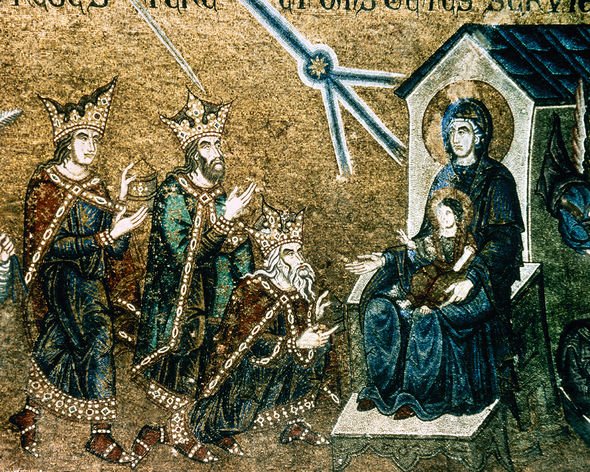 On an almost daily basis, the preacher uploads videos to his YouTube channel where he draws links between modern-day events, natural phenomena, politics, and the Bible.

In a recent Sunday broadcast, he said: “The Grand Conjunction is a prophetic sign, I believe, that’s letting us know you’re in the Messianic era, that you’re in the apocalyptic era, because we’re not going to see this sign again.

“Jesus certainly is coming back before 500 years, maybe? I would almost guarantee it, but I’m not God.

“If it isn’t, then the world will be so wicked I won’t even know if we can recognise it.

“But one thing’s for sure, there’s going to be more signs in the heavens than even this one.

“But this one, it’s timing: winter solstice – oh, it’s my birthday too. Is that apocalyptic? I don’t know.

“But one thing’s for sure, it’s all converging while everything else is happening.”

According to the Bible, Jesus Christ’s death was announced by the arrival of a bright star in the skies.

Scripture says this star led three wise men from the east to Bethlehem where they paid tribute to the newly-born King of the Jews. 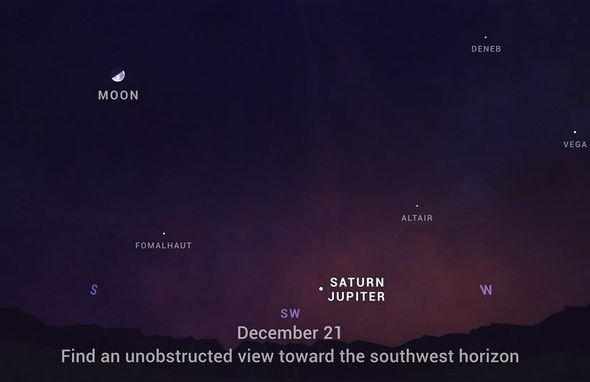 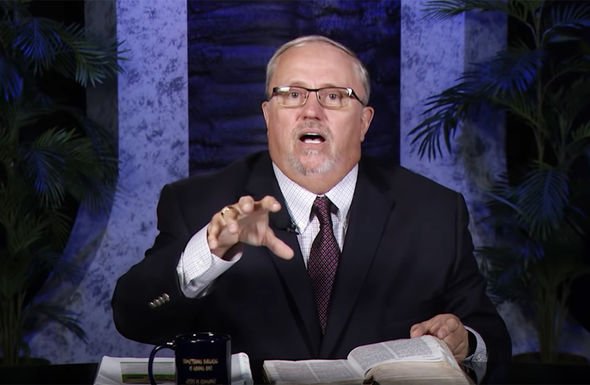 Although historians question whether this version of accounts is accurate, some astronomers have proposed in the past the Christmas Star may have been a Great Conjunction.

Alternative theories have proposed the star was a bright comet’s flyby or the supernova death of a distant star.

But there is no consensus or concrete archaeological evidence or account to substantiate any of these theories.

It is also unlikely Saturn and Jupiter will comet close enough on Monday night to appear as a single object.

Astronomer Tom Kerss told Express.co.uk Jupiter will shine considerably brighter than Saturn but both planets should be distinguishable.

Many Bible experts are also critical of attempts to date set the prophesied return of Jesus Christ.

Stephen Witmer, pastor of Pepperell Christian Fellowship in Pepperell, Massachusetts, said in 2017: “When our waiting for Jesus is founded on God’s promise, we draw our confidence from the dependability of the one who has made the promise.

“That’s good news for Christians because the God of promise is the sovereign Lord of history, and therefore totally reliable.

“Our certainty arises from the dependability of God’s character, not the precision of our calculations.”